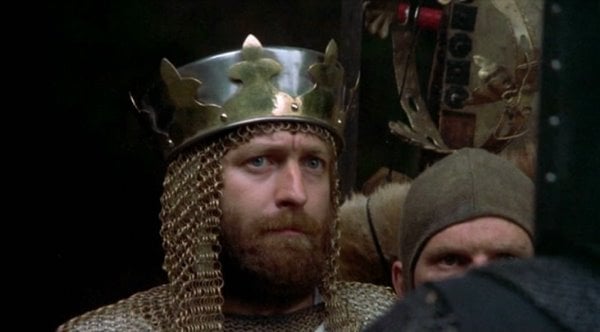 Out of all the legends and tales that have been spun throughout the history of Hollywood, the legend of King Arthur is one of those that has been fairly constant and tends to earn a great deal of attention from many fans since it’s been one of the many stories that people cling to for one reason or another. Admittedly, it is a great story no matter that much of it is myth and legend according to many historians since the title of King Arthur can be laid at the feet of several rulers that exemplify the traits of the legendary character, which makes a ‘faithful retelling’ more than a little difficult but definitely appealing. Zack Snyder is planning to take on his own version of the King Arthur legend and sounds as though he’s going to be telling what he describes as a story that is closer to the truth than many, which is amusing but also bound to gain the attention of several fans since Snyder is already in the good graces of many for coming back to give the Snyder Cut of the Justice League. At least, he’s in their good graces now since we have yet to see the Snyder Cut, which is bound to be a big reveal as to whether the incessant need of the fans was worth the brief but fairly annoying clamor that went up not long after Joss Whedon’s version failed to truly inspire that many.

Taking on the legend of King Arthur is something that’s both ambitious and worthy of caution due to the nature of story and how malleable it really is. Ask virtually any historian that knows something of Arthurian legend and it’s fair to say that you’ll get more than one story and one account of how Arthur could be one of a number of different historical characters that were used to create and stimulate the tale. From Arthur to his knights to his allies and enemies, the story is one that has managed to captivate a great number of fans over the years since it tells of adventure, intrigue, romance in some ways, and several other elements that can be made to appear as magical as one needs or as practical as possible. Arthurian legends have been popular in cinema for a long time now and each movie that’s been made that has anything to do with King Arthur or any aspect of his story has been pushed to such a degree, because people are willing to watch and hopefully see something different. With Snyder at the helm though one can imagine that there might be a great deal of shadow since his movies tend to take things to a very dark place at times. The thing about Arthurian legend is that it is a general mix of triumphs and tragedies, so he has a great deal of stories to draw from in order to create something that might appeal to his fans. Whether he’ll be able to put a new and impressive spin on an old legend is something that might have people curious to see what he’ll do, but given that enough people have been impressed with what he’s done thus far, it feels that this project will gain just enough attention initially to be noted as one of his more ambitious attempts.

The upside of this is that the legend of King Arthur could very easily lend itself to Snyder’s style of directing since the dark and somewhat gritty nature of the beginning of this tale could play well into what Snyder is best at, casting shadows and doubt upon something htat many people might want to speed past. Let’s be honest, the origins of Arthur are mired in a lot of controversy and aren’t necessarily positive since many tales speak of how he was born of deception and that his story was mired in uncertainty from beginning to end. King Arthur is a mythological character that, no matter whatever historical basis might have been used, is steeped in mystery and has been taken out of context and created in one image after another as storytellers and filmmakers have taken great liberties with when creating their own versions. This is why a ‘faithful retelling’ is bound to make a lot of people grin in a knowing manner since the story is one that has been pieced together throughout a long and troubled history to create a character that carries the best and the worst traits of many people that have contributed to the legend over the passage of time. Snyder will no doubt be able to come up with his own version of this story, but the faithful portion will be what he discovers and what he feels is worthy of being told, much as it’s always gone.