Home
Television
Young and The Restless
Young and the Restless Spoilers: What’s Graham’s Plan for Ashley? 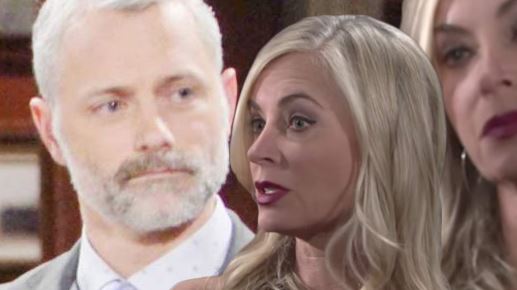 Young and the Restless fans know things are getting a little crazy, and we can’t help but suspect that perhaps Graham has a master plan. We know that syringe he has is filled with poison, and we also know that Ashley’s fingerprints are on it. So will he use it on her and make it look like she killed or tried to kill herself with all her emotional instability, or will he use it on someone else and let the police discover it there so she goes down? He’s not sure yet what he might do with it, but we do hear he’s out to get her. We just don’t know if he is out to get her to die or to go to prison and suffer for the rest of her life.

But he will do something crazy, and she will be the one who ends up suffering as a result. And that won’t end well for anyone else. So who can we expect to see him go after? There is a good chance he might try to go after Dina and make it look like she killed her own mother.

He has no real use for her anymore, and there is a chance that she is more valuable to him when she is dead. And it would really make sense to those looking into it if it was Ashley since she’s so upset about her mother’s condition and the problems it has caused for her recently.