Home
Television
Young and The Restless
Young and the Restless Spoilers: Are Rumors About Graham’s Death True? 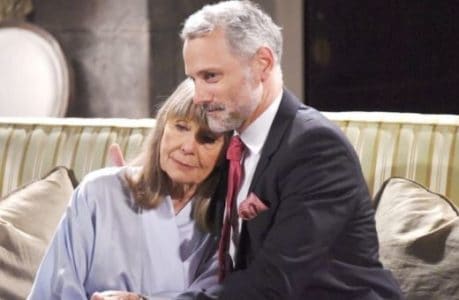 Young and the Restless fans are wondering what the Abbott family is going to do to keep their mother in their lives for whatever amount of time she has left. It’s not like she’s getting any better, but they certainly don’t want to lose her at this point. They want to spend time with her and be there even when she has no idea who they are. But Graham is making that impossible. He wants to get his way even if it’s no longer important to him or even all that meaningful to anyone.

And we have to say something. We have to say we don’t think this is good news at all. But we do hear there is a chance he will die soon, and this will all go away for Jack and Ashley and their families. They will have some sort of peace as he is taken from the show as quickly and as shockingly as he came into the show.

We don’t know how or when or even find the confirmation that this might happen, but we keep hearing that it might. And we all know these rumors come from something close to the truth, so we might suspect that he might not make it through this war he began on his own. He’s selfish and he’s going to try whatever he can, but we suspect his days are numbered and he might not have that much time left to hurt anyone in this situation now.