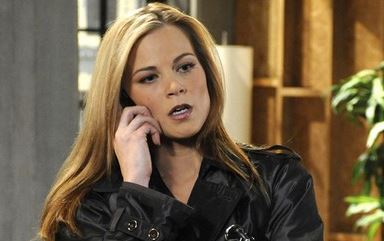 Young and the Restless fans know that they are going to see a lot more than just a few arguments between Victoria and Phyllis. Vickie wants her baby daddy back, but he’s with Phyllis. And we hear that Vickie is not finished with her fight yet. She wants him back despite her one-night stand with another man, and her health issues, and her family issues, and her work issues. She’s got more on her mind than we care to admit right now, and she’s still looking for love in all the wrong places.

But when Phyllis realizes what her arch nemesis is up to, she decides she’s going to take matters into her own hand. She’s devious and underhanded, and she’s going to do something awful. She’s going to tell Billy she’s pregnant. But we suspect she is anything but. For one, she’s a bit older than the typical pregnant woman. Not saying that she can’t be pregnant, because she totally could be.

But she’s a liar who will do anything she can to get whatever she wants. That’s something she’s always had going for her, so we suspect this is something she’s not doing in reality. She might be trying to get pregnant to keep him, but we all know how getting pregnant is such a wonderful way of solving all your relationship issues and raising happy kids in a well-adjusted environment. We also help that you’re fluent in sarcasm, because otherwise you’ll miss that completely and utterly.