Home
Television
Young and The Restless
Young and the Restless Spoilers: When Lily Met Cane 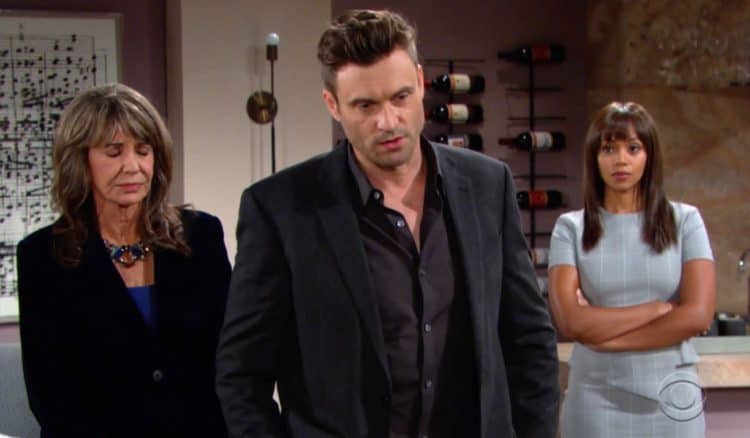 Young and the Restless fans are always looking for some romance. Honestly, it never really works out in the long term around here, but that certainly does not mean it’s not fun to watch things go down as they do. We are always looking for something good to check out, and today is a day back in 2012 in which Lily and Cane decide that they are going to get married. They’re not just getting married, though. They are getting married in France, one of the most beautiful and romantic countries in the world. Of course, this is also their second wedding. They’ve done this before, and it did not work out. They don’t always know what they want, but we’ve decided that they do seem to always know what they are looking for otherwise. They do well here, and we are good with that. For now, though, we are going to take a look back at their romance with one another.

The year was 2007. They were both freshly out of marriages that did not work for them. Lily had been in a marriage with Daniel, someone with whom she had spent a lot of time when she was younger. Their marriage was a little one-sided and it simply did not work. Cane, on the other hand, was recently divorced from the likes of Amber. They didn’t work, clearly, and that’s when these two met. They were quick to feel the chemistry, but they decided that they’d be friend. They both wanted to be friends, but they both worked hard to deny their chemistry. Both being recently divorced, however, really did make them want to take things slow and steady and keep them from making any large mistakes with one another.

Perhaps the biggest problem that these two faced when they met was the fact that there was a big age difference. It might not be a big deal had she been a little older. Say she was 29 and he was 41. Maybe that wouldn’t have been the big deal it was when they met and had all this chemistry when she was a child of 19 and he a man of 31. He knew it was borderline not all right to have feelings like this about a young woman who was not even old enough to drink. He knew she’d been married, but he also knew she made a lot of her personal life choices as a way of rebelling against her parents.

Her father was not a fan of this situation. He did not like to see his little girl with a man who was so much older. Add to that this was all going on in the middle of the time that they were all being lied to about who he was — and correct us if we are wrong, but we think that he was aware of the fact that this was not true stuff — and things were not good. He was thinking he was a Chancellor at the moment, she was a new model for the company, and things were taking some quick turns as they began dating.

Unfortunately, there is a lot that happens with this couple that makes little sense. The first time that they slept together, Lily ended up pregnant. She lost the baby early, and she did not accept Cane’s proposal to marry him. They decided to stay together. That’s when Chloe decided she liked him, set it up to get him drunk and make it look as if they slept together, and then lied to everyone and told them that he was the father of her newly conceived child (he was not the father because they did not sleep together). Cane did not think he would do that to Lily, and they got engaged. Then Chloe told everyone about Cane being the father of her baby. This was, sadly, only the first time someone would set him up to make him think that they slept together when they did not, and the world didn’t end well for him that time, either. It was bad.