Home
Television
Young and The Restless
Young and the Restless Spoilers: Victoria Gets Advice from her Mother 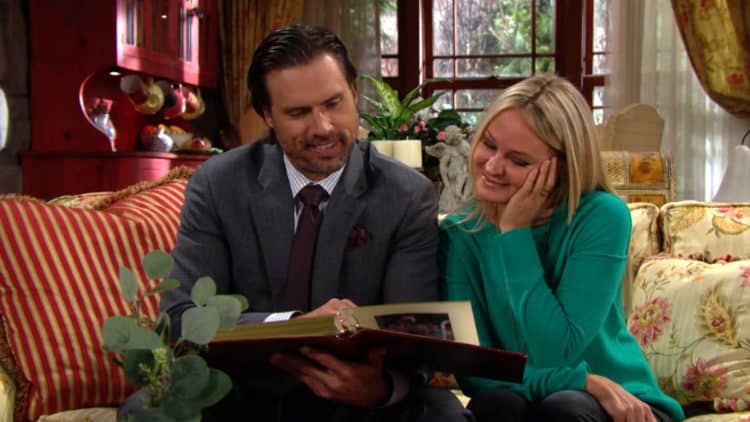 Young and the Restless fans are so hurt for Sharon with the bad news she’s living with right now, but we also know that her attempt to keep this a secret is not working out for her. She’s chosen to say nothing to her boyfriend, Rey, about her appointment with the doctor to discuss the fact that she might just have cancer, but she’s got a lot more going on in her life than we know what to deal with. For example, she’s got Nick right there. He’s fresh out of a relationship with Chelsea now that she wants to be back with his brother again, and she’s talking to him. She’s not talking to her boyfriend about the most personal and most important thing in her life. She’s talking to Nick. While she’s not done anything wrong, per say, she’s got Rey noticing she is not herself, and we know that this will turn into speculation and wrong thoughts and a big mess.

But confiding in Nick means she’s got some support. She’s not alone in this anymore. Of course, this also means that they are now sharing a secret that is so big and so bold and so amazing that they will probably bond over this in the days this come. This will mean that they spend more time together, and perhaps one of them falls for the other one again. It’s how things always go for them, after all, and we cannot be sure that this will not be the case again. It’s too much for us, and we don’t know how to support her when she’s in this place in her life. We think she needs to talk to Rey about this being that he is her partner. Honestly isn’t something they’ve had any of.

This is a fun game!

It’s going to be a good day for Lily fans as she shows up and makes it a point to visit the set of the show with her family and friends on board. She’s been MIA a lot more than ever recently, and we are all so excited she’s showing her face and making a point to show up and be here. We hope she sticks around longer this time, but we suspect she’s here for her brother. Devon is firm about something that he’s recently learned, and she’s not going to know what to do with him in the meantime. He’s got some major issues to work through and work out, and we don’t know if she can handle what is coming her way right now. We hope she can.