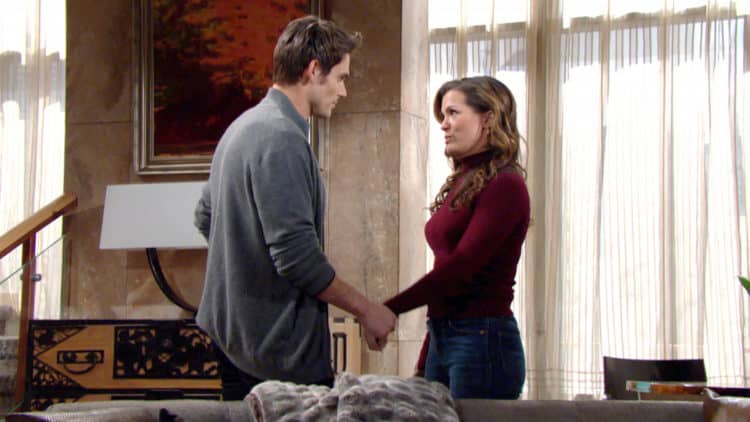 Young and the Restless fans are sure that Sharon is getting bad news. She’s been looking for answers. She’s got all the right plans in place, but does she even stand a chance at being where she needs to be? She’s got support from Nick, and many people will find out sooner rather than later what she’s dealing with right now. We hope it’s not something she has to deal with long. Lily is back in town, and she’s got a lot of people to see. She needs to spend some time with her family, but that doesn’t mean that she’s going to be able to talk her brother into anything he’s not willing to do. He’s a man who has a plan, and he has a situation on his mind that he has to focus on no matter what else he’s working with. He’s created some situations that might not work for him, but he’s also going to remain firm in his beliefs no matter what she says.

Otherwise, we will see that Victoria has turned to her mother. She is unhappy with Billy. She’s talked to him about her feelings, but she’s not feeling that he is all on board with the many things she’s been trying to say. He’s got more on his mind that she is getting out of him, but that’s not much of a surprise. He is a man who has a lot of issues in his life right now, including the fact that he’s allowing himself to spend some very big quality time with a woman who is not Victoria. The open conversations he’s having with Amanda are dangerous for them. They aren’t getting them anywhere that they need to go, and they aren’t doing any favors for them. It’s all ugly news, but that’s just that.

This doesn’t count as a retweet, does it?

Rey is going to offer some comfort to Sharon, which tells us that she’s going to tell him what is going on with her. She might not tell him, however, that she’s already confided her secret to someone else, and that someone else happens to be the same man she was set to marry earlier this year, but whatever. She’s not going to share that, but she will find that he has a shoulder for her to cry on and some comfort to offer her, which is very nice for her. This might all work out for her in some way that we really hope is good and productive. Nick is going to receive a call today. Someone is in distress, and they need him to help. We have no clue who this someone is, though, so we cannot tell you who it might be who needs him.

We do know that Nick is going to question Chance. He’s getting awfully close to his little sister, Abby, and he needs to know what is going on with him. What is he up to, what did he do before he came to Genoa City, and are the rumors he is hearing about him true? We also want to know if all of this information came from Phyllis, who knew exactly what she was doing sharing it with Nick. She knows that Nick’s sister is seeing him, and that this might make sure that ends so she can have him for herself. That might be her master plan, so keep that in mind while you watch.

What Could Happen to an Exorcist Reboot?