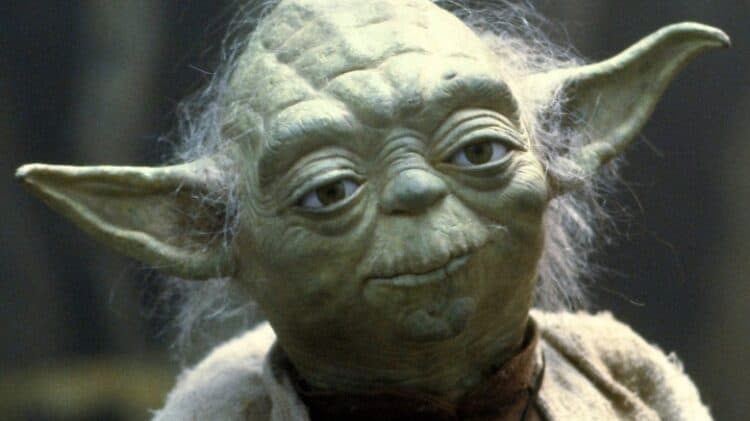 A fight like this sounds like a mismatch when one looks at it, but it has nothing to do with Yoda’s size or the perceived power difference. It has more to do with the level of power that Wanda displayed in the Doctor Strange sequel since it’s tough to think that Yoda would be able to stand up to the same kind of power that allowed her to destroy the Illuminati, and was about to resort Thanos to a bloody pile of flesh. There’s no way to honestly discount the Jedi Master that proved to be one of the toughest and most learned members of the order since his level of power is immense and the things he can do are insanely impressive. But the sheer power being displayed in a fight like this would not only cause a great deal of collateral damage, it would favor Wanda in a big way since whether it’s the comics or the movies, her power is far greater than anything Yoda has been seen to do. Even the lightning strike he created in The Last Jedi wasn’t nearly as much as Wanda can accomplish.

There is a chance that Yoda could win, there are always chances, and it has to do with the factors that he can control, such as the element of surprise, and the possibility that he might understand the mental instability that Wanda possesses. But otherwise, Wanda’s ability to decimate Yoda is hard to get past since what she’s already done in the MCU is hard to argue against. A lot of people, both MCU and Star Wars fans, who are sometimes the same, would be resolute in the idea that Wanda would destroy Yoda for a few reasons. One would be that as the Scarlet Witch, she wouldn’t take the time to wonder about who Yoda was, or what he could do.

In that case, this fight would come down to who could react quicker, and who could dish out the most damage in the least amount of time. While the latter is bound to favor Yoda since his advanced years and wisdom might allow him to think quicker and act decisively when attempting to put Wanda out of commission. Unfortunately, the speed of thought that they would both rely on might favor Wanda thanks to the power that she can call upon at a moment’s notice. It does matter in what way she would apply it however since it feels safe to say that Yoda would dodge, evade, or even Force block the hex bolts away. But Wanda has a lot of other attacks and tricks at her disposal since it’s easy to think that she might be able to probe Yoda’s mind for weakness or attack him physically with her powers while trying to keep him busy on another front. The power of the Scarlet Witch that came to Wanda and turned her into a true terror has been proven at this point to be quick, brutal, and fully capable of kicking the hell out of some of the most powerful individuals in the multiverse. One has to remember that no one took Wanda down, she finally took herself out of the equation.

This fight could be brutal, or it could be over very quickly. Depending on who struck first, it would be a toss-up when trying to predict what would happen. If Wanda decided to be vicious and not play around, there’s not much Yoda could do but try to weather her attacks while trying to find a way to break into her psyche, as this would be one of the only ways that he might be able to overcome her. It’s fun to think that the Jedi Master might be able to keep his thoughts from being scrambled or his body from being broken through use of the Force, and it might even be possible depending on who wrote the battle. But the outcome does feel as though it would favor Wanda since her power has been seen to reach cosmic levels. If Yoda has done something like this, it hasn’t been seen yet. It might not be a favorite opinion, but as powerful as he is, Yoda’s defenses don’t feel as though they would be enough to endure Wanda’s unrelenting offense.

It’s not just that either, it’s the fact that the Scarlet Witch can literally say something and use her power to make it happen, whereas Yoda has to focus on drawing the Force to him in a way that allows the diminutive Jedi to perform incredible feats. When it comes to who wields their power the easiest, Wanda would be the obvious choice. It might not sit well with a lot of fans, but Wanda has a far greater chance to snuff Yoda out of existence than the Jedi Master would have of breaking her down before such a thing could happen.