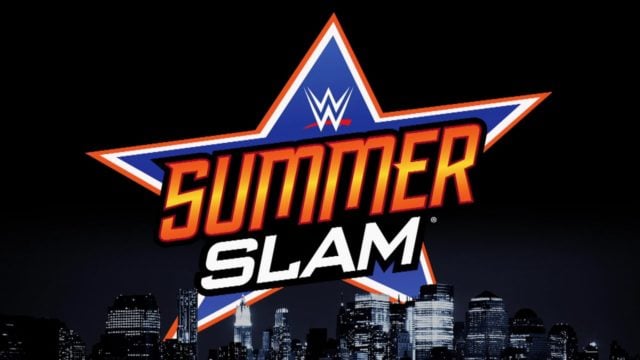 It’s hard to believe but Summer Slam 2017 is almost upon us with only three weeks left until we get to see the best in the WWE slug it out for pride, promotion, and of course for titles. There’s been a lot going down as of late on both Smackdown and Raw, but the real matches to watch are going to be the title matches.  Right now all eyes are on the belts, and who’s going to walk out of Summer Slam with them around their waist. There are some heavy favorites for certain and some that people think shouldn’t even be in the matches they’ve been given, but the reality of it is that the WWE has faith in those that are currently in those title matches and will banking on at least a couple of titles changing hands when it’s all said and done.

Here’s a few rumors you might want to pay attention to.

Brock Lesnar will lose, without being pinned.

Of course Brock doesn’t want to get pinned, it would mean that he’s fallible, that he’s in some way beatable, and that’s not good for the image of a man known as the Beast. Unfortunately that image has already been tarnished in the past and as such his three competitors should find no trouble in eliminating him from the equation with a fair amount of ease. It’s not likely that Braun Strowman will win since he doesn’t seem to be geared for anything but destruction at this point. It could be Samoa Joe, but that would upset as many people as it pleased. Allowing Roman Reigns to become the champion again would be interesting, but only if the match was something to talk about for years to come. Just expect Lesnar to lose so he can head on back to the UFC for a while.

Natalya will lose but Carmella will be waiting in the wings.

Remember that Carmella’s got that Money In The Bank briefcase. Even if Naomi wins she’ll have to fend off the Staten Island Princess with whatever she’s got left in the tank. That could be brief match, especially if the chinless wannabe-Federline gets involved.

Kevin Owens and Shane o Mac will get into it at Summerslam.

KO has made it pretty clear he doesn’t trust the referees or Shane, and it’s been a point of contention since. Since he gets his rematch at Summerslam though, again, because of whining, then there’s no doubt that he and Shane could come to blows over one thing or another. This isn’t geared to go in KO’s favor if he lets his anger get the best of him.

No matter who wins the WWE Championship, Baron Corbin will be right there waiting.

Now that it’s been established that Nakamura will face Jinder Mahal, the first thing we have to take note of is the Singh brothers. They’ve given the Viper a hard time and this can only mean that they will give Nakamura an equally hard time. But even if Nakamura pulls a stunning upset and defeats Mahal he’s got to deal with the fact that Corbin has that briefcase and won’t hesitate to use it.

So there was one matchup that could have implications aside from the title. But really, all eyes are going to be on the prize when Summer Slam hits.