Home
Anime
Will There Be an In Another World With My Smartphone Season 2? 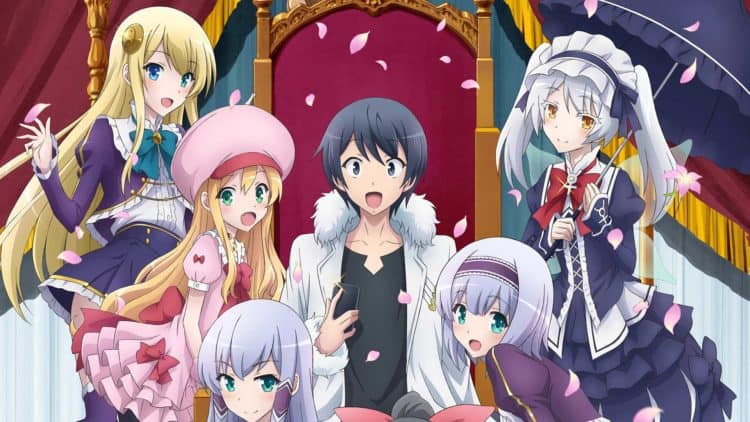 In Another World with My Smartphone is a Japanese franchise. Like a lot of its counterparts, it started out as a web novel on Shōsetsuka ni Narō, which is a platform for interested individuals to publish their works online free of charge. Eventually, In Another World with My Smartphone proved to be popular enough to be published as a light novel. In turn, this proved to be popular enough to receive a manga and then an anime. This is a common path for Japanese franchises consisting of anime and anime-adjacent media, with each subsequent work serving as a seller in its own right as well as an advertisement for everything else that preceded it.

Story-wise, In Another World with My Smartphone is a pretty typical example of the isekai works that have become so popular in the last decade. For those who are unfamiliar, these are centered on protagonists who are transported to a different world, which tend to be either fantasy-themed, video game-based, or otherwise appealing to the intended audience. Said concept isn’t a new one. However, isekai works came into existence in a specific sub-culture at a specific point in time, meaning that they share a lot of other common elements with one another but not the works that preceded them. In particular, isekai works often feature protagonists who are given special powers as well as other “cheats” that enable them to become much more important in their new world than in their old world.

By this point, chances are good that interested individuals can guess the special gimmick of In Another World with My Smartphone. In short, the protagonist is a boy named Mochizuki Touya who has been killed on accident by God. As a result, he receives compensation that consists of three components. First, Touya is resurrected in a new world. Second, he has his smartphone with him, which has been enhanced so that it can continue providing its expected functions even with none of the necessary infrastructure. Third, Touya receives a considerable boost to his physical, cognitive, and even magical capabilities. Combined, this enables him to befriend people, confront challenges, and otherwise sweep through the new world. Perhaps unsurprisingly, most of Touya’s new companions are women who serve as his love interests because a lot of isekai works are also harem works.

Will We See a Season 2 of In Another World with My Smartphone?

Currently, the In Another World with My Smartphone anime has had a single season consisting of 12 episodes that came out from July to September of 2017. As such, there are people wondering if it will receive a continuation or not. Unfortunately, such questions are both very easy and very hard to answer, which is a statement that will make more sense in a moment.

For starters, anime is like other forms of entertainment in that there are a lot of very passionate people working in the field. However, the fundamental fact of the matter is that anime are business projects that are expected to generate enough benefits to outweigh the costs incurred in the process of their production. Some of these benefits can be very direct in nature. For example, the fees that streaming services pay for the right to stream the anime. Similarly, the prices paid by consumers who want to buy copies of the anime. However, some of these benefits can be much more indirect because a lot of anime are meant to make people want to buy other products associated with the franchise, which can mean everything from the light novel and manga to toys and other merchandise. Combined, this means that an anime can expect to get a continuation when the relevant parties believe that it will make financial sense for that to happen.

Of course, the problem is that the public don’t have access to the same numbers that the relevant parties do. At best, they have scraps of knowledge that paint a very incomplete picture. For instance, we know that the In Another World with My Smartphone anime had sales in the low hundreds per volume, which are unimpressive even by the low standards of anime sales. However, those numbers don’t tell us much about its chances of getting a continuation because anime sales are just one of a number of factors that have presumably been considered. Something that is particularly true because anime streaming has seen such a meteoric rise in recent times. To make a good prediction, the public would need numbers about the other components of the franchise, which are the kind of information that most companies like to keep closer to their chests without good reason to reveal them.

Having said that, there are some reasons to err on the side of caution when it comes to predicting the chances of a continuation for this particular anime. For starters, the anime came out in 2017, which was quite some time ago. That isn’t insurmountable, particularly if interested individuals assume that everything has been hit by the COVID-19 crisis that is still an ongoing issue in Japan at this point in time. Unfortunately, the more time that passes, the lower the anime’s relevance in the current market. Moving on, In Another World with My Smartphone doesn’t seem to have the kind of momentum that would give people confidence in the chances of its anime receiving a continuation. Both the light novel and the manga are continuing in the present time, so it is clear that there is at least some interest in the franchise. However, it doesn’t seem to have multiple spinoffs as well as a ridiculously wide range of other merchandise, which would be surer indications of an explosive sort of popularity. Under these circumstances, it seems more reasonable to say that there won’t be a continuation than there will be a continuation.

However, interested individuals shouldn’t take that to be a particularly certain prediction of what to expect from In Another World with My Smartphone. There just isn’t enough information to say anything conclusive, meaning that interested individuals might want to keep a watchful eye out for relevant news. Certainly, plenty of anime have received continuations in spite of much direr-looking circumstances than those that apply to In Another World with My Smartphone at this point in time.