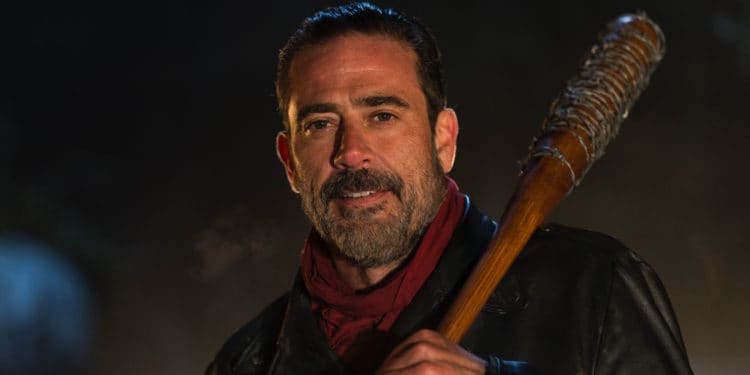 With Rick Grimes absent from The Walking Dead, Negan has basically become the new hero of the show. Well, to put it more accurately, the new anti-hero of the show. I’m sure Daryl has become the new hero, while Megan has taken his place as the new anti-hero of The Walking Dead. And if you’ve been keeping up with the show, you now know where every character is currently standing. A bit of a spoiler alert, but Daryl is being kept prisoner by a group of hostile religious zealots called the Reapers, Eugene and his group are familiarizing themselves with the Commonwealth, Aaron and Carol are working with other trying to keep Alexandria alive, and Maggie is separated from her group and desperately looking for food. And guess who’s with her? The man who killed her husband and The Walking Dead’s best villain, Negan This is the last season of The Walking Dead and as of now, it looks like this season is still just setting things up. As a fan who has read the comics until the very end, I know how it all ends. Since the show likes to do things differently, it’s obvious that they intend to end it a different way, but other fans who have read the comic should have an idea on how it will all end. Here’s a little spoiler alert that’s not really a spoiler: in the comic, Carl grows up and has a daughter with Sophia (who’s dead in the show) and he lives in a world where humanity is once again rebuilding civilization. Seriously, that was a good ending to the series.

I really, really hope the show can deliver on a great ending, but without some key characters around, I must say, I am skeptical. Now I’m not saying that it can’t be a good ending, but the show is taking a different route than the comics. We’ve seen how one show did that (looking at you, Game of Thrones) and it certainly backfired on them. Rick is out of the picture and so is Michonne, but they will appear again in the upcoming Rick Grimes movies on AMC. We don’t know when those will come out, but I am very curious to find out the whereabouts of our man Rick. Will that somehow tie into the finale for The Walking Dead? I think it should, since Rick Grimes was the main protagonist since the very beginning of the show. However, if it doesn’t, I have a theory that Rick will once again reunite with his former companions. And yes, that does include Negan. When was the last time we saw Rick interact with Negan, who is undoubtedly his archenemy? It was back in the beginning of season 9, when Rick paid a little visit to Negan in his cell. They had a short conversation, with Negan claiming that everything Rick built will eventually fall apart and he would surely escape. And sadly, we all know what happened to Rick afterwards. He made the ultimate sacrifice to save his community, but then Jadis carried him to a helicopter and took the both of them to an unknown location.

Did anyone originally thought that they were going to the Commonwealth? I was one of those people, but it seems that isn’t the case. That doesn’t matter, because that’s just a whole other story to tell. I do, however, want to see Rick reunite with his former friends. That would be quite the reunion, and I can see many fans fill buckets of tears over it. But the interaction I’m more interested in seeing is Rick and Negan once again. Now let’s just take a minute and just imagine what that would be like. As of now, we don’t know where Rick is and we don’t know how much he has changed. We do, however, know that Negan has changed a lot and he’s far from the character who ambushed Rick’s group in season 6. Would this new Negan have a more humane interaction with the new Rick we will soon see? I suspect so, but it’s only a question of when and where. I can imagine it would be very similar to their interaction in the comics back in the A Certain Doom volume. For those who have read the comics, that’s when Beta directed the mega herd to Alexandria and it overwhelmed the whole community. Everyone inside had to hide in their houses and in an unexpected moment, Negan saved Rick and the two of them hid together in a house.

They were in there for a while, so Negan being typical Negan, decided to initiate conversation between them. And of course, Rick being Rick, refused to talk to him. That didn’t last long, since Negan kept pushing conversation on him. The first thing he asked was, “What’s the worst thing you’ve ever done?” and it’s something that Rick had no definitive answer to. This sparked a much deeper conversation between them, which led to some interesting moments. To put it short, Negan revealed to Rick how his wife died, and that made Rick change his perspective of him. Well, at least a little. From then on, Rick wasn’t so contentious with his former archenemy after that. They never exactly became friends, but Rick grew to understand Negan more after their little chat.

This is something that I really wanted to see in the show itself. Now it’s possible that this interaction can happen. Rick is still alive and for now, so is Negan. In fact, in the last episode, Out of the Ashes, Negan was beginning to have a similar interaction with someone who is arguably his next biggest enemy, the wiser and stronger Maggie. With them taking refuge in an abandoned house to wait for their scattered companions, Maggie and her husband’s killer had some time to spend together. Needless to say, there was nothing civil about it, but it doesn’t end with that episode. Gabriel and another companion did find their way to them, but they’re still in the house. Maggie and Negan can have a little heart-to-heart chat with each other in the house, but I still want to see him have that talk with Rick. I do believe it will be good for both characters and their relationship can evolve into something less contentious. The same can be done with Maggie, but we need to see Rick and Negan interact again. It’s just something we Walking Dead fans need to see. It’s too important not to. I still believe it will happen at one point but time will tell.