Home
Television
Mythbusters
How Will Mythbusters be Different This Time Around?

MythBusters is a science entertainment show created by Peter Rees and produced by an Australian production house. The show’s main aim is to take in myths, rumors, movie scenes and then analyze them scientifically and prove their validity or reality. Every MythBusters episode focuses on two or more popular beliefs, internet rumors as well as any other trending or popular myth. The list of myths tested by the program is compiled from many sources such personal experiences of cast and crew as well as fan suggestions. Some of these ideas are retrieved from the MythBusters comment forums. After the myths are assessed and analyzed, they can be referred to as busted, plausible or confirmed. If a tale is said to be busted, it means that it is untrue. If the myth is credible, it means that it can be further researched or assessed to determine its realness. When a tale is confirmed, it means that the myth has been evaluated and found to be entirely correct.

The series took off in 2003 and had a total of 282 episodes before its cancellation in the March 2016. The fact that it is a reality show makes it necessary to have some changes and adjustments to fit in with the audience’s expectations. On 17 February 2017, the show’s season finale was aired to mark the end of the series in that season. The announcement of the new MythBusters show to start on November 15, 2017, got people excited. But what is new on the show?

From the time dated above, the people will receive entirely new episodes of this exciting and educative show. The experiments expected to be on the show will be unique with mind-blowing and creative experiences that are designed to bring you maximum entertainment. The program will fuse the scientific methods with an exceptional kind of curiosity all to ensure that you get nothing but the best. It is something that you cannot dare to miss.

The hosts expected to be in the show are unique and are all about fun and great entertainment. Jonathan Lung and Brian Louden will be the people to bring you the reality show in a new and exciting manner. So that you know, Jonathan Lung is a product designer while Brian is a pilot and rescue diver. With the lovable and admirable personalities, these two have a great love for building machines to help you crack down some of the most ingeniously held beliefs and myth. Everyone hopes that these two hosts will fill and surpass the filling of the void left by Adam and Jamie (the previous hosts of the show).You need to be ready to watch this and judge for yourself. Keep looking out for the debut date and timing as well.

A Whole New Season of Awesomeness

With all these new things, you expect the show to be lit with excitement, new experiments as well as a new level of machine technology. The cast members are also unique in the game which adds to the excitement of the entirely new MythBusters. People look forward to finding facts the scientific way and bringing into life the proven and the unproven information. The original MythBusters show ended with a bang, and so it is anticipated that they will also bring this season to life with an excited bang to the viewers and audience as well. The combination of all these new aspects will undoubtedly spark a whole lot of entertainment at its best.

The new season is expected to have 14 episodes and will debut on November, 15 at 9 pm this year with an exclusive new team. Some of the thrilling experiments that you may expect on this new version of the show will be rocket powered swords, exploding gas tanks, airbag disasters among others. You cannot afford to miss this thrilling yet captivating experience on your television. With these super new hosts, expect nothing but the best from the show. The new MythBusters is produced for Science Channel by Beyond Productions. The executive producers of the show are Rob Hammersley and John Luscombe. The executive producer in charge of Science Channel is Wyatt Channell. This group of professional show makers and producers can never disappoint you. 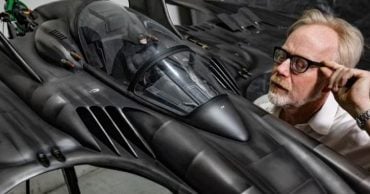 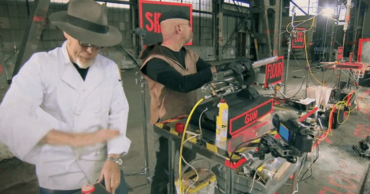 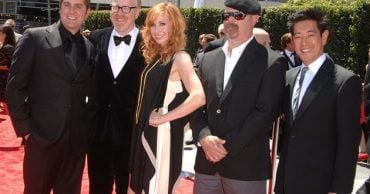