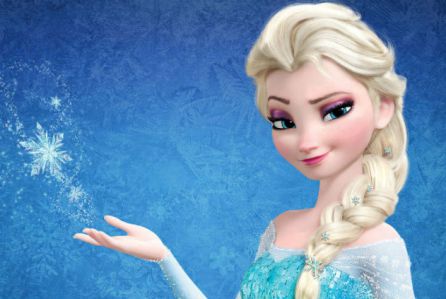 It’s kind of interesting to note that ‘gore’ and ‘intense situations’ are bumping animated movies up to PG status lately when in Disney movies such things have been present for a long time. Samantha Faragalli Younghans of Distractify might agree that the idea of making an animated Disney movie a PG-rated flick is kind of hard to imagine but given how over-protective people have become of children in the past few decades and how hyper-sensitive things have been getting it’s not too surprising really. The subject matter of the original movie still seems pretty tame when compared to say, Family Guy or even The Simpsons, but oh well, this is how we’re doing things these days and it’s not something that’s bound to be changed overnight. Frozen has definitely come along during a time when microaggressions and talking loudly to people are considered to be taboo and even the manner in which a person looks at or reacts to another person might be deemed as less than okay. It’s getting hard to believe there was a time when Disney movies actually called for someone to cut out a young girl’s heart and bring it back as proof of her death.

As for the ‘intense action scenes’ that the movie is no doubt going to show, does anyone recall how truly violent some of the Disney films of old were? Snow White and the Seven Dwarfs was a great example, so was Pinocchio, and Robin Hood, and so many others that people seem to forget that we were raised on and revered in such a big way. Even Pete’s Dragon, as truly harmless as he was, showcased a few situations that in today’s era might be seen as highly dangerous and quite intense. So why in the world are children being so protected at this point when the sensibilities of the lot of us weren’t back in the day? How many of us came through our younger years just fine after seeing cartoon violence and situations that seemed a little more adult in nature? Honestly, we were watching a coyote practice faulty engineering techniques and smashing himself into a mountainside over and over and we weren’t scarred because of it. How in the world would a battle scene in an animated movie be any worse? We had G.I. Joe, Transformers, He-Man, She-Ra, and so many others that it’s hard to name them all, and they ALL got violent at some point. Even the Care Bears had moments when the situation seemed utterly hopeless and wasn’t about to be helped by the strange powers they could project from their abdomens. Mark Joseph Stern of Notable has more to say on the subject.

The point is that a PG rating isn’t that big of a deal really, but neither is the content. Frozen isn’t taking the Quentin Tarantino route and it’s not even as intense as a John Woo movie. The rating system has been sensitized in a manner that seems to make it feel as though it’s attempting to keep anything and everything that could be considered risky, dangerous, or even close to being exciting on the list of things that parents should be alerted to when taking their children to the movies. It seems tiring to say over and over that kids back in our day didn’t seem to need to worry over stuff like this, but it’s very true. While our parents might have kept us away from the adult movies and even some of the more risque adolescent movies when we were younger, cartoons simply didn’t create the level of concern that they seem to today in some parents since the themes and the ideas were for fun and no matter how violent they became most kids didn’t act on what they saw and weren’t disturbed by anything other than the emotional content that managed to get to some of them. In a big way the only thing that really matters about the PG rating is that it’s a trend that seems to be continuing when it comes to the continual admission that people are attempting to shield their children from anything that might upset them and in doing so are only making sure that kids aren’t as ready for the world outside their sphere of influence as possible.

Frozen 2 looks like it might be a fun and engaging movie that will entertain a lot of kids and give a much greater depth to the characters of Anna and Elsa, but making it PG almost feels as though Disney is saying ‘Watch it now, we’re getting a little wild here’ in their best Ned Flander’s voice while taking things a slow but deliberate pace at a time and telling people to keep their hands and elbows inside the ride at all times as it coasts along at an ‘insane’ five miles an hour. It’s bound to be a good movie and wildly popular, but come on, it’s still a cartoon.