Home
Movies
Why The Juggernaut Was A Terrible Villain In X-Men: The Last Stand 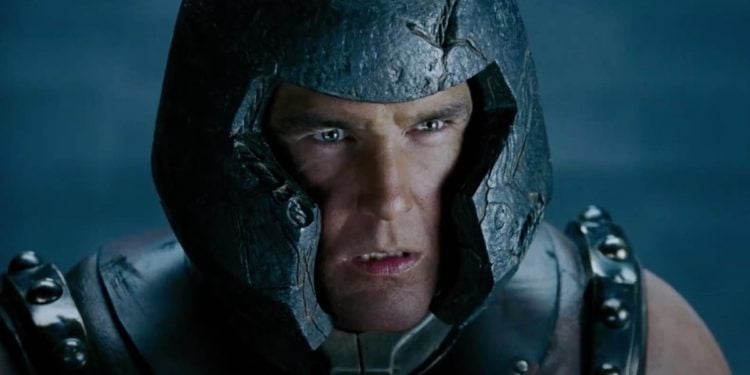 Cain Marko (aka Juggernaut) made his official debut in the comics in X-Men #12 and has been a long-time enemy of the X-Men; however, the villain has also been an ally at some point as well. Originally, Marko was the stepbrother of Charles Xavier, and the future Juggernaut took out his jealousy and rage on the gifted mutant because his father favored Charles. Long story short, he gained his incredible strength after touching a glowing ruby and thus became the Juggernaut. Now, X-Men: The Last Stand is a giant mess. Too many mutants and not enough screen time to truly dig deep into the core villains except Magneto and The Dark Phoenix. The introduction of Cain Marko seems quite simple. In fact, it would’ve been wise to start him out as one of the X-Men students or teachers whose power grows until he finally turns evil in the third film. However, the long-time X-Men villain isn’t acknowledged as Xavier’s stepbrother in the film as he’s mostly reduced to an unimportant sidekick who cracks one-liners and is showcased as a dunce during his battle with Kitty Pryde. Juggernaut is mostly treated as a musclebound meathead, which is disappointing considering the rich history of the character and his ties to Charles Xavier.

Deadpool 2 was the same way as well. There are no ties to Charles Xavier, but the character was treated more as a threat and while the layer to his character isn’t much, he’s at least presented better in the Ryan Reynolds vehicle. The issue isn’t the fact that he’s not related to Charles Xavier nor the fact that he doesn’t exactly match the character (besides his brute strength) from the comics as there’s nothing wrong with switching up a fictional character’s story. Marko is mostly treated as a joke. As I previously mentioned, X-Men: The Last Stand tries to cram as many villains as possible into the movie that it’s impossible to develop any of the characters. If the direction was to make Juggernaut a bodyguard, then that’s fine and the live-action does get the incredible strength he has correctly, but this is the case where a notable villain should’ve been one of the main threats of the series. There’s more to the Juggernaut than just him being a musclebound meathead. Imagine how better the story could’ve been if there were some ties to Xavier and if we got more from him than just being an unstoppable brute? I get that The Last Stand was mainly about The Dark Phoenix and the cure (two stories that have their own set of problems), but if you’re going to introduce such a prominent character into the live-action movies then he should be given more than a five second introduction about who he is.

Now, the Juggernaut isn’t the only misused character in the X-Men franchise. In fact, I could write a whole article about a good majority of the X-Men talents that isn’t Logan, Magneto, and Charles Xavier. Mystique gets her fair share of development as well. The Bryan Singer/Brett Rater films never truly tapped into the team dynamic of the X-Men as a whole. Sure, the X-Men fight together, but it feels like the Logan, Magneto, and Charles Xavier show. If the purpose was to showcase Juggernaut as a murderous brute (which is pretty much what Deadpool 2 did) then can we at least not make him look like a one-dimensional idiot? His final encounter with Kitty Pryde was embarrassing. On surface, the idea of Juggernaut being outsmarted by Kitty is sound. He doesn’t know the kid could stop his power from fully working. But the execution was simply bad. It came across as a lame Looney Tunes gag and the sad part is that this was Juggernaut’s final big scene. Why not have another Wolverine vs. Juggernaut battle since Marko beat the holy crap out of him during The Dark Phoenix/Charles Xavier sequence? A notable issue is that most of the villains in X-Men live action series mainly come across as one-dimensional beings who either hate mutants and wants to them wiped out or the generic “I want to destroy the world type villain”. Sure, Magneto gets a ton of development, but the story of Charles and Xavier grew tiresome by the time the third chapter was said and done. Should the X-Men explore this villain again, then hopefully he’s treated more as a powerful brute. There’s plenty of interesting directions to go with the Juggernaut character, it just matters on the way writers decide to pen the long-time villain.