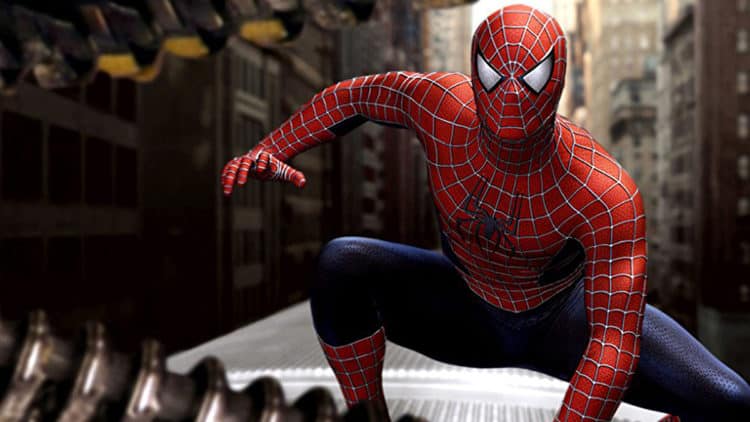 You all know about the goofy dance in Spider-Man 3. It’s easily the most talked about element of the highly disappointing sequel. Of course, the terrible introduction of Venom, the lackluster conclusion to the Peter Parker/Goblin Jr. story, and the unnecessary inclusion of Sandman help weigh down the Sam Raimi vehicle. Put why is the goofy dance so important and character damaging? In truth, the dance, in particular, isn’t what killed Peter Parker. Tom Hanks chopsticks number in Big was a charming and fun moment that helped define his character. Rosie Perez’s dance in the first four minutes of Do The Right Thing highlights the powerful themes in the Spike Lee joint. Vincent Vega and Mia Wallace doing the twist in Pulp Fiction is an iconic moment that showcased the lighter side of a dark world filled with gangsters and criminals. The purpose of bringing up dances in movies that aren’t musicals is that there’s simply nothing wrong with having this type of moment within the film. The key thing is context, and that’s why the Spider-Man 3 dance number is so damaging to Peter Parker’s character. Imagine if Michael Myers broke out in a dance number before he tries to stab Laurie Strode. Obviously, this would be extremely damaging because Halloween isn’t built-up as a horror/comedy, nor is Michael Myers the type of man who would do something like that. He’s mysterious, but very serious and a psychopath, but not in a way the Vic Vega from Reservoir Dogs is.

Spider-Man 3 is a movie with missed potential. The idea of a Peter Parker going darker is definitely intriguing. In fact, Spider-Man 2 actually does a better job of exploring somewhat of a darker side of Tobey McGuire’s character. Being Spider-Man was strongly interfering in Parker’s everyday life. So, he gives it up the superhero gig for good. There’s even a scene when a man’s crying out for help as he’s being assaulted, and Parker turns around and walks away. Change the context of the story and that could’ve easily been Parker’s first steps in the path of being evil. However, Spider-Man 3 fails to explore the arc to great effect. Peter is going darker, but he’s also getting dorkier. We never truly get the sense that his worldview has changed. Sure, the little montage makes it clear that Parker is a more confident jerk, but Parker barely goes bad. There isn’t a scene that truly tests his morals like him walking away from a crime in Spider-Man 2.

The dance number feels out of sequence because we’re supposed to be seeing an evolution and darker version of the Peter Parker character. Say what you will about the half-assed way that the film turns Eddie Brock into Venom, but you don’t see the villain doing some goofy dance to indicate he’s gone bad. He wants revenge on Peter Parker, and he doesn’t particularly care if he hurts anyone standing in his way. Sam Raimi should’ve dived deeper into the subconscious of Peter Parker’s feelings. That pivotal scene in Spider-Man 2 could’ve been a subtle way of introducing Parker’s darker side. Maybe evil Peter Parker doesn’t care about protecting people? Maybe it still bothers him that he’s not getting enough praise for helping to clean up the city? Spider-Man 3 could’ve tapped into that root, but it ends up being a disappointing side adventure that’s not given the development it deserves.

The feature was juggling way too many stories for Parker’s arc to reach its full potential. His Harry Osborne/Goblin Jr. arc is the most heartbreaking. The slow development of the rivalry started back in the first film when Harry catches Spider-Man bringing home his dead father. Yet, it ends up being a disappointing mess that’s never given the full attention it deserves. The ideas of Spider-Man 3 are all sound, but someone should’ve forced Raimi to cut a couple of stories before officially shooting the script. The goofy dance itself is funny, but was that the reaction that Sam Raimi wanted? This is supposed to be cooler/darker Peter Parker. I know that music indicates a lighter tone, but it all comes back down to the confusing message of the story to begin with. Parker shows that aggression and dark side a bit later, namely when he squares off against Harry Osborn, but that time the damage has already been done. The aggression side wasn’t spotlight well enough, so it didn’t come across as organic, and Parker feels more emo than evil. There’s no denying that the dance is a memorable sequence. It’s just a shame that it ruined Parker’s character in the process.