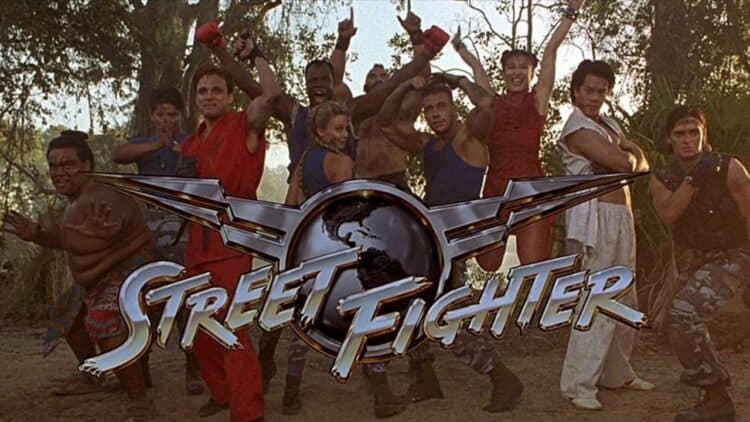 Well, we don’t exactly need the same type of Street Fighter movie that was released back in 1994, but another version could be a nice return to the idea that this movie could work, provided that the characters are allowed to act naturally and not bust a move and strike a pose as they did at the end of this movie. To be fair, the 1994 version was all kinds of ridiculous, not to mention that they plugged Jean Claude Van Damme into the role of Guile, the most American character of the bunch. For the rest of them, they didn’t do too badly when it came to casting unless one really wants to dig into the movie and make it known that yes, it did way short of what people were hoping for. Somehow Raul Julia as M. Bison came off as a better role than it should have, but that could have been because he added in enough comedy to create a character that wasn’t really menacing but was definitely maniacal. Neal McDonough took the role of M. Bison in the 2009 version of Street Fighter, which starred Kristin Kreuk as Chin-Li., but even that didn’t feel right.

There’s no doubt that if another movie does get made that M. Bison should still be the main enemy, but it would be necessary to pick someone that has an imposing physical presence as well as the intelligent but maniacal manner that’s so badly needed. Some folks believe that Mads Mikkelsen could take on the role, but the actor would have to buff up just a little since he’s definitely imposing and has the kind of acting chops that would make this possible. But in terms of girth, he’s not quite there. Casting someone like John Cena for the part of Guile would be interesting, but the flattop would have to go since it’s tough to see Cena doing anything with that kind of hairdo.

Another great idea would be Dave Bautista as Blanka, but many other roles feel as though people might be missing the point. Joe Taslim might work as Ryu, save for the fact that Ryu might need someone a bit younger. Taking on the role of Chun-Li could be given to someone such as HoYeon Jung from Squid Games, as she appears tough enough to tackle such a role. Casting Charlie Hunnam as Ken and Pedro Pascal as Vega would make sense given their already impressive appearances in various movies and shows. But the rest of the cast would need to be looked at carefully since Street Fighter has evolved quite a bit since the 90s as many people know, as more characters have been introduced and the story might have changed dramatically. Maybe slightly older actors would work at this point since moving the story forward just enough to make sense might be a good idea. But the point is that it feels as though it’s well past time to see another valiant attempt to create a movie that might bring this video game to life in a way that the others haven’t been able to accomplish at this time.

The downside of trying to make a video game into a movie is well-documented at this point since the hit-and-miss nature of video game movies doesn’t leave as much room for success as people might want to see. A lot of video game movies indeed get a bad reputation from the start since there have been some truly godawful bombs over the years, but it’s still worth trying since there’s always a possibility that a script idea might come along that might be worth the paper it’s printed on, and running with it would be a good idea. The trick of making it work though does come in the form of selecting the right actors and hoping that they’re available and want to be a part of the project. Then there’s the budget to consider, which brings to mind how risky the proposition can be, which can screw up the whole deal before it ever gets rolling. To make a long story short, a video game movie is hardly a solid investment on the best day. But it would be worth it this time, even with plenty of doubt attached.

Street Fighter has been around too long to not be a pop-culture legend since a lot of us can probably recall spending too much time in the arcade plunking quarters into the machine, especially after the well-placed taunts that came after a loss. Street Fighter might be kind of a tough game to nail to a definitive storyline, but it’s worth the challenge thanks to the wealth of interesting characters and the versatility of the overall story. Hopefully one of these days someone will be willing to take the risk once again.

Why Street Fighter Could Still Work as a Live-Action Movie