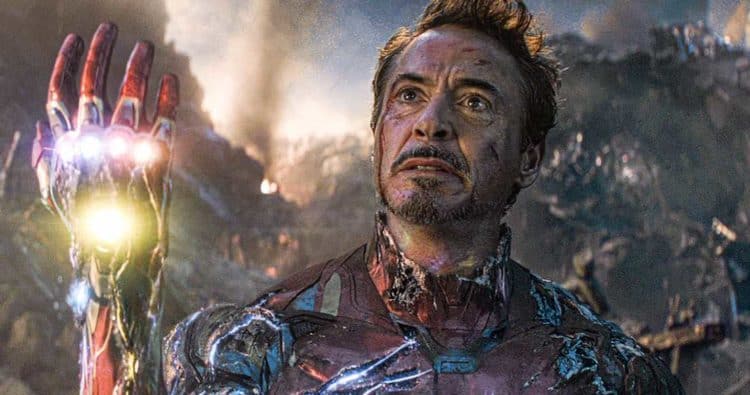 You might be thinking that the title is a typo, or maybe we’re starting to agree with Martin Scorsese and Francis Ford Coppola, but honestly neither of those are true. RDJ just doesn’t deserve this Oscar and there’s a pretty good reason, which he could possibly tell, that he didn’t want his name entered as a consideration. It’s not much of a surprise that Disney would be pushing a lot of their actors into the spotlight for consideration, but one can only hope that those doling out the awards will finally see reason and not just do the Oprah maneuver and start handing out Oscars like they’re some sort of participation trophy. If that’s what happens then you can bet that things have hit the predicted low point and the movies are becoming little more than a way of saying “You tried, you get an award”. Didn’t we do do that in tee-ball and other sports when were too young to really compete at a higher level? It would almost seem that awards these days are being dished out as more of a way of stating that someone did their best or are popular enough that they don’t need the kind of talent that we really look for in some movies. Personally I loved Endgame, it was emotionally-charged and gave you the feeling that it was a definite turning point in the MCU, right up until the long, protracted ending that that went on for WAY too long. Kevin Burwick from MovieWeb might not agree but the reality is that this movie, although great, was a little too long in some instances.

I get it, most people do, they wanted to see some closure for Captain America and they wanted a pleasing transition that didn’t bring up too many questions and wrapped it all up with a bow. But in truth the movie caused a LOT of questions simply by not sticking to the original story as much as possible and tended to dull down so many edges that it’s not even feasible to consider RDJ or any of the cast for an Oscar simply because the edge was gone, there was little real danger inherent in the movie since everyone knew that one way or another the Avengers were going to win. There was of course a bit of shock that Tony had to sacrifice himself to make that happen, and a good number of people left the theater still in shock at the fact that Iron Man was now gone, as was Captain America, but the truth is, this is not an Oscar-worthy movie. Out of all the stars in this movie I think I’d agree with one person that might actually get a Best Supporting role and it’s not who you think. I’d nominate Elizabeth Olsen simply because the part of Wanda was one of THE most emotionally-charged bits in the whole movie no matter how much sobbing and melancholy moments we were given. Plus, among all the questions in this movie one rises to the forefront because of the picture above, and that’s the fact that Tony was able to withstand the power of the Infinity Stones when Banner/Hulk was nearly crippled by using them earlier. You might want to state that his suit was a big reason why he could withstand this barrage of cosmic radiation long enough to deliver his final, iconic line, but in truth the Hulk is so much stronger and so more well-equipped to deal with radiation that it seems as though Tony should have been fried the moment the stones aligned in his gauntlet.

Then there’s the ever-present question of the poor sucker that Steve essentially pushed out of time and space to be with Peggy since it’s obvious that she wasn’t bound to end up lonely the rest of her life, or the fact that Thanos was less than equipped to just nuke the Avengers’ base out of existence just to make certain that they couldn’t stop him. See how that goes? The Thanos from the comics would have sent his army into the ruins almost immediately before the Avengers could assemble, thereby eliminating any possible threat. There’s a big reason why nominating anyone from Endgame for an Oscar should be a giant no-no, and it’s largely because this isn’t the epitome of anyone’s acting career no matter how impressive it is. RDJ, Brie Larson, Chris Evans, all of them have done a great deal better in other movies where they haven’t had to fight CGI monsters and be the shining, upstanding example of what so many people think heroes should be. In fact if Brie Larson gets the push it’d be indicative that Marvel is seriously trying to continue their bid to make her the face of the MCU. At this point it might be deemed fine for a Best Picture nomination or Best Score or something along those lines, but when it comes to the actors, not even RDJ needs to step up to the podium for this one. Rebecca Lewis of Metro has more on this subject.