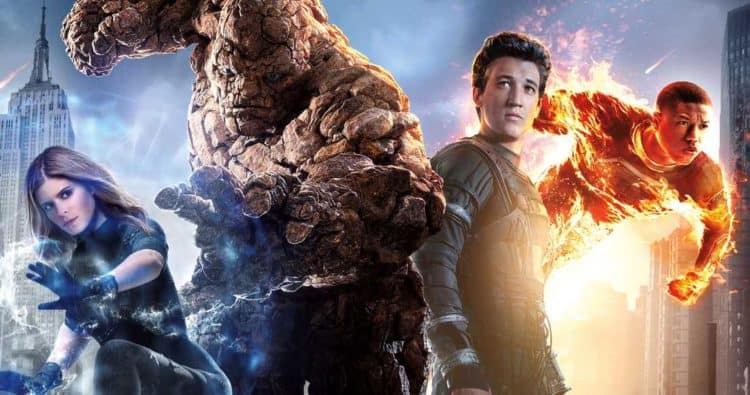 Fantastic Four sucks. Actually, that’s not fair to the Jessica Alba/Chris Evans movies as they suck. The 2015 unnecessarily dour and bland Josh Trank failure known as the Fantastic Four was abysmal. If you’ve been living under a rock, then the reboot was the origin story of Reed Richards (Miles Teller), Ben Grimm (Jamie Bell), Johnny Storm (Michael B. Jordan), and Sue Storm (Kate Mara) as they become the new Fantastic Four. It’s a horrendous film because it’s clear that Trank didn’t truly understand the material. If he did, then it wouldn’t have been this dark and ultra-serious feature in the vein of Man of Steel or Christopher Nolan’s Batman trilogy. For some comic book films, serious and grim works in their favor, which is why The Batman has been able to thrive in the modern retelling because his world is perfectly suited for that tone.

The Fantastic Four have goofy powers that don’t particularly align with the grave tone. It also drained any sort of personality or life out of the 2015 feature as well. It’s a shame because the talent on board with this project is insanely strong. Trank isn’t too bad of a director as his work on Chronicle highlights that he’s capable of tackling the superhero genre. Whatever the case may be, this article isn’t calling for another Fantastic Four film involving the same cast and crew. It’s better that Marvel starts off with a fresh coat of paint, though that doesn’t particularly mean the studios have to completely pretend that this movie never happened. First, Fantastic Four should be in the vein of Tom Holland’s Spider-Man, or just any other Marvel feature, light-hearted, fun, with a nice balance of action and suspense. However, the Jon Watts reboot can still tie up loose ends of the previous incarnation that could be really beneficial for the upcoming Fantastic Four feature.

One of the huge benefits is that time has passed by since the 2015 feature. Perhaps the Fantastic Four has been going on strong until a new big bad comes along and disrupts the status quo. Instead of doing another origin story showcasing how the new set of heroes gain their Fantastic Four abilities why not re-introduce the core cast of the 2015 film by having them fight and lose the battle against a big bad like Mephisto, or Galactus, or whatever big bad that’s not Doctor Doom? From there, the new set of heroes can absorb the powers of the original Fantastic Four and go on from there. This moment instantly puts over the new villain who single handedly crushed the mighty superheroes. It’s rare that the main heroes lose such a big battle, and it would be a symbolic and unique way to introduce a new group of heroes in the world of Fantastic Four. Of course, this would mean that Reed Richards, Ben Grimm, and Johnny and Sue Storm would be dead. There’s a good way to dance around this issue: Pretend that Miles Teller, Jamie Bell, Michael B. Jordan, Kate Mara weren’t the original Fantastic Four. Give them a different name in the reboot and have the powers transfer over to the new Richards, Grimm, and Johnny and Sue.

The other possibility is that the new group can go under a different name. That’s an unlikely possibility as the Fantastic Four only has one carnation of the core cast. It’s cheating to pretend that the actors above weren’t the original Reed Richards, Ben Grimm, and Johnny and Sue Storm, but it wouldn’t be the first time that movie history has been rewritten and surely it wouldn’t be the last. Could there be a way for the Fantastic Four to have their own film? No. First, the biggest issue is tone, and it just doesn’t work with the superheroes at hand. Second, Marvel is already moving onto the next phase so it would be pointless to try and milk one more film out of a feature that bombed at the box office. At least with Henry Cavill’s Superman, it makes more sense to try and get some closure by squeezing out a final chapter of his Superman saga because his version has been a box office success. The only possibility for the Fantastic Four is to kill them off while introducing a new generation. It would greatly shake-up the formula, though it wouldn’t be a surprise if Watts skipped the origin story phase and just dived right into the heroes in action. Either way, there’s a cool way to bring back the 2015 cast of Fantastic Four without overshadowing the next generation of stars. It’ll never happen, but some universe continuity would’ve been cool here.