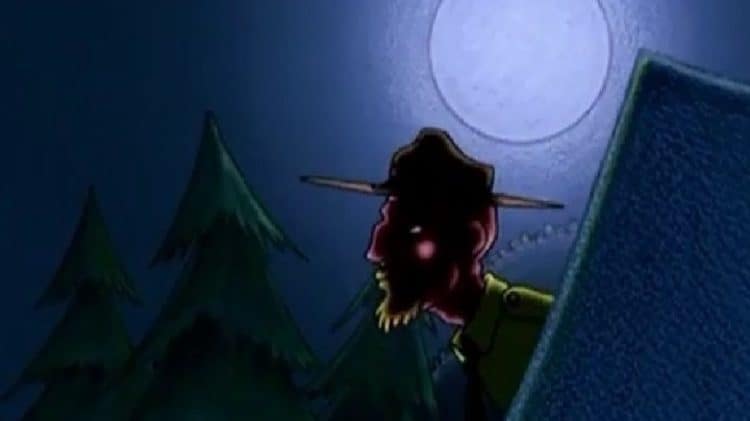 I’ve said it about a lot of things in the past couple of years, but if anyone remembers Freaky Stories then they might remember some of the strange and uncertain tales that were narrated to anyone willing to watch and listen since the two show hosts were a cockroach and a maggot that introduced the tales and ran the show. Yeah, you read that correctly, since it did kind of live up to its title since some of the stories were kind of creepy, especially for kids. But a lot of them were fun since the animation and the manner in which they were told was light and didn’t really go into too much gory and gruesome details so as to make it attractive to those that might enjoy a good story. The show only enjoyed 3 seasons back in the 90s before being shut down, and it’s not too hard to see why since despite being kind of fun,

Freaky Stories didn’t really advance much, and keeping it up was likely a little expensive. But to revive the show now would be kind of interesting given the different techniques that could be used to make it happen, especially since CG would be a huge advance and it’s even possible that a hybrid version could be created using CG and live-action to make the stories come to life in a more impressive manner. If there’s any interest at this point it’s been kept pretty quiet, or it’s non-existent since it’s a sure bet that a lot of people don’t even remember the show existed in the first place. This is likely one of those many shows that someone was thinking of at one point and wondered what might happen if it could be brought back, but it’s bound to take a monumental effort to get anyone to even try to remember what it was about.

It’s pretty simple really, the show would start off with the talking cockroach and maggot, Larry de bug and Maurice the Maggot respectively, discussing what was going on and what the viewers could expect, and would then head off to begin the episode. The anthology was pretty interesting back in its days since the ‘friend of a friend’ explanation for each story was funny and actually pretty witty since it’s an idea that a lot of people can relate to since information is often given second or third-hand when it comes to gossip and rumor. Each tale was kind of funny and they were toned down enough so that kids could watch and enjoy them. Some of the subjects managed to get a little dicey sometimes, but not so bad that it had to be shut off to avoid giving the kids nightmares.

When compared to some of the programs today this show might have been a little bit much when it came to some tales, but otherwise, it was no more harmful than anything else that’s come along for kids, since it was all about being entertained by a story that was said to be true because a friend of a friend had regaled someone with it. In this light, it might actually a rather hilarious show if it was brought back today and turned into roughly the same type of show that it was back in the day. Bringing humor, a bit of a thrill, suspense, perhaps even a little horror, could possibly make this into a show that one network or another might like to pick up in order to develop it further. It’s easy for a company like Netflix to pick it up and run with it in order to revive the show and make people laugh a little harder. It might be a hard sell simply because it does need a lot of work, but it would be worth the effort since the old episodes are pretty funny.

In the spirit of reviving and rebooting things it does feel that this show could be brought back with only minimal difficulties, but it would take a lot of work to make it possible and to get people interested most likely. The whole ‘Twilight Zone for kids’ angle is all well and good and could be kept very easily but the animation and the storytelling might need to change just a bit. Honestly, the whole thing would likely change if anyone managed to get hold of it and really get serious about putting it back on a network, but it would be worthwhile to see what could be made of Freaky Stories and if it could last more than one season in the current era. With everything that’s been brought back already and those programs that are still in the process of coming back, it does feel as though this program could be turned into something that people would enjoy.