Home
Television
Why Good Girls Was Canceled at NBC 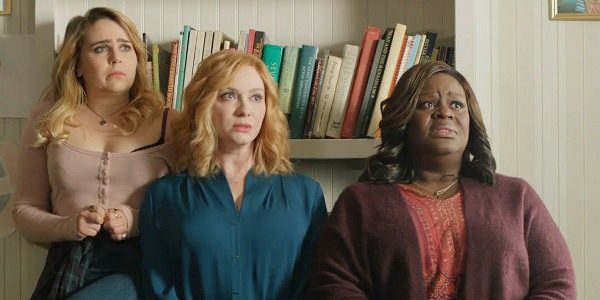 There won’t be any safety net for Good Girls as it’s being canceled by NBC, leaving the season 4 finale to become the series finale as not even Netflix is going to swoop in and save the day as it’s done with several other shows. It sounds as though the main reason why Good Girls isn’t coming back though is that NBC and Universal television couldn’t come to terms for the fifth season, which is kind of a lame excuse to be certain but one that has been the death knell for a few stories over the years. The fact that Netflix did have plans to take on the show before those plans imploded was almost a comfort, but as of now, it’s looking as though things just aren’t going to work in the favor of the program and things will have to come to a full stop. When it comes to the overall idea of the show it sounds as though more than enough fans were willing to keep watching, but when it comes to negotiations things tend to break down sometimes, and, well, shows and movies can stall as a result.

It’s a bit frustrating to think that negotiations can be what ruins a show, especially when one gets to see what the negotiations entail and discover that it’s often over money or working conditions or anything that should hopefully be easy to solve. It’s not really known what happened between NBC and Universal but it’s fair to say that there wasn’t bound to be an easy transition that would have given season 5 of Good Girls the green light. For one reason or another, both parties involved couldn’t come to an agreement. The fact is that shows come and shows go and yes, some of those that are lost are regrettable since a lot of people tend to like them and there doesn’t appear to be any good reason why a show should be let go like this. But the one thing that many people continue to forget is that this is business, and in business, it’s not going to be possible to please everyone at every turn.

The fact that Netflix won’t pick the show up though makes it clear that the streaming giant is becoming a little more selective in which shows it takes and which it simply leaves alone. Whether Good Girls fit the overall mold that Netflix wanted to see or not is unclear but it won’t be taking on this show which means that if no one else wants it then Good Girls might go goodbye for a while. Thinking that it could possibly come back and be taken up by another network isn’t too hard to see, but as of now, it would appear that everyone is keeping their distance from the show for the time being. If money issues were what was keeping the show from progressing it would be more than a little frustrating considering the size of the average payday that actors tend to see versus the pay that the crew tends to make. That doesn’t sound like the issue though, and even if it was it’s likely that no one is going to announce it aloud since the plain truth is that, yes, I will say it, actors make way too much for what they do. Let’s get it clear, actors take on a big responsibility when it comes to entertaining the masses, but they’re expendable, as it was shown during 2020, and as it’s been shown throughout the history of cinema.

People in show business can talk about a pay gap or unequal pay structure all they want, but when it comes down to it, most actors are grossly overpaid for what they do, and sometimes the inability to connect with the people that watch them makes it even more apparent that they don’t deserve as much as they get. There are plenty of actors that are doing what they can to help others and have made it a part of their life to be dedicated to their fans, but those that aren’t are, well, spoiled brats. The idea that this was over the level of pay isn’t too far off base, but it’s likely that negotiations fell through for other reasons as well, which is unfortunate but still a part of show business.

Maybe somewhere down the line we’ll see Good Girls emerge again if another network decides to take a chance and pick them to see what can be done with the show. But for now, it’s off to the shelf to wait and see what might come next. The show did last for four seasons, so one might have thought that there would be no problems with negotiations, but obviously that wasn’t the case. Sometimes a show just reaches a stopping point, even if that’s not what is desired.