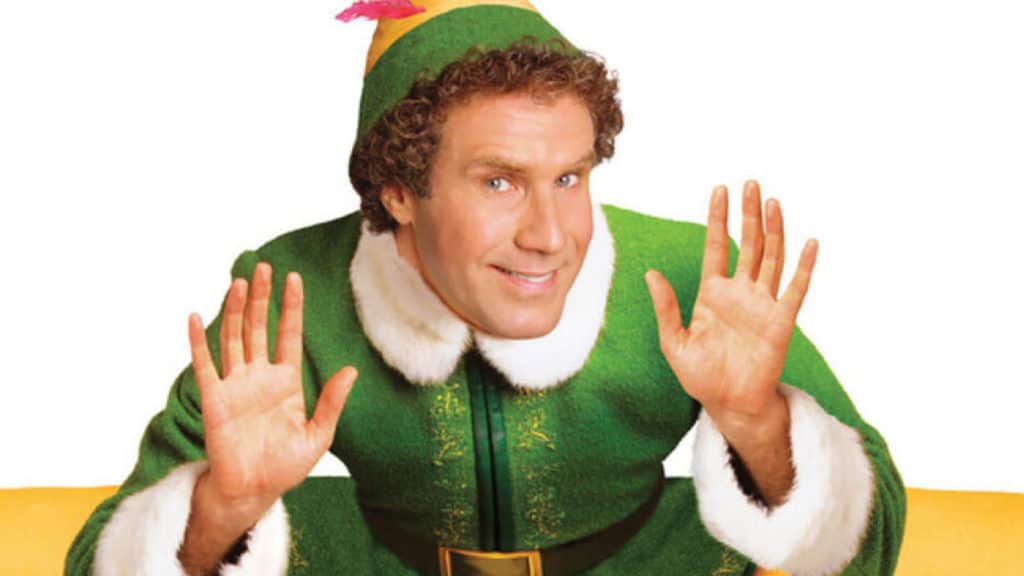 Quite often it’s seen that a single person can’t really carry a movie on their own, even if fans would disagree and insist that one person can make a movie what it is. Elf has been a cinematic holiday staple for quite a while now, as it’s right up there with National Lampoon’s Christmas Vacation and Home Alone as one of the movies that people absolutely have to watch when it comes to the holidays. It does pay to be a Will Ferrell fan while watching this since if you’re not, well, there’s a good chance that this might not be your favorite movie but it still has its charms. But coming up with a second movie kind of begs the question of why and what it would actually look like since to be fair, the first movie wrapped up nicely from start to finish and didn’t really need another story. But as it happens, a lot of people tend to want to know what happened to the characters after the story is over, what they ended up doing, and so on and so forth.

Seriously, some folks don’t get the feeling of contentment from seeing the credits roll after an enjoyable tale and want to hear more rather than move on. But it does sound as though Faizon Love, the manager, was actually interested in bringing this idea back, but it’s hard to see how it could be made without Will Ferrell, who already turned the idea down when it was presented to him. Whatever people want to say, it does sound as though Ferrell made the decision to stay away from the sequel due to the fact that he didn’t think the story was worth telling again, even if the script might have been just different enough to work. The thing is, making another movie doesn’t work without the star, and if James Caan isn’t there and the rest of the cast isn’t there, then it’s kind of pointless.

That would hopefully be the end of the conversation at that point, but this is show business, and sometimes the ideas that don’t make a lot of sense manage to stick around for a little too long. When they’re allowed to stick around that long it becomes possible for someone with the ambition to do something, anything, to keep their career going, and this means that some ideas that have been floating for just long enough get picked up. But going back to Elf 2 at this time might sound possible to some and even sound like a good idea to others, but it’s probably best to leave the idea where it is, at the edge of maybe and maybe not, especially since it would appear that the lead actor doesn’t want to go through with it. There’s not a lot of doubt that someone could take the script and work with it in a way that might make sense to a lot of people, but it does stand out as one of the stories that people should probably just leave alone since there’s more sense in letting it sit than allowing it to be developed and turn into something that won’t make nearly as much money as the first movie.

It might sound like a blasphemous thought, but maybe one of these days a reboot would be in order, perhaps long after Will Ferrell is retired and/or passed on, since at this time it feels as though initiating a reboot would require his permission, not from a legal standpoint but from one that might appease the fans. For now though, no matter how much people might want it, Elf 2 isn’t likely to happen, and if it does, then it’s a huge mistake in the making that would likely only make money if people were willing to delude themselves into thinking that it was even comparable to the first movie. Harsh as that might sound, the truth is that some movies tend to belong in the category labeled ‘One and Done’, since any attempt at a sequel is going to be more than a little difficult and ill-advised given that the first movie was either just barely good enough that it managed to entertain the fans, or it was near-perfect and doesn’t need to be touched upon again.

A lot of people don’t tend to subscribe to such a line of thinking since sequels have been rampant for many years now, but the trick with sequels is that one needs to tell a story that requires more than one movie to wrap everything up. Elf said what it had to say in one movie and that was the end of it. Things might not have been one hundred percent perfect, but they were good enough that the first and only movie could stand on its own and become a classic without any help from a sequel.