Home
Movies
Why Does Yoda Use a Walking Stick in Star Wars? 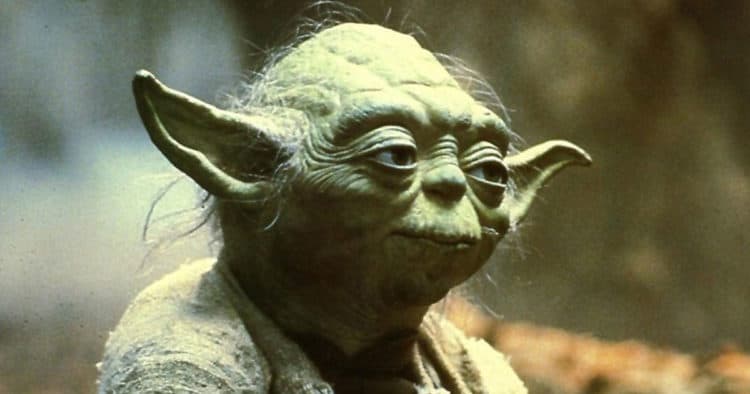 This feels like one of the silliest questions to ever ask of a character since those that are in the know, fans that are both toxic and dedicated without needing to force their knowledge on others, shoulder understand it quite well. But for those that have never been into Star Wars, it’s easier to explain since if they’ve seen the prequels and had a chance to see Yoda flipping around nimbly with a lightsaber, seeing him with his Gimer stick was possibly a little confusing. Well, let’s dispel that confusion. The Gimer stick is something he received from the Wookies on Kashyyk, and while it was great for support it was also something that could be chewed upon in order to gain the nutrients that Yoda needed, and it had a couple of other properties as well that were beneficial to the aged Master Jedi. But as to why he would need a walking stick at all when he could flip about so easily, one has to take into account that Yoda was stronger in the Force than many of his fellow Jedi, but even the Force could take a toll on a body if used too much, almost like what might happen with steroids to a human body. The instant boost, if steroids worked that way, would enable a person to complete impressive feats, but as science has shown, steroids take a heavy toll on the body.

The Force is no different, and it has the ability to wear a biological form down even quicker if used too extensively, as it has been seen in the Legends canon with a few characters as the Force will literally kill someone if used to a great degree. This is why Yoda uses it so sparingly and so forcefully since in a fight, his stamina, even with the Force, will begin to flag after a while. People might need to take a look at the prequels again to see how the fights against Dooku and then Palpatine actually drained Yoda and set him to breathing heavily after a short while. When using the Force, Yoda doesn’t need his Gimer stick since he’s infused with pure Force energy and can move about in ways that his aged body wasn’t capable of without the Force. The fact is that even during the prequels Yoda was centuries old, and whether it was because of the natural longevity of his race or because of the Force, or both, he was tired, as one could see and hear in Return of the Jedi. This was no young being that was presented to the fans, but an old, wizened, and retired warrior that had stuck around just long enough to impart a bit of wisdom and training to a rather brash Luke Skywalker, who had much to learn but not enough patience to realize this.

The simplest explanation is that Yoda used the stick because using the Force at all times would have burned out his physical form a long, long time ago. The physical form of any being is flesh and blood, and as such is not immune to the ravages of time no matter how long-lived various races might be in the Star Wars universe. If one isn’t a droid, then their bodies will eventually deteriorate and fail to function as they did in their younger years. Think about it, how many people in the real world can still do the same things they did when they were teenagers, or in their 20s? There are precious few that can perform in the same manner, and those that use canes, walkers, or wheelchairs might dream of those days, but they know that they’ve gone and aren’t coming back since a biological body doesn’t get younger unless the laws of nature have been broken or somehow subverted. Yoda was an old, in fact ancient, being that had seen the rise and fall of many Jedi and the Republic, and the days when he could move about without assistance of some sort were long gone by the time people were first introduced to the Master Jedi. Anyone thinking that he could just keep calling upon the Force kind of missed the point of the Force over the course of the movies.

To many Jedi, the Force was, as they’d been taught, the unifying bond within the universe, but many also came to see it as a tool to be respected and not used for every little thing that a Jedi might need. What this means is that a wise Jedi or Force-user wouldn’t call upon the Force for everything, and would learn to be self-sufficient without the Force, but also use it when needed and when it was necessary. In other words, Yoda used his walking stick because he was old and needed support and because he wasn’t about to rely on the Force for everything.