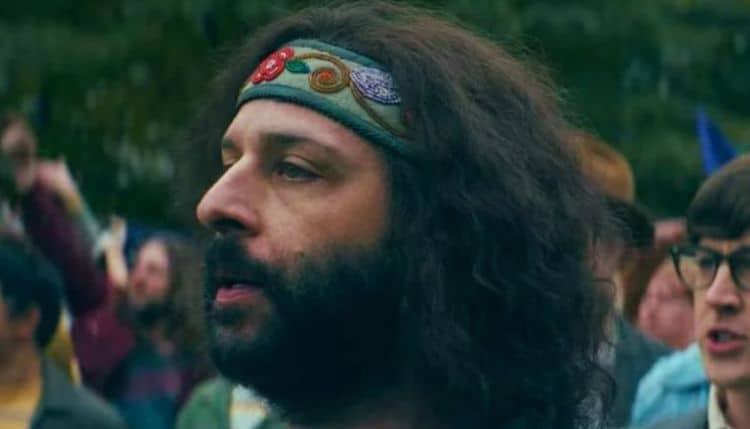 There is a time when method acting might be seen as kind of risky in some situations, especially when it’s genuinely angering other actors and making it difficult for them to keep working. In such cases, a director or a producer tends to correct those actors that are going a little too far in order to bring the production back in line so that things can continue to run smoothly. Otherwise, it tends to get out of control and as a result, can make people storm off in anger. But there are times when it can create the needed tension in a room as Jeremy Strong was going for in Trial of the Chicago 7. In case you’re wondering just what the movie is about, it has to do with a group of defendants that were charged with inciting a riot and various other charges that had to do with anti-Vietnam and countercultural protests. This happened back in 1969-70 in Chicago, Illinois, and was the result of actions that took place during the 1968 Democratic National Convention. One can easily imagine that the subject was serious enough that it didn’t need any added tension on the set, but obviously Jeremy Strong didn’t feel this way since he actually admitted to placing a fart machine in the judge’s podium where no one could find it at first and would trigger the device at given moments to increase the tension, which worked it would appear since Frank Langella, who plays the judge, was getting noticeably upset at some points.

That was the point of the whole thing as Strong puts it, but one has to wonder just why he would go to such an extreme when Langella is a good enough actor to nail the appropriate emotion, as are many of those that were cast in the movie. It’s easy enough to defend Strong’s actions since and Sacha Baron Cohen were seen to do a few things to create more tension for the movie, even if it feels as though they could have found another way to slip into character while not bothering to annoy everyone around them. Some would say that this is a stodgy and very unimaginative way to go about things, but there are times for hilarity, and a movie that’s based on a very serious subject isn’t taboo when it comes to pulling pranks, but one’s timing needs to be precise and appropriate since the idea of creating a serious movie that isn’t bound to be known for its hilarity. Method acting is known for its provocative technique since it involves pulling real emotion from the actors that adhere to the practice, but as anyone that’s dealt with very powerful emotions knows, which would include many upon many people, real emotions can make a person feel a bit unhinged and even out of control at times. For a movie, this can work in a very big way since the real emotion that is derived from using personal experiences or from using perceived moments that make the actor think ‘what if’ in many different ways. But the downfall is that method acting can also go out of control and become highly unethical since it sometimes requires the actors to dig at each other in ways that even worst enemies wouldn’t think in order to complete a role.

In a way, method acting almost sounds like a crutch in some ways for those that can’t dredge up the needed emotion for a role, but it’s also a valuable tool that people have learned how to use since some folks have mastered it in a way that’s nothing short of amazing. There are some truly great method actors in Hollywood, though even they manage to go too far sometimes and get lost in their roles. Some folks might not want to believe it, but just as a writer can get lost in the reality they’ve created in a story, an actor can get lost in the role they’ve taken on for a movie. There is a switch of sorts in the brain, a compartment where we might keep the mindset that is needed for such things, and those that have the responsibility of creating said creations that come from this mindset can in fact get lost at times. This wasn’t the case for Jeremy Strong though, as he was attempting to pull the needed emotions from his fellow actors, but was doing so in a way that was becoming increasingly disruptive, which is why the producer of the movie had to speak him more than once and the director was becoming a bit irritated with Strong’s actions. Sometimes method actors take things a bit too far due to the ability to fall into their character, and then sometimes they’re simply being manipulative when they should allow their fellow actors to do their job.

Five Must-Watch Movies For Anyone New To Alfonso Cuaron