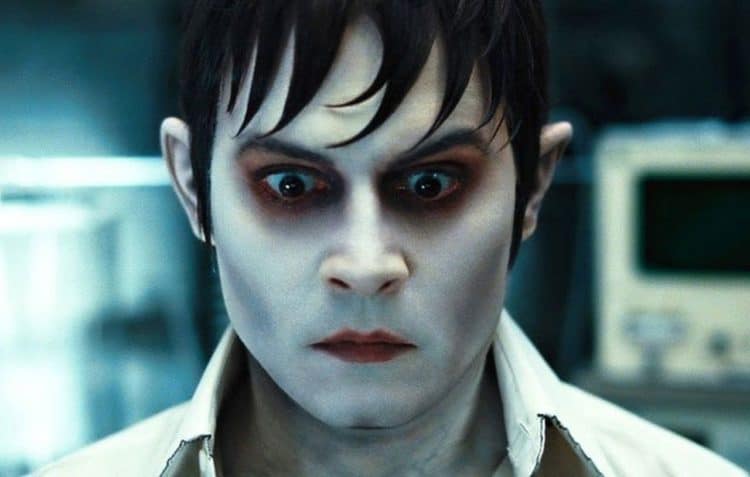 Dark Shadows had Tim Burton in the director’s chair, Johnny Depp and Helena Bonham Carter in front of the camera, and Danny Elfman making music. The arrangement sounds like a surefire recipe for a classic Tim Burton film that will be remembered for ages. So, what made Dark Shadows the director’s most critically panned film of his career? In this article, we’ll explore why, despite the cast and the director’s vision, Dark Shadows was booed at the box office. The film is based on the gothic soap opera of the same name that aired on ABC from 1966-1971. The show was a campy, supernatural thriller that featured vampires, witches, and ghosts.

What Dark Shadows is about

The film’s premise is simple enough: a young man, Barnabas Collins (Depp), is turned into a vampire by his witch ex-girlfriend. He wakes up in 1972 after spending 200 years in a coffin. He returns to his family home and finds that the Collins family has been living under a spell for two centuries. Barnabas must find a way to break the spell over the Collins family and save his own soul from eternal damnation. The movie was based on a soap opera from the late sixties, which was itself inspired by an eighteenth-century novel about vampires. The original series featured many of the same characters as this movie did, but with a few major differences. The biggest difference between the original series and the movie is that the original show was a daytime drama, while this film was released in theaters. The movie’s plot was also very different from the original series. The soap opera focused on a young woman named Victoria Winters (played by Alexandra Moltke), who moved to Collinwood Manor after her mother died. There, she fell in love with Barnabas Collins, and they had a tumultuous relationship for many years. The film’s plot focuses on Barnabas Collins instead of Victoria Winters, and it completely disregards the previous 200 years of history that were established in the soap opera. This is why some fans of the show were disappointed with the movie.

Dark Shadows takes place in 1972, when the Collins family (who live in a mansion called Collinwood) are cursed by a witch named Angelique Bouchard. The curse brings back their ancestor, Barnabas Collins (Johnny Depp), who was buried alive in 1776 after being turned into a vampire. The film’s main problem is its tone. It’s hard to tell if it wants to be a comedy or a drama. Dark Shadows has some truly funny moments thanks to Depp’s over-the-top performance, but even with Johnny Depp’s acting chops, which itself can always make any movie 10 times better, Dark Shadows is a truly forgettable flick. IndieWire said it best in their harsh review of the movie, writing: “Precisely how bad “Dark Shadows” is is not immediately apparent: the opening flashback, and the introduction of Victoria both hold as much promise as they do perfunctory exposition. But even with Depp doing marginally more work than he does as Jack Sparrow – albeit indulging all of the same weirdo-cartoon muscles – there isn’t much reason to care for Barnabas, even after his lover commits suicide and he’s sentence to an eternity as a vampire. Worse, the other introductory idea, that Victoria is somehow connected to his fiancée (reincarnated? Reborn? Inhabiting the body of the young woman?) is vaguely promoted then dropped almost altogether, as Victoria is seen only about two more times in the film before she and Barnabas declare deep, meaningful feelings for one another.”

The ensemble didn’t do the movie any favors either

As mentioned, Burton, Depp, Bonham Carter and Elfman worked on the movie, which is almost always a recipe for a classic Burton tale. Burton and Depp’s partnership made their respective careers and produced wonderful films such as Edward Scissorhands, The Nightmare Before Christmas, Sleepy Hollow, and Charlie and the Chocolate Factory. Their magic wasn’t apparent in Dark Shadows, however. Burton is a great director and Depp is a good actor, but somehow none of that mattered in the movie. The New Republic‘s review elaborated on this best with the following: “The only reason to see Dark Shadows is to discover how dire and pointless—how flat-out dreadful—a movie can be even when it has Tim Burton, Johnny Depp, Michelle Pfeiffer, and Helena Bonham Carter attached to its flimsy pretext. This is one more vampiric concoction, the total budget for which (apparently $105 million) might have sustained 100 worthwhile, independent projects by new directors. Its reason for being is that Burton once made some sprightly, unexpected excursions into the Gothic grotesque, and often he made them with Johnny Depp, who for years now has traded on the legend that he is one of the most charismatic actors we possess.”

The movie’s pacing is “torturous”

Dark Shadows suffers from pacing issues during the first half of the film. The movie spends too much time introducing characters and setting up twists which is fine for most, but it becomes tedious as there are times when nothing seems to happen. Burton could have cut out some of these moments in order to make Dark Shadows more succinct. Despite its flaws, Dark Shadows still has some redeeming qualities. The acting is great all around, especially Depp’s performance as Barnabas Collins. He really gets into character and makes you believe he’s this 18th-century vampire. Helena Bonham Carter, Eva Green, and Michelle Pfeiffer are also great. The film’s visuals are also very impressive. The sets look amazing, and the costumes look authentic to the time period. WBUR was generous with their review, despite pointing out the movie’s problematic pacing, writing: “While the plotline was nonsensical, the pacing torturous and the budget tiny, Dark Shadows cast a spell.”

But it’s still worth a watch