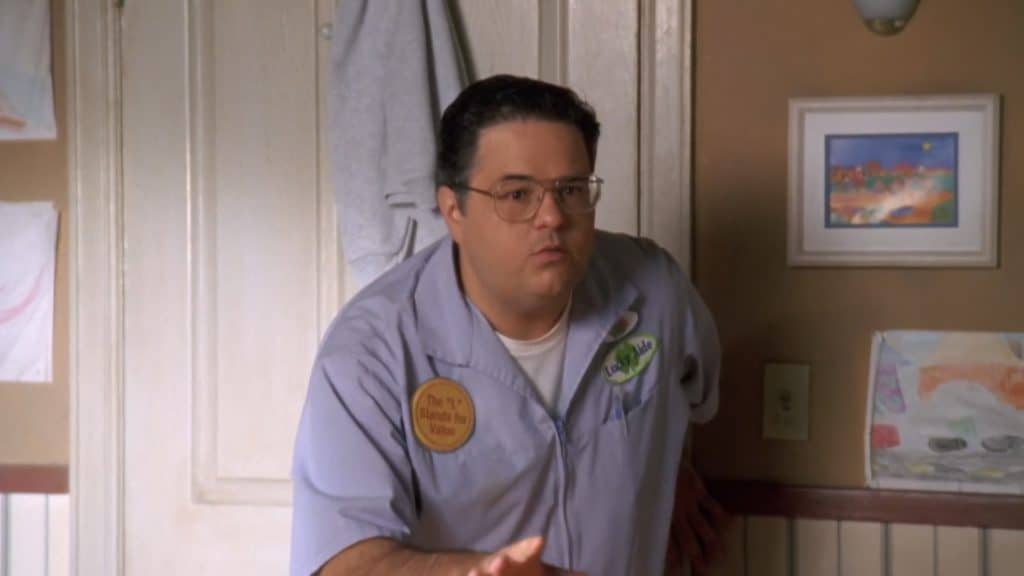 You expected me to roast Cloris Leachman’s character, Grandma Ida, or Francis, or someone else that might deserve this designation, right? Well, you might be right that they’re horrible characters in their own right, but Francis at least tried to do something positive, and Ida at least owned up to being horrible and gave enough reasons to be the way she was. Craig, on the other hand, had a seriously inflated ego for much of the show and had little to no reason to be this way. The guy coveted Lois in his fantasies more often than not and while he didn’t reveal that he had an issue with Hal that often, his daydreams made it clear that he wanted Lois all to himself while Hal was off scrubbing the floors or perhaps wallowing in the same misery that Craig did on a regular basis. And yet, for all that, he felt that he was a big shot in his own little part of the world, especially when he was at work and wasn’t on probation. Imagine that, a person being put on probation working at a local pharmacy/convenience store.

It’s simpler to say that Craig was a walking bundle of issues since every time he came into contact with Malcolm’s family it was as though he’d forgotten everything that had happened before. From Dewey losing his cat to Lois finally telling him that nothing would ever happen between them, Craig has done nothing but suffer at the hands of Malcolm’s family since his expectations are too high and he’s kind of a glutton for punishment. He does bring plenty of his own misery on himself as well since there was a time when he decided to get a helper monkey when he was injured badly enough that he couldn’t fend for himself. Of course, Craig’s demanding nature managed to tick off the monkey so badly that the little critter decided that he’d had enough and started tormenting Craig, making it clear that he’d taken enough guff from the human and would be taking his revenge.

On top of all that, Craig is a seriously insecure person that only felt confident when he had the advantage over those around him, which wasn’t often. He was a bit of a conniving character as well since he was definitely waiting until he saw his chance to sway Lois to the idea that had been resonating in his head for so long. In fact, the one big act of heroism on Craig’s part came during the episode when Lois finally told him nothing was going to happen between them. Even that led to injury though since after heaving a safe at the two burglars that were trying to rob the store he ruptured something inside of himself and couldn’t move for a while without hurting. In other words, Craig became the author of his own pain and misery after a while, and yet like the rest of the characters, he did manage to get a halfway decent ending when the show came to a close, as Reese moved in with him after taking a janitor position at his old school.

What this meant was that since Reese was an expert cook and had managed to accept the fact that he would be little more than a janitor for the rest of his life, Craig had a reliable roommate, kind of, that would likely keep him fed and would be a decent individual to live with since Reese actually matured a good deal over the course of the show. It might actually be a little disconcerting to think that one of the worst characters on the show managed to get a decent ending, but all in all, Craig kind of earned it since, after all his whining and hopeless fawning over Lois, he did manage to be a fairly solid character in the series that was there for a purpose, to be the punching bag for life in general. As bad as Malcolm and his brothers had it at times, Craig usually ended up with the shorter end of the stick in life through his own doing and because of the people he hung around. Of course, with his continually poor attitude and whining manner, it’s fair to say that he deserved a lot of it.

So really, seeing him happy at the end of the show wasn’t too bad since it meant that there was some justice to it all, especially since Craig didn’t luck out and win the lotto or something ludicrous that would have set him at the top of the food chain so to speak when it came to the series. The guy was kind of the whipping post of the show, and as I’ve already said, he earned his position without question. 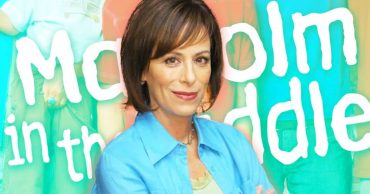 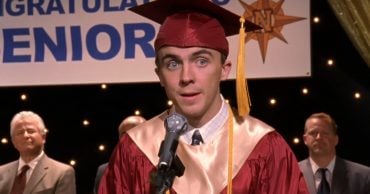