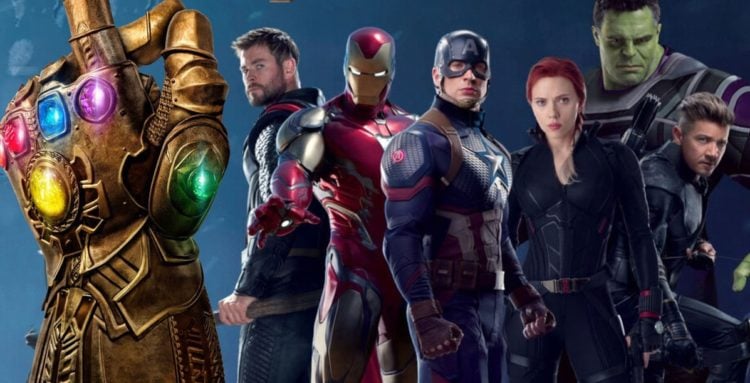 As a lifelong Marvel fan, one of my absolute favorite storylines was Civil War. I still remember reading it when it first released back in 2006. Boy, what a different kind of superhero story. I think what made it most interesting for me was that it made all the heroes vulnerable. They had to deal with the pressures of the law and public opinion. The first few pages even threw us right into the fire with a more realistic take on superheroes, more particularly the younger ones.

The New Warriors had their own hit reality TV show and wanted more ratings. They figured the best way for them to do so was to take on a group of fugitive supervillains who were way out of their league. They knew this, but Speedball, the leader of the group, only cared about the boost in ratings. Well, they went in, subdued most of the villains, except for one, the villain called Nitro. This guy has the ability to literally make himself explode at will on an atomic level. He can then reconstitute himself and do it again. Basically, he’s a walking nuke. He was cornered by Namora, Namor’s cousin, and he blew himself up. He killed all of the New Warriors (except Speedball), his fellow supervillains, and over two-hundred school children.

What made it worse was that Speedball was caught on tape saying that he knew that the villains were out of their league, but wanted to take them on anyway for the ratings. This did not sit well with the general public, who lost their respect for superheroes. They demanded accountability and the government ordered the Superhuman Registration Act. This required all superheroes to reveal their identities to the world and become agents for SHIELD. This was a suitable plan for heroes like Iron Man, Mr. Fantastic, and Yellowjacket, but heroes like Captain America, Luke Cage, and Falcon declared it to be unconstitutional and fight against it. Pro-Registration heroes fought against Anti-Registration heroes, hence the title, Civil War.

It was a good read, it pitted brother against brother, husbands against wives, and close relationships were destroyed because of it. Compared to other Marvel stories, Civil War was quite emotional and changed the Marvel Universe forever. It led to many tragedies, including the death of Bill Foster, the imprisonment and death (he was later resurrected) of Captain America, and the slow, but subsequent rise of the Dark Avengers. I mean, even before they became the new official Avengers, they all had to deal with Secret Invasion. All of that was able to happen because of Civil War. It’s one of the darkest chapters in Marvel history and that’s why I love it so much. What a way to elevate the superhero genre and shake up the formula.

Speaking of which, does the Superhuman Registration Act sound familiar to MCU fans? Sounds very similar to the Sokovia Accords from the third Captain America movie. I’ll just come right out and say that it was a great movie, but it pales in comparison to the comic. Granted, there was too much going on in the comic to squeeze into one movie, but that’s why there can be a part two. Can Marvel actually pull it off? Absolutely, and they can do it in a way that won’t be redundant. The best way to do that is to adapt the actual Civil War 2 storyline.

Why do I think they can make it work? Well, for starters, they just recently introduced one of the story’s chief characters into the MCU. Like the first Civil War comic, there was one major Marvel hero leading a group of other heroes to challenge another group of heroes led by another major Marvel hero. In Civil War 2, Iron Man once again led one faction, while Captain Marvel led the other. Their opposing views revolved around a question of morality and was far less political than the first Civil War conflict. The source of their conflict was a young Inhuman by the name of Ulysses Cain. This guy had the ability to see into the future, including people committing crime before they happened.

Sounds a lot like Minority Report, right? I mean, that’s not a bad thing, not in the slightest. I loved that movie and the themes it was going for. When I read Civil War 2, I thought about Minority Report. Captain Marvel believed that the young Ulysses could use his powers to help prevent crimes before they happened. Iron Man, on the other hand, believed that the punishment should come after the crime and even argued that Ulysses’ powers were based on possible calculations and not probabilities. Some heroes agreed with Iron Man and others agreed with Captain Marvel. A second superhero civil war began.

Now the biggest issue Marvel would have in order to adapt Civil War 2 is an obvious one: Iron Man is dead. In fact, Captain America played a big part in the story, and the MCU version is retired. That’s fine, because since now is a new phase for the MCU, so it’s time for new heroes to take the center stage. In the case of Captain Marvel, Civil War 2 would be a great chance to flush out her character. She is a hero, but at her core, she’s ultimately a soldier. She’ll do whatever it takes to get the job done, because completing the mission is her goal. Will she bend the rules? Very much so, and her stance in Civil War 2 shows that.

Heck, she even took Tony Stark’s side in the first Civil War. In her mind, every action she takes is for the greater good, even if it’s not necessarily the most moral choice. Captain Marvel will be a prominent hero for the MCU going forward and she needs to take on the role as a leader more. The only way she can be different from Captain America is by being less “boy scout-ish” and more focused on making the ends justifying the means. She’ll be a more direct leader than Cap and less sympathetic, putting her at odds with other heroes.

In the case of finding a hero to replace Iron Man, I would pick Sam Wilson. Now that he’s the MCU’s Captain America, his hero status has greatly elevated. His ideals reflect Cap’s and he’s the man who is carrying on his legacy. Captain Marvel would be the hero to challenge that and seeing them go at it would be very interesting to watch. And yes, add in Ulysses and the Inhumans. I’d think of it as Avengers: Minority Report. Now that sounds awesome.

If you haven’t read Civil War 2, I suggest you give it a read. I won’t spoil anymore details, but I believe a movie adaption will serve the MCU well.