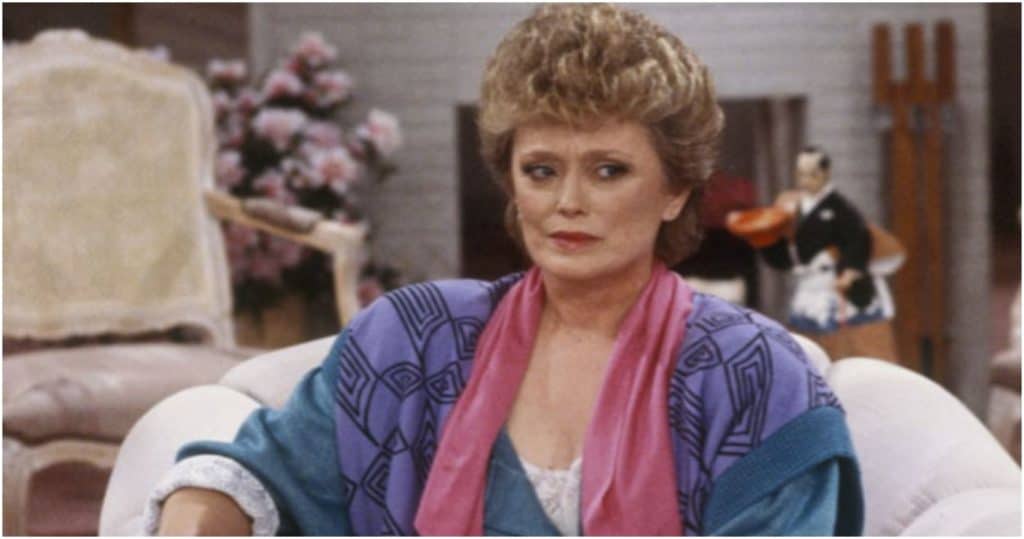 A lot of people might have figured that I would have picked one of the men that came in and out of this show as one of the worst characters, but the fact is that Blanche was the worst character among the quartet on The Golden Girls, but she had a bit of competition in Dorothy. Given the fact that Dorothy was kind of a grump and a buzzkill a lot of the time one would have imagined that she would get this title without question, but the fact is that she was one of those looking out for the other three and much like her mother she was blunt but she was honest. Blanche on the other hand was the kind of character that had to have her ego stroked more than once during the course of the show to feel that she was worth anything, and even then it’s kind of debatable if she was. As a southern belle born and raised on a plantation she was used to having her way and being pampered quite often, and while she did exhibit a few good qualities now and then she was about as narcissistic as she could be without being an outright villain.

There’s no denying that she cared for her friends a bit and that she knew how to tone it down every now and again, but her default setting was a man-crazed individual that required her needs to be met when she wanted them and that was it. The thing about this was that her roommates balanced her out in a big way since they weren’t going to give in that easily. They cared about her as well, but they weren’t pushovers by any means since they weren’t ready to just lay down and give Blanche everything she wanted. Even the men that she chased after on the show didn’t always give in to her since she either became too needy or she became too standoffish and it managed to skew a relationship every time.

Some might say that she’s looked at in a negative light because she was a woman chasing after men and that men wouldn’t be looked at in a negative way for doing the same thing. That’s when a person has to ask someone if they’ve ever watched a sitcom, since men that do this aren’t looked upon with any more favor than women are, especially in a sitcom setting. Even in real life men that do such a thing are often considered to be lower than dogs since they have no loyalty and no better sense than to go around trying to get with every woman they can. In this respect, Blanche was at least a little bit choosy since she wasn’t going to run around with just any many. But try telling that to Sophia and she’d come up with another joke that might tell people just what she thought of Blanche. The funny thing is as much as the women ragged on one another they were still close and they still stood up for each other when it was necessary. This is why calling Blanche the worst character on The Golden Girls isn’t much of an insult and is more like paring it down until a decisive winner is found.

Blanche was simply a free spirit and sometimes a little too free of a spirit since she left no doubt about how she lived her life and was proud of every second of it, or at least most of it. In a way that’s kind of easy to admire since she didn’t really care what anyone else thought unless she made herself care. She was going to do what she wanted to do and at her age, since she’d had six kids already who were grown and living their own lives, it’s something that anyone should be able to respect. Once a person hits a certain age and their kids are grown and out of the house, it’s their time. Grandkids are all well and good at that age and it’s always a hope that every grandparent will love their grandkids, but otherwise, that’s the time when people get to really cut loose and get to remember when they didn’t have such obligations.

So really, Blanche is the worst character simply because she had the morals of an alley cat and the charm of a southern belle who didn’t realize she was past her prime, but she was also the type of character that lived unapologetically and didn’t really care what people thought most times. She was someone that would be easy to look at and shake your head though, especially someone that happened to know her a little too well. Seriously, if a person gets to know someone like Blanche at that age it’s fair to think that they’d be shaking their head a lot.