Home
Entertainment
Where Does Quinlan Vos Fit During Order 66? 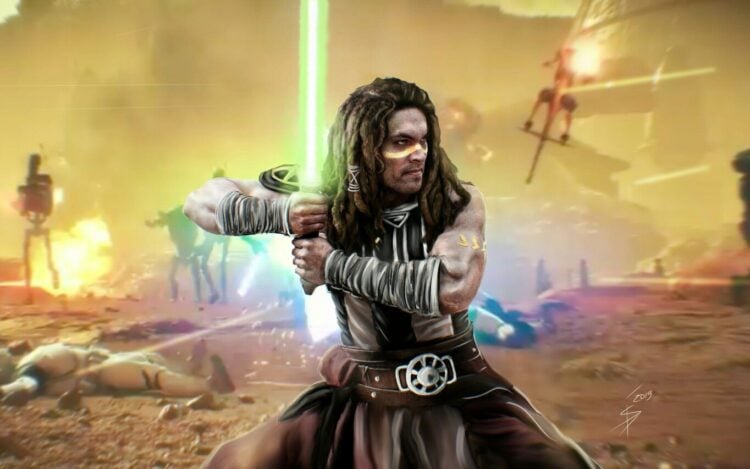 There are plenty of Jedi that should have already been revealed in the movies and the shows, but Quinlan Vos, while he has shown up in an animated series, should have managed to show up in a live-action appearance at this time. This character is more than a little interesting, and the mere mention that he’s been given in the Obi-Wan Kenobi series is great enough that a lot of people are hoping that there might be a surprise coming at some point. It’s not exactly that hopeful, but out of all the Jedi, Vos is one of those that was bound to survive Order 66 thanks to his special talents. Apart from his abilities as a spy and someone that can experience ambiguity in the Force, Vos also has the use of something called psychometry, which allows him to get a Force reading from an object, which is beyond even the most powerful Jedi Masters since it’s an innate ability that is found in Vos’s people and very few others. But it’s this quality that would have made him a valuable asset to those that Kenobi has contacted in the series. It’s also one of the only abilities that could keep him alive.

Vos is one of the most powerful yet misunderstood warriors in the Jedi Order, and much of it comes from the realization that he’s also one of the most unbalanced since he has managed to go over to the dark side and come back again. That kind of thing is bound to mess with a person’s mind in a way that isn’t entirely reversible. His time spent in the field during the Clone Wars was extensive, and his ability to infiltrate the Sith was invaluable, but it was almost his downfall as well. The fact is that he did come back to the Jedi, and would eventually survive the fallout of Order 66 after a vicious game of cat and mouse with the clone troopers that were attempting to kill him.

After that, Vos’s whereabouts kind of tapered off since in the graphic novels detailing the Clone Wars, as he had a lover that gave him a child. Whether this is considered canon or not isn’t really relevant at the moment since Vos’s story could be a great thing to see in a live-action movie, and there are a couple of actors that might be great in this role. Jason Momoa would be a great idea, and there are a few others that would be excellent in this role. But it would be great just to see him show in the Obi-Wan Kenobi series before it’s over and done with. Or perhaps he could be shown in an Obi-Wan movie. It would just be good to see him show up since Vos is one of the Jedi that is complicated and hard to figure out, but he’s also one of those that could have survived Order 66 in a way that many others could not. Since he’s already interacted with Kenobi in the past in animated form, it would be great to see them meet up again, but this time in live-action.

The fact that he did leave his mark to show that he’s been helping to ferry people away from the Empire is enough to think that he should show up in the series, but just wanting it isn’t enough obviously, or the Star Wars franchise would have gone in a lot of different ways by now, even more than it already has. Creating a series about Vos could be a great idea, to tell the truth since it could be the way to show how he survived Order 66, and how he was able to start ferrying people throughout the galaxy. A movie or a series would be just fine since this is the type of character that, once revealed, could create another layer of depth to the Jedi Order that people might be interested in since the ambiguity of the Force is such that a lot of folks have their own take on it and might need yet another perspective to consider. But showing how he survived would go a long way to explaining his role in this overall story and why he’s actually quite important.

When all is said and done, Vos is a Jedi that should be shown in this franchise since it’s clear that he’s one of the toughest and the most skilled, not to mention the fact that he’s one of those that knows the dark and light side of the Force intimately. The fact that he did survive the Purge and kept risking his life for others makes it clear that he was devoted to the same principles that made him such a great warrior, to begin with. Maybe it’s time to show that much on screen so that everyone can come to the realization that he’s worth the effort.