Home
Entertainment
How Much Blame Does Obi-Wan Kenobi Deserve for Anakin’s Fall? 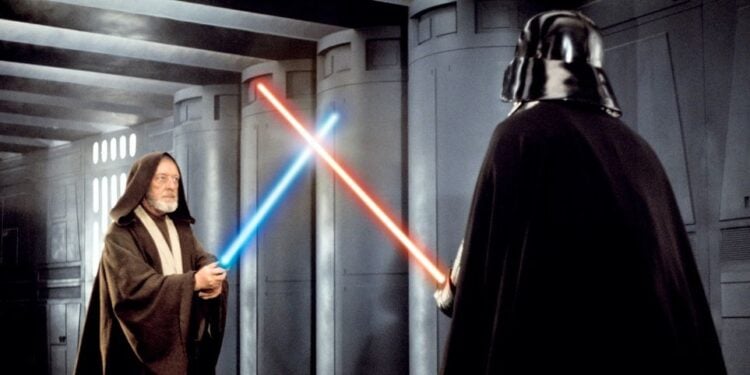 There is an argument out there among Star Wars fans over how much responsibility Obi-Wan Kenobi harbors concerning the fall of Anakin Skywalker and the rise of Darth Vader. This is especially pertinent with the Kenobi series coming up eventually on Disney+, especially since the relationship between Kenobi and Vader is a complicated one that doesn’t have a clear and decisive scapegoat to blame. When digging into the issue of whose fault it is that Anakin became a dark lord of the Sith, Obi-Wan is an easy target when it comes to applying blame since he was Anakin’s teacher, role model, and friend for many years. If anyone is to blame for his downfall, it’s the guy he was supposed to be closest to, right? That kind of assumption is dangerous since it not only absolves a character of all personal responsibility, but it makes clear the idea that some folks think that mentors are supposed to be perfect somehow. Several factors make it easy to see that Obi-Wan and Anakin were being set up for failure from the start.

In an ideal world, these two had a great chance to become much more compatible than they were, but that’s not how the story rolled out. To start with, Obi-Wan didn’t exactly like Anakin given that he was an intrusion into a life that Obi-Wan had been building with his master, Qui-Gon Jinn. But chalking this up to special circumstances and remembering that Kenobi was still maturing at that time could be a way to explain why he was being such a jerk. With the loss of Qui-Gon, Obi-Wan wasn’t in the right headspace to be taking on a student, especially since he’d just become a knight at the end of the first prequel. It’s almost as though by honoring his master’s last wishes to train Anakin that the Jedi Order collectively said “You asked for it”.

To be fair, he did take on the role out of choice, as he wanted to honor his master’s wish, but that doesn’t mean that Obi-Wan was well-equipped to deal with an emotional child that had such massive Force potential, since the only thing that Obi-Wan had on Anakin, even during their last fight, was his experience and combat expertise, since Anakin’s raw power feels as though it could have annihilated Obi-Wan if not for his own training. Overwhelming power is hard to beat, but experience offers a lot of options that sheer force doesn’t always take into account. Blaming Obi-Wan for Anakin’s downfall is convenient, but it’s not the best choice. Thinking that Obi-Wan knew what he was actually taking on isn’t that accurate since until Anakin’s training really started up he had no idea how powerful the kid could be, nor did he realize how headstrong Anakin was either. In a big way, Obi-Wan took on a mountain that many thought was an insignificant molehill, and despite struggling for a good part of the time to be a worthy mentor, Kenobi did what he could to teach Anakin.

But the truth is that he wasn’t Qui-Gon Jinn or Yoda, and as such didn’t yet have the accumulated wisdom needed to make an informed decision when it came to his padawan. One big issue was that Anakin was a difficult person to get to as well, since attachment wasn’t something that he could let go of, as he’d had a hard time leaving his mother, and he was smitten with Padme from the start. Obi-Wan wasn’t perfect of course, he had his own attachment that he had to work to keep at bay, but the older Jedi was still doing his best when it came to teaching his young padawan since after just a couple of years he still didn’t fully trust Anakin’s ability in the field. Once he did, it was evident that Anakin was still going to do things his own way, and thus it became an even bigger struggle for Obi-Wan since his calm and peaceful nature couldn’t break down the walls that Anakin had unwittingly created over time.

Anakin’s fall to the dark side was, in some part, the fault of Obi-Wan, since he was the mentor and the man in charge of seeing to Anakin’s tutelage and his development as a Jedi. But one has to place the onus more directly on Anakin’s shoulders since he had the tools and the teaching needed to become a great Jedi. The problem, unfortunately, is that instead of humbling himself now and then, he allowed arrogance to guide him more often in his many actions, and in the end, this was one of the main reasons he fell and fell hard. Obi-Wan beats himself up enough for his failure with Anakin, there’s no need to pile on another load of shame.