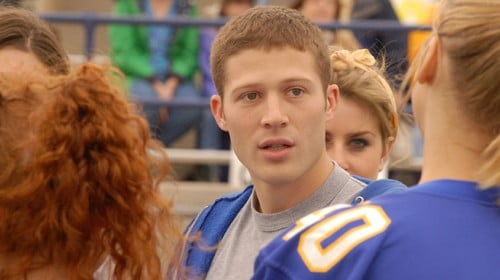 Zach Gilford was a household name back when “Friday Night Lights,” was all the rage. He was a young man with a huge fanbase, with a massive following, and with the talent that would take him places. But, he’s not really been in much since his FNL days ended, and his fans wonder where he is. What’s he been up to? Is he still around? There is a lot his fans don’t know at the moment, and it’s time for us to find out where he’s been and what he has been up to. He brought the most lovable, most likable character on primetime television to life, and fans are curious where the man who played the beloved backup quarterback, Matt Saracen, went.

Zach Gilford celebrated his last birthday in his 30s at the beginning of 2021, and he will celebrate his 40th birthday on January 14, 2022. It’s difficult for his fans to believe that the star is almost forty when he was just on television playing a high school quarterback yesterday…well, it feels like yesterday even though it’s been a while. Gilford was born and raised in Illinois, in the town of Evanston. He was a great student who earned admission into a prestigious university where he was able to study, to do well, and to graduate with his degree right on track. Not many people get to say that they were good enough students to gain admittance into Northwestern University, but Gilford gets to say that. While he was still young, he had one of the coolest jobs – not acting, the other job. He was a trip leader, and he was able to take teens on wilderness trips to places like Alaska, British Columbia, Hawaii, and even the South Pacific. He traveled extensively, and he really enjoyed working with the youth.

It’s hard to believe it was 2005 when he took on the role of Matt Saracen. He’d had a guest appearance on “Law & Order: SVU,” earlier in the year, and that was when he landed his role on FNL. He was instantly likable. Fans loved his portrayal of the character, and they loved him. Everyone wanted more of him on the show, and they got what they were asking for. He was a main character on the show the first three seasons, and fans were disappointed in seasons four and five when he was not a main – he was downgraded to recurring.

His Career Since FNL

If you are worried he’s been out of work since the show ended, you’d be mistaken. He’s been everywhere. In fact, he has starred in more than a dozen films since he was cast on “Friday Night Lights,” including the 2019 film “Emmett”. He has always been in several other shows since his time on FNL. He had a guest appearance on “Grey’s Anatomy,” back in 2009. He was a prominent character on the hit show, “Good Girls,” from 2018 to 2021. He also starred in the widely appreciated but unfortunately canceled “L.A.’s Finest,” alongside Gabrielle Union and Jessica Alba. The show was a spin-off of the “Bad Boys,” franchise, and it did well. Sadly, it was canceled. However, he had a leading role in the show until its cancellation in 2020.

Now that you know Zach Gilford has been working regularly and doing quite well for himself – though we all still miss the character that made him famous – you should know he has also been quite busy in his personal life over the course of the past decade. Around the time his show ended, he began dating. The woman he began dating was Kiele Sanchez, whom he met on a different set. Their romance was a serious one, and they ended up getting engaged at the end of 2011. They spent the next 13 months planning their wedding, and the sweet couple exchanged their vows on December 29, 2012. They went on to co-star in “The Purge: Anarchy,” together in 2014, and they were seemingly living a happy life.

The couple announced in August of 2015 that they were going to welcome their first baby – a little boy – in November 2015. Tragically, his lovely wife endured a heartbreaking late miscarriage in which they lost their baby approximately one month before the baby’s due date. This was a difficult, horrendous time for the couple, and they laid low for a while afterward. The world ached with them after hearing about their devastating loss. In November 2017, Gilford and his wife announced that they’d welcomed their own little girl into the world, this time through the help of a gestational surrogate.

While he’s endured the highest of highs and the lowest of lows since his time on FNL, he’s done well for himself. Zach Gilford has a family, he has a successful career, and he continues to work hard and enjoy the fruits of his labor.