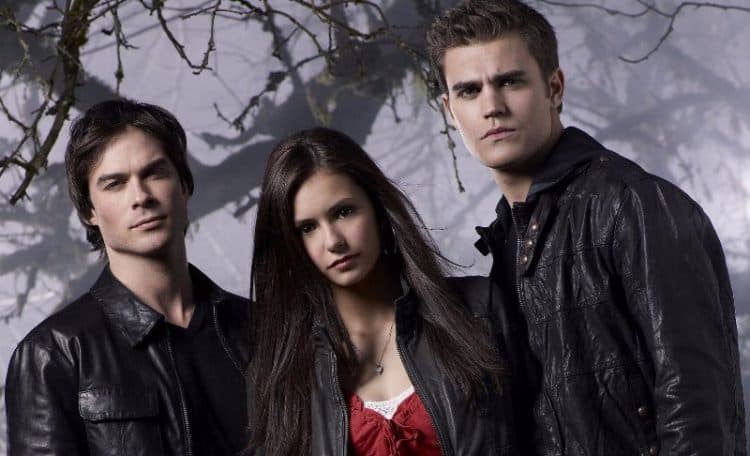 When The Vampire Diaries debuted in 2009, vampires were all the rage. The Twilight saga was ruling the big screen, and people couldn’t get enough. However, The Vampire Diaries took things even further by showing a different side of the vampire world. The series was mature and exciting and it gave us some of the most interesting characters of the 2010s. On top of that, The Vampire Diaries spawned a popular spin-off series called The Originals. While the show’s cast members were entertainment industry A-listers during the series run, many people have wondered what has become of them over the last few years. Keep reading to find out what the cast of Vampire Diaries has been up to since the series ended.

Born in Bulgaria but raised in Canada, Nina Dobrev started her acting career on the popular Canadian TV show, Degrassi. However, when she was cast as Elena Gilbert in The Vampire Diaries, she was mostly unknown to American viewers. It didn’t take long for that to change, though. In her role as Elena, Nina was the star of the show, and almost every storyline centered around saving her in some way. Surprisingly, however, she decided to leave the show after its sixth season. While she may have thought that leaving The Vampire Diaries would open the door to lots of other opportunities, that hasn’t really been the case. She hasn’t had any major roles since her days as Elena Gilbert. That said, however, she does have a few projects in the works.

During his time on The Vampire Diaries, I think it’s safe to say that Ian Somerhalder was a fan favorite. His character, Damon Salvatore, was a vampire who had been alive for nearly 150 years. He and his younger brother, Stefan, has been “turned” by a vampire named Katherine who was identical to Elena Gilbert. Damon was known for being ruthless and refusing to let anyone stand in his way. However, fans got to see a much softer side of him when he fell for Elena. Throughout the series, Elena, Stefan, and Damon were involved in a love triangle that made for plenty of drama. Since the show’s end in 2017, Ian has only had one other on-screen. In 2019, he played Luther Swann in a TV series called V-Wars. Based on his Instagram profile, however, Ian appears to be living the good life. He and his wife, Nikki Reed, enjoy traveling and he also loves spending as much time with his son as he can.

Paul Wesley had been in the entertainment industry for about a decade before he was cast as Stefan Salvatore. However, that role changed the entire trajectory of his career. Known for essentially being the opposite of his brother, Stefan was a kindhearted character who always tried to do the right thing. Even as a vampire, he refused to kill people for his own survival. However, being involved in a love triangle with Elena and Damon also put Stefan in some sticky situations. Since playing Stefan, Paul has continued to be pretty active in the entertainment industry. His most notable post Vampire Diaries role was in a TV series called Tell Me a Story which he was in from 2018 to 2020. He will also have a role in the upcoming TV miniseries, Flowers in the Attic: The Origin. In addition to acting, Paul has also been working behind the camera. He made his directorial debut in an episode of The Vampire Diaries and he has directed three other shows since the series ended.

Bonnie Bennett was one of the most interesting characters on The Vampire Diaries because even though she wasn’t a vampire, she was still part of the supernatural community. She descended from a long line of powerful witches, and her magic was often a valuable asset for Stefan, Damon, and Elena. She was known for being fiercely loyal and she would do anything to protect her friends. On several occasions, this resulted in her putting herself in harm’s way. After The Vampire Diaries, Kat Graham began to focus her attention on live-action movie roles as well as voice work. Most notably, she was the voice of April O’Neil in the animated series Rise of the Teenage Mutant Ninja Turtles from 2018 to 2020. She currently voices in Rhythm and Blues in the TV series Trolls: TrollsTopia.

Sara Cunning wasn’t a main cast member in The Vampire Diaries, but her character still played an important part. In her role as Aunt Jenna, Sara became the defacto parent for Elena and her younger brother, Jeremy, after their parents died in a car accident. Unfortunately, however, Jenna was killed off in season two while trying to save Elena. Interestingly enough, Sara’s career since The Vampire Diaries has been more active than some of the people who had bigger roles. Some of her most recent on-screen credits include Nancy Drew and Big Sky.

Steven R. McQueen had a little acting experience under his belt before being cast as Jeremy Gilbert, but his role in The Vampire Diaries was his big break. Although he was Elena’s younger brother, he often felt the need to protect her. Jeremy was one of the few people in the series who never became a vampire, and instead, he became a vampire hunter. Although Steven played a main role for most of the show’s run, he actually left after the sixth season to be in Chicago Fire. Unfortunately, things seemed to have slowed down for him since departing from Chicago Fire in 2016. However, in 2018, he reprised his role as Jeremy in the Vampire Diaries spin-off, Legacies.

Candice King’s character Caroline Forbes was easily one of the most popular on the show. At the beginning of the series, Caroline was somewhat of a surface-level character, but as the show goes on and she becomes a vampire, we start to see some serious character development. Not only does being a vampire give her supernatural abilities, but it also boosts her confidence. Although Caroline remains Candice’s biggest role, she still has a massive fan base. She hasn’t done much acting since the show, but she currently co-hosts a podcast called Directionally Challenged. On top of that, she is also a wife and a proud mother of two.

Zach Roerig, who played Matt Donovan, had a main role throughout the show’s entire run. He was also the only character who was entirely human. Because Matt didn’t have any supernatural abilities, he was often in vulnerable positions, but he still managed to survive. Zach hasn’t done much acting in recent years, but things haven’t been completely stagnant. In 2018, he reprised his role as Matt for two episodes of Legacies. He also had a main role in the short-lived series Dare Me. On the bright side, he will be in an upcoming TV movie, A Christmas to Savour, which is set to premiere in 2021.

Kayla Ewell’s character, Vicki Donovan, died in season one but her legacy remained a part of the show thanks to her brother, Matt. She also made a few sporadic appearances throughout the show. While she hasn’t had a lot of different roles since The Vampire Diaries, things have gone well for Kayla. She currently has a main role in the series Roswell, New Mexico. On top of that, she and her husband welcomed their first child in 2019.

Michael Trevino had a main role in The Vampire Diaries for six out of the show’s 8 seasons. In seasons 7 and 8, he returned with guest appearances. His character, Tyler Lockwood, came from a wealthy family in Mystic Falls. However, the family harbored a dark secret. If any male member of the Lockwood family killed someone, it would trigger a curse that would cause him to turn into a werewolf. Unfortunately, Tyler learned about this the hard way after he accidentally killed someone. Viewers watched Tyler struggle with his new identity, but in some ways, it turned out to be a blessing in disguise. Things have gone pretty well for Michael in the years after playing Tyler. Like Kayla, Michael is also a cast member on Roswell, New Mexico. Additionally, he will be making his debut as a director and producer in 2022 with a movie called Two Roads 2022.

Joseph Morgan made his first appearance in The Vampire Diaries in season two when his character Niklaus (Klaus) Mikaelson came to Mystic Falls. Klaus was extra special in the supernatural world because he was half werewolf and half vampire which was a deadly combination for anyone he came in contact with. On top of that, he was one of the original vampires which meant that there was only one way to kill him. Klaus appeared in five seasons of The Vampire Diaries, and eventually went on to be a main character in the spin-off series, The Originals. When The Originals ended in 2018, Joseph kept the momentum of his career going with a TV movie role that same year. In 2019, he was in a TV series called Animal Kingdom, and in 2020 he had a main role in Brave New World. He hasn’t made any on-screen appearance in 2021, and he doesn’t currently have any projects in the works.

Michael Malarkey joined the cast in season 5 as a vampire named Enzo St. John. He was promoted to a main character for seasons 6-8. Despite not being on the show for as long as some of the other characters, Enzo still found a special place in the hearts of fans everywhere. Michael’s career has been going extremely well in recent years. Some of his latest credits include Project Blue Book and Big Sky. He will also be in Michael Trevino’s upcoming movie, Two Roads 2022. Since The Vampire Diaries, Michael and his wife also welcomed their second child. Michael is also a musician who has released three EPs since 2014.