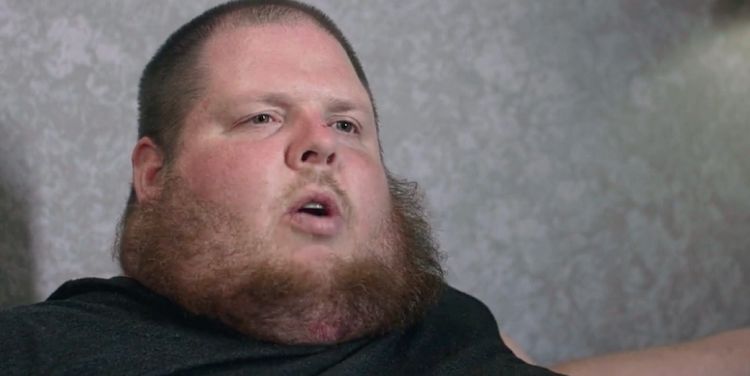 It is not exactly a big secret that the show “My 600-lb Life,” is controversial. TLC follows the lives of people who are morbidly obese to the point that their own lives have absolutely no quality, their future is uncertain, and they don’t know how much longer they can live at their current weight. There are some fans of the show who simply cannot look away, and there are others who refuse to turn on the television to watch such an invasive look into the lives of people who are clearly struggling. These are people who are not just struggling with their weight, either. They are struggling with everything from their weight to their self-esteem to addiction to their own mortality feeling a lot closer than it should, and it is difficult to watch. Mike Meginness is one man who is struggling in life, and he’s trying to lose weight and find some quality, a reason to live, and a better future for himself. He was originally featured on the tenth season of the show, but where is he now?

His story is a difficult one to watch. He was not a child who did not have parents who loved him or parents who were addicts. In fact, his childhood does not follow the traditional pattern of horrible and abusive, and neglectful childhood stories so many of the people on this show lived through. His own childhood was a good one, and he was an athlete. He was in shape, working out daily, and living his best life as a football star. While he was also heavy and did struggle with weight issues, he was able to use his weight to his advantage being that he was also 6 foot five inches tall growing up. He was heavy, yes, and it was not an issue that his four siblings dealt with – but he took his issues and he made them work in his favor. He was a great football player, but he suffered two upsetting concussions. Those concussions made it impossible for him to continue this college football career. The NCAA declared him medically incapable of playing in college, which also dashed his dreams of ever playing for the NFL. His entire life was suddenly taken from him in terms of the dreams he had, the future he planned, and his entire existence. He was horribly upset, and he didn’t know what to do when he felt that his entire identity was stripped from him. To make his story even more heartbreaking, he didn’t get to finish college. He was forced to drop out because his football scholarship was taken from him the moment the NCAA declared his ineligibility.

Though he is a married man with four of his own children, he still did not find the fulfillment he was looking for in life after his hopes were taken. He continued to eat, he stopped working out, and the weight piled on. His wife told him he had to lose weight. He did not. She finally gave him an ultimatum. Either he would lose the weight, be healthy and live a fulfilling life for her and their four children, or she would end their marriage. That caused the former athlete to seek help, and he was diagnosed with depression as well as a disorder that causes him to binge eat. The weight he lost while in a treatment facility after his wife’s ultimatum came right back upon his return home. When he joined the show, he did so at 745 pounds. His wife divorced him, and he shares custody of his kids. He cannot make a permanent move to Houston to be close to the doctor, but he did manage to lose more than 225 pounds. He was able to get the surgery he needed, and he was down to a successful 510 lbs after the surgery. While we do not know what he weighs right now, we do know that he is committed to losing the weight for good this time. He has already lost everything, and he wants to get his life back on track. He is continuing his daily exercise, he has a new job he really likes, and he is eating healthy and working diligently to lose the weight he has put on over the years. He made it clear that this time it will work, and his fans are absolutely cheering him on and hoping he can find success in his life.