Home
Television
Girls
Girls: What We Show and How We Look 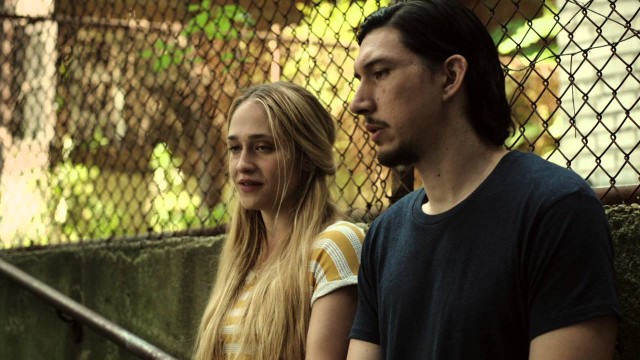 There are a number of things I could state towards Girls season 5 so far, however, the one thing that pretty much sums it all is I’m impressed. The show has been utterly relatable this season, arcs have been grounded and captivating, and characters are both growing and going through their own conflicts in a way that keeps the show moving forward and engaging with the audience.

Hello Kitty opens with  Hannah being reprimanded by her boss for making unflattering remarks about the other teachers at the school. The man does bring up that Ms. Horvath is indeed an educator students like, a favorite, which, however we slice it is a big deal, yet, her behavior is questionable. As her superior points out that there will be consequences to her actions, Hannah pulls a Hannah by reenacting THAT Basic Instinct scene everyone remembers, even those who’ve never watched the movie. Surprise, surprise, she gets off, scott free.

Moments later, she proudly tells Fran what she did to get out of hot water and, understandably, Fran gets upset. The poor man is getting sick and tired of Hannah being childish, and once again, he seems to be questioning if she should be in charge of young minds education. Even though Fran explains why he is mad un a very eloquent way, as per usual, his words does not register in Hannah’s mind. At this point it’s hard to tell if she is sabotaging her relationship because she can’t fully grasp what it is to be in a balanced, adult-like partnership or because she is terrified of it.

In the meantime, Jessa is anxious about the prospect of everyone attending to Adam’s play, particularly, Hannah. She knows that being out in the open with her new boyfriend will be a mayor source of pain for her former friend, however, Adam has not even considered the implications of Jetsam being an item. Though this is a short scene, it’s meaningful. To begin with, Jessa used to be the type of character who didn’t care about other people and their opinion, but this relationship AND Hannah’s feelings towards it, are important for her. This is growing up, this is fear of facing the consequences. And it’s beautiful.

Later on, Fran and Hannah’s fallout escalates to the point where she threatens him to end the relationship, and like the well-adjusted guy he is, Fran doesn’t let her out of the hook. Here we have a man who is given an exit, one many would take, I might add, yet he calls it as he sees it, Hannah just wants him to forget about the argument, therefore she is giving him another thing to discuss. The dynamic of this relationship won’t quit being fascinating.

Moments after, and with a pending conversation with her boyfriend, Hannah gets the biggest emotional hit she is faced with in the episode. She witnessed how Jessa lovingly stares at Adam. It’s heart wrenching. Two people who used to mean a lot to her, now not only are out of her life, but the meaning they had, has changed shape, abruptly, dramatically, and probably, irreversibly. That said, the way Jessa’s eyes linger on her now boyfriend, was powerful enough to melt hearts. We know that look, we’ve seen that look on others, we’ve looked at significant others like that. The feeling is universal. Thus, Hannah recognizes it and her friend’s love, hurts her.

Now let’s talk about Marnie, who is now yelping divorce lawyers, and plays down the whole Jessam situation. She also tells Ray about her divorce, and this time, he has the strength not to become her lap dog. He, too, is someone else who has suffered witness other people giving one another lovey-dovey looks AND getting married. And this time, he is choosing to protect himself. Good for you, Ray.

Just when we thought Desi was a thing of the past, he pops up out of nowhere with an announcement, a song he cut with Marnie has been requested by Alex Patsavas  to be played during a death scene on Grey’s Anatomy. This, of course, means that the marriage might be done, but the band needs to continue. I have mixed feelings towards this.

Somewhere else in Manhattan, Elijah is at an upscale party with Dill, when the inevitable happens. Our boy learns that his new beau took someone else to a gala the previous week, while he also has an arrangement of sorts with a third man. Pissed, he asks Dill about what he’s heard, and his boyfriend gives him the Hannah treatment by responding that he wouldn’t disappoint him on purpose. Elijah, walks away. But hours later, he lets Dill into his bed, only to be disappointed again. Things are not looking good.

The episode closes with Jessam walking past Hannah and Fran, saying goodnight, no discussion whatsoever regarding the new state of things. This, too, is beautiful to watch. For a beat, it looks like Hannah might be staring both into the past (Adam and Jessa) and the present (Fran) at the same time, however, all these relationships are in a fragile condition, the threat of ending up alone becomes more potent to Hannah. Hit by this realization, she does the right thing and apologizes to Fran, wholeheartedly, like we have seen few times before.

“Hello Kitty” does an outstanding job at pointing out how everyone has, by default, hurt someone, while it also reminds us the importance of owning those apologies we owe to the people we want to stick around, regarding for how long.

Though a talk between Jessa and Hannah is warranted, for now, their distance, is both necessary as it is real and painful. Sooner or later, like in most adult friendships, we’ll see if their relationship can survive, in the meantime, this has been refreshing to watch.

Hannah gets reprimanded by the school’s principal, and her response tactic infuriates Fran. At Adam’s play, a nervous Jessa worries about seeing Hannah after their fight, and Marnie shares some news with Ray. Elijah attends a swanky party at Dill’s apartment, where he gets the impression that he might be one of many.