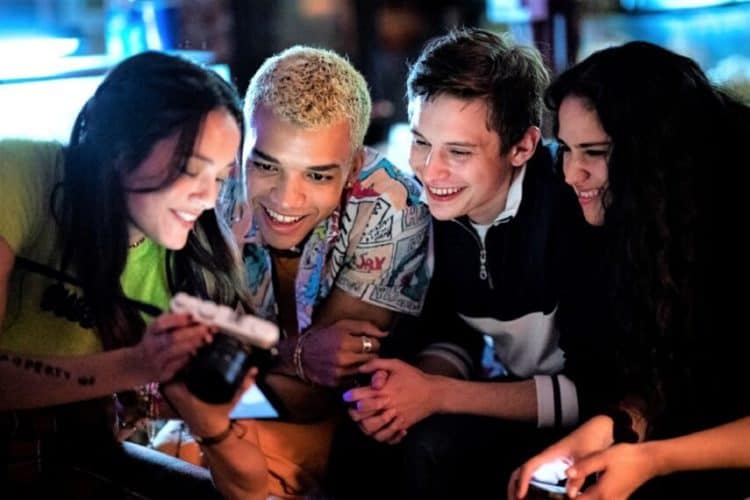 “Let’s learn about ourselves, and this time let’s just get it right!”

If that’s a rallying cry for today’s teenagers then it’s one of those that is bound to get its butt handed to it by the time teens reach their 20s and realize that the world won’t just ‘get right’ for them and that changing the world is a mixture of give and take, since this is how compromise and life is done. But it’s interesting to see ideas such as Generation come along and think that they’ll end up changing the world on their own and can shame, change, convince, cajole, or otherwise trick the generations of before into thinking in their ‘woke’ manner since to be fair, there’s nothing wrong with being kind to everyone, accepting them as they are and encouraging them to find themselves as they continue to grow. But there is a need to continuously grow and discover the world that is outside oneself rather than think that the world inside is what will change everything. This project is bound to be seen as highly important since to be realistic it is bringing the LGBTQ+ experience out in a way that is bound to impress a lot of people since exploring this type of coming out in high school and finding out more about oneself when you’re still young is something that is still increasingly difficult for a lot of people since there are still plenty of people that can’t appear to handle the idea of their sibling, child, or anyone in their family being ‘different’. It’s sad, but it’s a truth that continues to persist.

There are probably some folks out there that would state that Generation is one of the many projects that is coming out in an aggressive fashion and ‘throwing’ the LGBTQ+ community in their face without regard for how others feel. That’s not just a very poor representation of unity and acceptance, but it’s an old and very tired dodge that is still used by some since the idea of acceptance is that even if someone doesn’t agree with something, or with another person’s lifestyle, they have the ability to accept that this is what works for that person, that the person is living in the manner that makes them happy, and should be able to accept it and simply move on. The whole idea of accepting the LGBTQ+ community doesn’t necessarily mean a person has to embrace them fully but respecting people as people shouldn’t be that difficult. There are still some of us that don’t look upon the community with anything other than tolerance and acceptance of the community as a group of fellow human beings, but it’s important to remember that representation of shows such as this is important since it reminds us that no matter who we are, how we choose to live, or what our interests are, we’re all human, and deserve to be treated as such.

A teenager coming to realize who they are and what they want to be, and how they want to live, is bound to be a rough time for anyone, but it only gets harder when they’re not accepted for who they are and what they believe in. With that being said it does sound as though there’s bound to be plenty of teenage arrogance that will pop in from time to time to remind us that teenagers still think they know everything because it’s at their fingertips on whatever device they happen to have in their pocket. As those of us that grew up in the 70s and 80s should know by now, taking this with a big grain of salt is important since 1) teenagers in this day and age might have access to all the technology they want or need, but the truth of it is that older folks still have years of experience on them, and no device can replace that, and 2) older folks can put their devices away for hours to days at a time and not suffer withdrawals in the form of panic attacks since they’re not connected to the internet any longer. How’s that for snark?

Anyway, the project looks like it might be interesting and entertaining for those that enjoy this type of entertainment since it’s bound to go through the idea of being young, being involved, and what it’s like to still deal with the kind of foul attitudes towards the LGBTQ+ community that some people still harbor. It’s bound to open a few eyes and to even get a good deal of approval from a number of people that might be able to relate to the characters in one way or another. For those that are interested, it would definitely be a good idea to take a look, as Generation will be releasing on March 11th.