Home
Television
What We Learned from The Below Deck: Mediterranean Season 5 Trailer 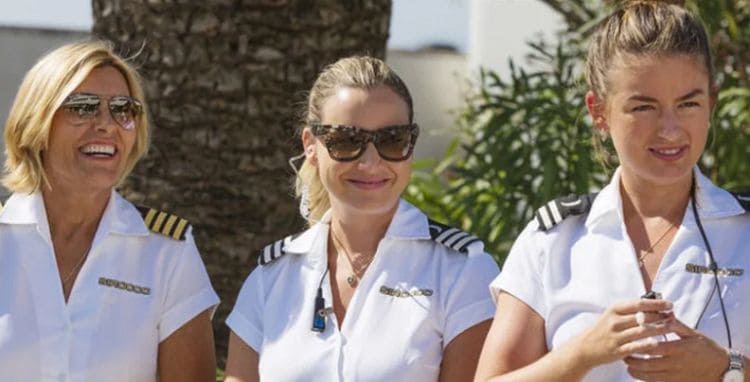 Someone out there must keep asking how crazy reality TV can get since shows like Below Deck Mediterranean keep answering the call. While the seasons leading up to this upcoming one have been nuts and all over the place more often than not we’ll be seeing for the first time an all-female cast that’s in control of the ship this time around which could be interesting but already sounds as though it’s going to pump up the drama to a notch it’s not seen as of yet. While Marenah Dobin of Screenrant is hoping that there won’t be a return of the apparent misogyny that ran rampant throughout the last few seasons it’s likely that some of it might return since the deck hands are all male and are apparently still into using pet names for the ladies when they think that they can get away with it. So far the show looks like a mix of the Real World and the wide world of yachting on the water and not really anything that’s bound to be unique to the realm of reality TV, though it’s certainly being hyped as something that’s going to light up the summer. At this point the hope is that it will be coming out in June so that people can enjoy it over the summer and likely pull for their favorite cast member and vilify others that they don’t like, but even that’s uncertain at this point. All that is certain so far is that with the women being fully in charge of the show it’s going to be a bit different and some fans are going to think ‘it’s about time’ while others might roll their eyes and think ‘huh boy, now what?’. They’re both legit reactions to be fair, as at this point just watching the trailer makes it clear that things aren’t going to calm down that much.

With all women in charge, this crew is kicking ass and taking names when #BelowDeckMed returns!

This is what passes for entertainment at this time when it comes to reality TV, and to be fair, and not pass too much judgment, it’s not the worst show out there and it definitely has nothing to do with the idea that a female-led crew is going to be that much different than a mixed crew. If anything, the reason this show already looks like a walking train wreck that will gain the attention of the people is that it’s all about drama and it’s all about making sure that people know that there is plenty of noise and nonsense that goes on in virtually any reality situation where cameras and emotions are involved. One would hope that one day the world would wake up and realize that the ‘reality’ of these shows is that they’re little more than drama pieces that are built up and staged in elaborate ways to draw people in, even if there are genuine moments that occur during the show. Joey Keogh of The List has more to say on this topic. So much of reality TV is staged these days that it’s a wonder why anyone believes that the term ‘reality’ actually applies to the show when in truth the only thing it describes is that each person is actually playing who they really are and the situations are real enough, but with a great amount of stage drama added in to make it interesting. Think of it this way, there are plenty of charter cruises out there that employ crews that have major issues with one another. But if a captain is wise and at all skilled in running a crew they won’t keep those that can’t get along or toe the line with them for very long. It’s not good for business and it’s not good for morale. Many captains would likely fire anyone that can’t meet their standards in one way or another and doesn’t see fit to even try.

More often than not a crew will either bond with each other over time or find that they simply aren’t compatible enough with one another to be trusted to remain objective. That’s typically when any employer, be it in the charter boat business or anywhere else, will think about making changes to the roster and thereby make it clear that no one is irreplaceable and that talented individuals will be ready to take their place when they’re needed. For the sake of reality TV however the producers are going to keep those that make the biggest stink and cause the most drama around, meaning it’s STAGED so that people can watch and have a good time as they realize that even people who are off living the high life in their own way have their own set of problems as well. From the trailer it does look as though things are going to get heated eventually and that the crew will be alternately having fun and reaching for each other’s throats so to speak, but all in all people will watch all the same. Linda Holmes of NPR has more to say on the subject.