Home
Movies
What We Learned From The “Batman: Death in the Family” Trailer 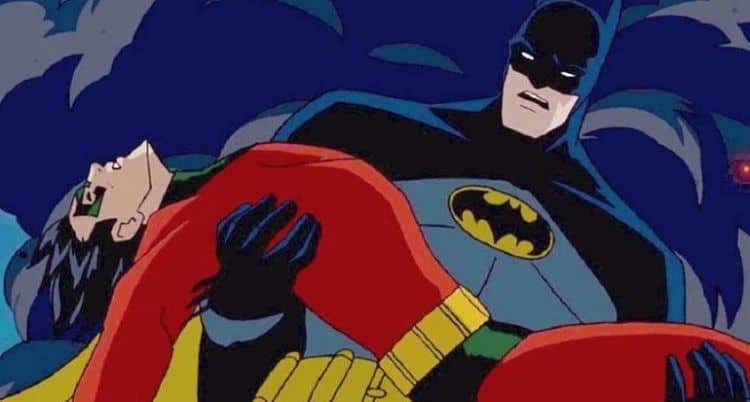 Allowing the fans the chance to change up the storyline just a bit to see a different outcome is an interesting concept that’s been done in the past but is still enticing since it lets people see what could have been by choosing a different path in order to see what might happen and how the story could change in a very big way. This idea is nothing new really but it is a practice that’s appreciated and enjoyed by a lot of fans since it gives them some limited control over the narrative and sends the story off in a different direction that could have serious implications for everyone involved, though it does sound as if the movie has just a couple of endings that are shared by every possible scenario. The death of Jason Todd and the rise of the Red Hood are, after all, pretty significant moments in the Batman saga and if one asked the fans there are likely a large number of possibilities that could be used in order to tell Jason’s continuing story and how it affects Batman in various ways. But it’s still an impressive effect to bring back into play considering that it will get fans involved in the story and give them some type of influence over how the action will continue in the privacy of their own home.

There’s no other way to say it though, the movie is going to be vicious since Joker beating Jason Todd within an inch of his life was pretty brutal in the comics, which means in animated action it’s bound to be a little traumatizing to those that enjoy the Todd character. But of course, this story has already been written and people know how it goes, so there’s not too much shock involved. But still, being able to select from several options what will happen in order to send the story veering off into another direction is kind of nice, it adds a little bit of suspense to the viewer that otherwise isn’t available. It does sound as though there might be more interactive movies coming if this happens to perform well, and since it’s Batman, meaning that it’s not bound to do that badly, it’s very likely that more movies bound to hit the market at some point. With this title coming in the fall though it’s hard to say just when we might be able to expect any others. But when people are given a little more choice in their entertainment, especially in this manner, it’s still a fairly iffy proposition since some people enjoy being able to guide the story while others would prefer to kick back and just watch the story unfold without feeling as though they need to work for their entertainment. It sounds like a silly sentiment but if you’ve been around long enough you will have likely heard at least a few people say such a thing.

In the history of Batman, there have been several traumatic moments that have shaped the course of the hero’s life, beginning with the one that inspired him to become the vigilante that would one day be hailed as a hero. But the death of Jason Todd was a vicious loss that put a lot of things into perspective since it not only made the Joker finally appear as violent and psychotic as he’s always been, but it reminded people that heroes can be taken down and that they’re not all invincible. Now granted, a lot of folks might have known this already since heroes being able to be taken out by villains isn’t exactly a new concept, but this particular death kind of rocked the DC universe all the same since a lot of folks probably thought that Robin was always bound to be saved by Batman if he got in over his head. The idea that there was always the ‘nick of time’ rescue was the failsafe that didn’t get messed with. This time was so insanely and unpredictably different that it’s been seen as one of Batman’s greatest failures ever since it happened, and has haunted the character more than once since it reminded him that he couldn’t save everyone no matter how hard he tried.

When it comes to Batman, people are going to watch. There’s no denying that fact since the caped crusader has been one of the most popular characters in the comics and even in the movies for decades. But giving the audience a little bit more control as to how the story is shaped might be kind of interesting when it comes time for people to give their feedback. If it works then maybe the DC universe is onto something that could be revived and brought back in a significant way.