Home
Television
What We Learned from The American Horror Story: 1984 Trailer 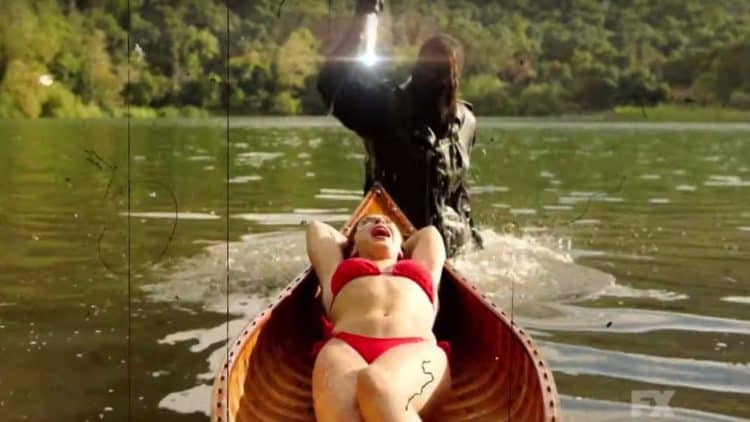 Joey Paur of GeekTyrant seems to be on board with the slasher-esque feeling that American Horror Story: 1984, is already showing loud and proud. But one has to wonder, are the 80s still making a comeback or are they trying to establish dominance and make us remember why they were both great and tragic at times? Before anyone rushes to the defense of an entire decade just think about it, there were some great movies that came out in the 80s and a lot of them were slasher films that kept people on the edge of their seat, for the first two to three movies at least. Once the thrill and the shock value had been firmly established it was up to the movies to try and keep raising the bar over and over so that they could snare more and more people in so as to keep the viewers happy and coming back without any real complaints. That kind of died out by the 90s it would seem since by that time the slasher flicks were starting to change even further and becoming more and more outdated as people used them more as running jokes than the actual horror tropes that we grew up with. Face it, guys like Jason, Michael, and Freddy, and even Chucky, just got funnier and less scary as they kept pumping out sequels. The original slasher movies, those that people couldn’t fully predict, were the ones that we remember the fondest since they kept us on edge the entire way through.

I’m inclined to agree with Palmer Haasch from Polygon, it almost looks like the AHS crew is going to be giving us a sequel to the original Friday the 13th movie, if only because it’s based at a camp, there’s a mysterious killer on the loose, and there’s a bunch of campers that don’t seem to know what’s going on and just want to have a good deal of fun. But then again, the trailer shows the killer clinging to the underside of their vehicle on the way in, so it does deviate from the original script at that point, unless of course that was a promo spot that won’t be aired during the show. But all in all it does look like something we’ve all seen before a dozen times or more whether it be a serious movie or a spoof. But with the AHS episodes one really has to wonder if we’re being shown this kind of footage for a reason just to get us riled up, or if they think they’re being innovative by being nostalgic and predictable. Yeah, the latter part doesn’t sound right to me either since AHS has been on top of their story lines since the first season for the most part. They’ve tripped a few times to be certain, and they’ve underwhelmed a couple of times as well, but thinking that they’re off their game and are simply regurgitating old tropes that we’ve seen so often throughout the last few decades seems kind of unfair right from the get.

In fact you might agree with Adam Chitwood of Collider that the trailer was unintentionally funny but couldn’t seem to help it since what we were shown was something that was so blatant and purposeful that it’s hard not to assume that AHS is goofing on us for one reason or another. Popular shows with beloved story lines don’t really go out of their way to produce trailers and content that is bound to upset their fans since without the viewers they really don’t have a reason to stick around. But with what’s been shown so far it would seem that we’re going back to camp with the cast of AHS and now the question is, how does this all relate? So far almost every season has coincided or been mentioned in the seasons that come after it, so now it’s a matter how deducing just where this season is going to fit in. It’s not hard to think that the creators might want to make a new path that stems from the past seasons and becomes its own story in true AHS tradition, but it also seems as though this would be a bad idea since so many of the stories have managed to build up an entire universe that’s connected in so many different ways. It will no doubt be fun to start looking for one piece of the puzzle here or there and find out just how this connects, if it does at all.

The only downside of this season is that we won’t see a few regulars that have become mainstays of the show, such as Evan Peters and Sarah Paulson. Paulson might show up for a cameo  it’s been said, but that’s about it.