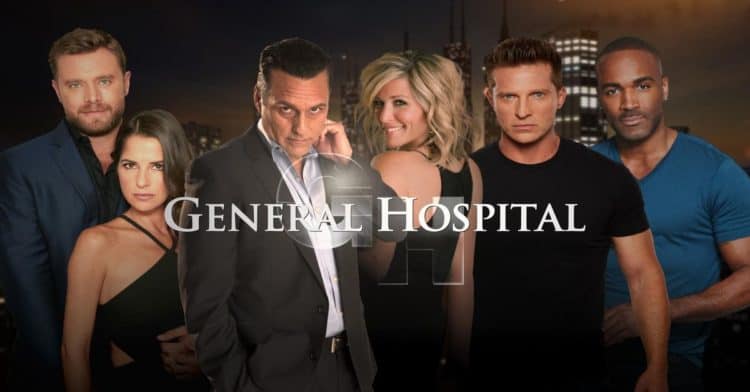 General Hospital has been on television for so long we almost cannot even remember when it began. Furthermore, we cannot remember many of the most important things that happened on the show. There are so many pivotal moments that have occurred, and many of them have gone so far as to change over the years. It’s not an uncommon problem, of course, but some things make us really wonder. Did that happen? What happened with that? Wait, what? That’s something we find ourselves saying more often than not, and that’s because we forget some things. In fact, we forget enough that we sometimes don’t even remember that some things haven’t been answered, so we suggest fans brush up on their knowledge of the history of the Port Charles story.

Did you realize that it was 2016 when Robin came to town and told her mother that she and her husband, Patrick, were back together and having a baby? They had a wonderful pregnancy that she was happy to have, and then they had a baby. They named that baby little Noah, and that was that. We’ve never met the child. He’s been around for a long time, and we’ve never met him at the tender age of 3. His mother and father have been around town, and so has Emma, but we’ve yet to meet this child who is born into the show and celebrated by all the people he calls his family. Or not, considering so many of his family have never met him, and fans have never even gotten a glimpse of the baby.

The Jerome family doesn’t make much of a secret about the fact that they have some serious issues with one another, but we don’t know what else to do with that. The biggest thing that happened int his family for a very long time happened all the way back in 1990. That’s 29 years ago, and it was a big deal. You see, it turns out that Julian Jerome and his sister, Olivia, were having some issues. She’s a bad seed. They are all kind of awful people, but she’s specifically awful. And he did what he had to do, and he shot her. She died, and we didn’t see her again. Well, that is, until 2017 when she showed up in Port Charles not even remotely dead in the least. It was a long time coming, and many fans believe she’s still alive even though she’s presumed dead yet again.

Even though fans have been watching this show for decades, we know next to nothing about the Cassadine family and their roots. You see, they keep coming out of the woodwork. Just when you think that they are all gone, dead, dealt with, another one shows up. We thought we knew all there was to know about this family until Valentin showed up, and we’ve only since decided we know not a thing about them. We have no idea if Helena is alive or dead, and we don’t know what else she has up her sleeve. A lot of very dead people have come back into town over the years, so we just never know what to believe. Any superfan knows that there is always more to learn about this family, and one must never assume we know it all.

There was a time when she left Port Charles, and the last little bit of her story had her walking into a cafÃ© abroad only to see a smiling Luke Spencer sitting there. Did they take things to another level and have some sort of romance while she was there, or did they merely catch up and spend time talking about their lives once led in Port Charles? We might never know, and that is one of those things that makes us a little crazy. However, we know that many things work out in our favor, and we love that. Even the biggest fans of the show will never know the answer to this one, at least we assume. It’s one of those things that just doesn’t come with an answer to say the least.