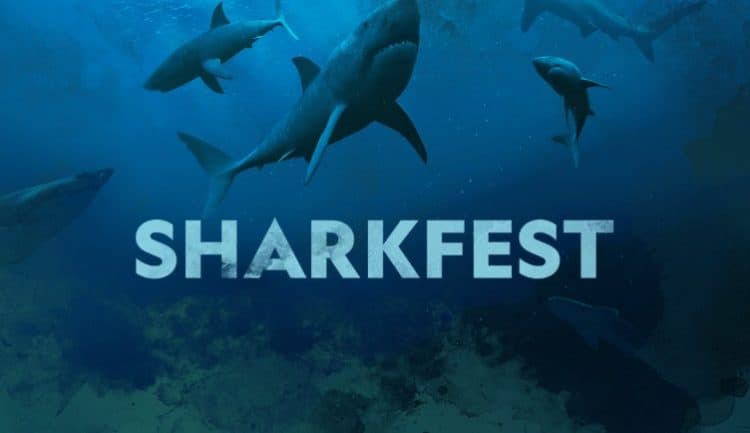 If you are a huge fan of Shark Week, found on the Discovery Channel, then you should see National Geographic’s Sharkfest. You might think of it as Shark Week on steroids. It’s longer, bigger and better and it has a number of brand new specials that have never been seen before, as well as some old favorites that you’ll be happy to watch again. It started on July 14th and it runs for one week on the National Geographic Channel, then an additional two weeks on Nat Geo Wild. If you’re fortunate enough to have these channels, and you have a healthy respect or fear of sharks, this is definitely something that you can’t pass up.

With three weeks of programming, you have to know that there is a ton of stuff that you can choose from. After all, there’s certainly no shortage of program options when you have almost an entire month’s worth of specials going on. It would be impossible for most people to watch everything, that is, unless they have nothing else to do but sit around and watch television all day long. That being said, there are a number of things that you might want to make sure you have highlighted on your DVR so that you can come back and watch them later at your leisure. These are definitely not programs that you want to miss, especially if you’re a big fan of all things shark-related. Even if you’re not, these are still specials that prove to be both interesting and educational. If you’ve been scared to death to get in the water since you saw Jaws in the 1970’s, some of these specials might help you better understand an animal that is grossly misunderstood. On the flip side, some of them might cement that fear so that you don’t even want to swim in a pool anymore.

One of the biggest and unquestionably most informative specials includes a show entitled Cannibal Sharks, dedicated to making sure that anyone who is even remotely afraid of going into the water will never even so much as go to the beach again. It discusses why great white shark attacks are on the rise and proposes different theories from experts as to why this is occurring. If great white sharks are your thing, they also have a show about the biggest great white shark that has ever been captured on film. There is no doubt that this is a special that will make you want to hit the rewind button on your remote so you can go back and look at that footage again. If you haven’t yet seen pictures of the shark, it is nothing short of staggering how big these creatures can really get. It will get your attention, and that is an understatement.

If the very idea of watching sharks causes you to become a nervous wreck, you’re not necessarily alone. There are plenty of people that are downright terrified of the idea of getting in any body of water with a fish that big. Despite the fact that you’re actually far more likely to be struck by lightning than you are eaten by a shark, there’s just something about going into water where you can’t necessarily see what is underneath or around you and wondering if that thing that you felt bump up against you was actually something that is about to turn your life upside down, quite literally. It’s understandable to have these types of fears, largely because people seem to be hardwired to fear things that they can’t see and can’t understand fully. It’s part of the survival instinct, but it’s interesting how that fear sometimes translates to put both the sharks and the people in even more danger than necessary, usually for no good reason.

If you have any doubts about that statement, stop and think about how Jaws actually became a reality. The story isn’t completely fabricated. In fact, it’s based on actual events that happened in and around New Jersey and all the way up to Montauk back in the early 1900s. At the time, there was a heatwave and everybody was flocking to the beaches to try to find relief. A shark began attacking people and they believed it to be what is known as a rogue shark, one that just goes from person to person attacking for no reason. In reality, it’s now believed that the shark in question was actually a bull shark and not a great white, but the story wouldn’t have been as good that way. Nevertheless, Sharkfest is always a big deal in and around New Jersey, largely because that’s where this fascination with sharks actually got its start . It’s also good to know that for the most part, people in the area work to educate people as much for the protection of the sharks as for human beings.

So what should you do if you’re just dying to see something on Sharkfest and you don’t have cable or satellite? After all, you already know that you can see some of your favorite episodes about sharks that have aired over the past seven years that Sharkfest has been on the air. You also know that you can look forward to some brand new specials and you have an opportunity to see the largest great white shark that’s ever been known to exist. Are you supposed to simply give up all of that just because you don’t have traditional cable or a satellite dish attached to roof? The good news is that you can actually stream the majority of these programs. All you have to do is go to the right place in order to do it. If you don’t have cable or satellite, you can relax. Once you finish reading the article highlighted here, you’ll know exactly how to stream it and you can still watch all of your favorites without feeling left out simply because you got tired of paying some cable company three times what their service is worth.

Now that all the basics are covered, you can sit back, relax and watch Sharkfest to your heart’s content. After that, you might be inspired to go out and take a nice long swim- in your backyard swimming pool, of course.