Home
Television
What If
What If…Zombies!? Recap 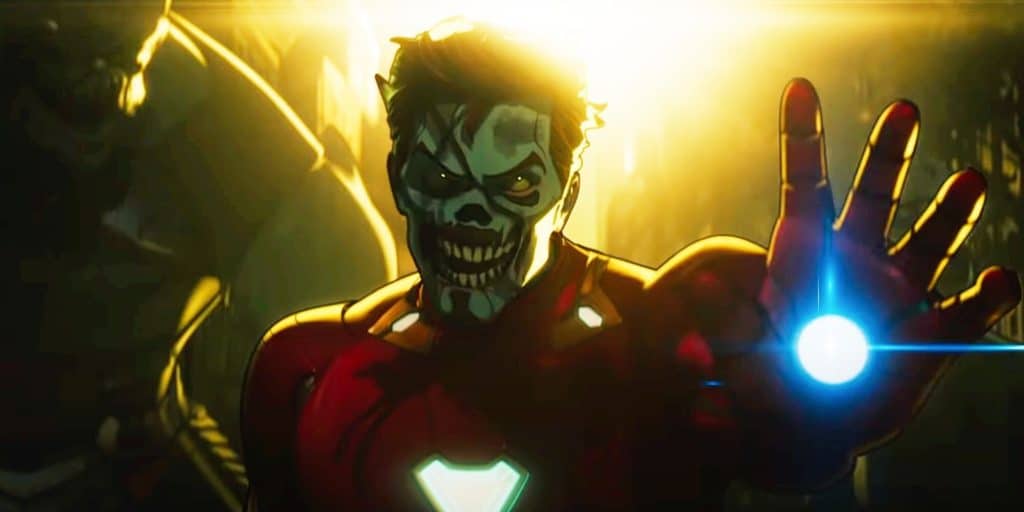 This was the episode that a lot of people were waiting for largely because Marvel Zombies took off in a way that was kind of hard to grasp at first, but has huge ramifications for the Marvel universe since right now the Avengers are without any doubt the mightiest group on earth. The fact that they fell so easily meant that there wasn’t much hope for anyone else. That’s kind of a funny play on words since Hope van Dyne, the daughter of Hank Pym and Janet van Dyne, turned out to be one of the pivotal characters that would almost make it to the end, but not quite. The opening of the episode is pretty eerie since it shows the beginning of Infinity War when Bruce Banner was launched via rainbow bridge towards earth to warn of Thanos’ impending arrival. There are a lot of questions with this episode since it would kind of indicate that Thor, the Guardians of the Galaxy, and several others would still be out there, unaware of what’s happening on earth and possibly on their way to certain doom or, perhaps to aid in the continuing battle.

But things don’t go quite that far, and it’s fair to think that they won’t unless there’s a big enough interest in pursuing any of these stories any further considering that in this reality, most of the earthbound heroes and villains are gone. What’s truly disturbing as the viewers find out is that not only have the Avengers and everyone else been turned into zombies, but somehow they’ve retained the abilities they had while still alive. Keep in mind that in most zombie movies the undead aren’t all that intelligent since all that tends to remain is the need to feed and the simple motor functions that allow them to stand, walk, and shuffle forward as their bodies continue to deteriorate. That’s not all these zombies can do, since Iron Man can still operate his suit, and Doctor Strange and Wong can still use their magic. Imagine a rotting zombie that won’t stop until it’s finally put down, and can use a special ability or a piece of equipment against you. Yeah, that’s terrifying.

The fact that the entire spread of the virus started in the quantum realm when Hank was bitten by an undead Janet van Dyne kind of stretches things just a bit since it would almost appear that the virus has a mind of its own and was actively trying to spread, but sure, okay. It wouldn’t take too much to think that Hank would attack Scott Lang, and that Hope would escape and find others, such as Spider-Man, Happy Hogan, Sharon Carter, Bucky Barnes, Kurt (of all people), and Okoye. It does feel that many people are going to be picking this episode apart for inconsistencies since to be fair, the survivors do manage to commit every possible sin when thinking about a horror movie such as splitting up, going off into the dark alone, and other mistakes. But the story rolls along anyway as the attempt to get to Camp Lehigh, where there’s a possible cure as the group has been led to think, becomes a disaster as Sharon is lost, Bucky has to finish off Captain America, and Hope, unfortunately, gets scratched while trying to dispatch a zombified Sharon.

There are a few touching moments here and there in the episode before Hope’s sacrifice to get everyone into the camp. But what becomes truly disturbing is that the signal from Camp Lehigh, which is being put out by none other than Vision, leads to the reveal that while the Soul stone he has in his forehead emits a pulse that the undead stay away from he has an ulterior motive in bringing people together. This is discovered when Bucky finds T’Challa, minus a leg, stretched out on a table, and a zombified Wanda being held in captivity. Apparently, her hex power allowed her to resist the pulse from the Soul stone, while an unfortunate reaction from Bucky allowed her to escape. Things go from bad to worse when Wanda goes on a rampage, killing Kurt, Okoye, and Bucky as Vision, showing remorse for keeping Wanda contained and fed, rips the Soul stone from his head. Taking the stone, the survivors make their way to the hanger where Vision directs them, and where Banner makes his last stand to help them get away.

All in all, this episode felt a little too quick and not quite as cohesive as it should have been, but it produced a few great visuals. With Wakanda being one of the last bastions of humanity left, one still has to remember that during Infinity War the Outriders eventually pushed through the force field. Plus, the image of an undead Thanos with all but one of the Infinity Stones is left as the final image in this episode before the credits begin to roll. Take from that what you will.