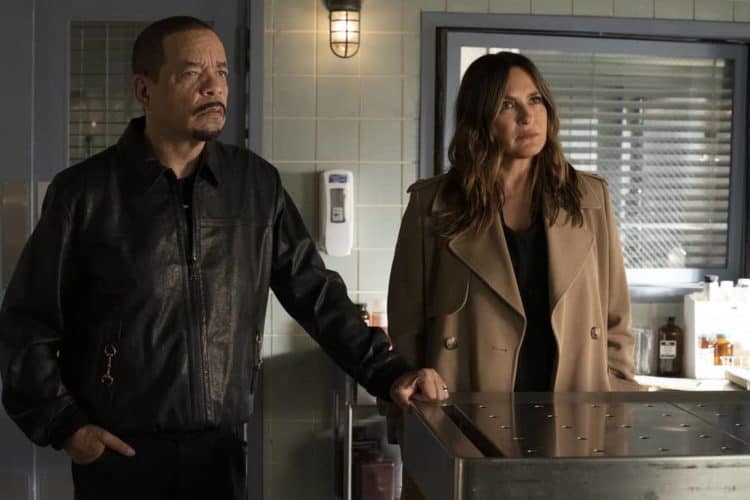 Law & Order SVU Season 23, Episode 6 was nostalgic as we were treated to scenes of the old cast members that put the Special Victims Unit on the map back in 1999. An old case bought Detective Amaro back to the unit and an old flame back into Oliva’s life. Fortunately, new DNA technology freed the falsely imprisoned man and Olivia made amends with her past. On Law & Order: Special Victims Unit Season 23, Episode 7, it’s back to business as usual and the crew has one of the most horrific cases they’ve had in a while. Daria Cruz walks into SVU hysterically after receiving a voicemail from her sister. In the voicemail, her sister is crying and screaming that she was raped, choked and that someone is trying to kill her. You can also hear the madmen saying that she scream all she wants but nobody cares.

Dana lets the detectives know that her sister Tanya is a homeless sex worker. Detective Rollins and Velasco find the spots Tanya is known to hang out at and interview her acquaintance’s SnowFlake, Missy, and Beauty. Unfortunately, they have no idea about Tanya’s whereabouts. The detectives do a little digging and they find out that there are dozens of missing girls from the area that fits the same description. When Snowflake and Missy come into SVU claiming that Beauty is missing, the detectives start to believe that they have a serial rapist on their hands. The detectives take a trip to the medical examiner’s office to compare the autopsy reports of the missing girls. The medical examiner tells them that one of the girls that were found had her intestines and liver’s removed with a butcher knife. This leads them to a nearby butcher named Country who has a personal relationship with the sex workers in the area. According to Country, he helps the girls hide some of their earnings from their pimps. The detectives are sure that Country is the culprit and they haul him in for questioning. Country admits that he sometimes drives the girls to their “dates” when the detectives tell him that they have footage from traffic cams. They threaten to revoke his parole and he reveals that he drove Tanya to her mysterious “date” on the day that she was last seen but he insists that he would never harm her.

While inspecting the neighborhood, Detective Rollins and Velasco meet a little boy named Jamal who tells them about a vampire living in an abandoned building in the neighborhood. The detectives break open the lock on the building and enter the dark and dungeon-like building. What they discover is heartbreaking and horrific.  They find dozens of missing women that have been mummified and several more naked on exam tables awaiting the same treatment.  The killer used heaters to mummify his victims and you can tell that his techniques are improving with experience. The detectives call a team in to gather the bodies and collect evidence. Whoever murdered these girls was meticulous and were careful not to leave any DNA evidence. The detectives question Country again but Truman the medical examiner lets them know that some of these girls have been missing for over a year while Country was in prison.  The SVU unit appeals to the public in a press conference to find the families of the victims.

Jamal gives Fin a description of the “Vampire”.  He also tells them the Vampire is white and that he drives a truck. They also meet with the families and the deceased girls and one of the girls has an autistic son who remembers the license plate of the man she left with. He recites the license plate for the detectives and this leads them to Trace Lambert. The detectives ask Trace to come down to the department for questioning and his overbearing mother insists on coming as well. Benson tells Velasco to play the good cop while she plays the bad cop with Trace’s mother. They use information that Trace’s mom spilled to get into Trace’s head. They emasculate him to get him to confess to the murders of the girl. It was like taking candy from a baby.