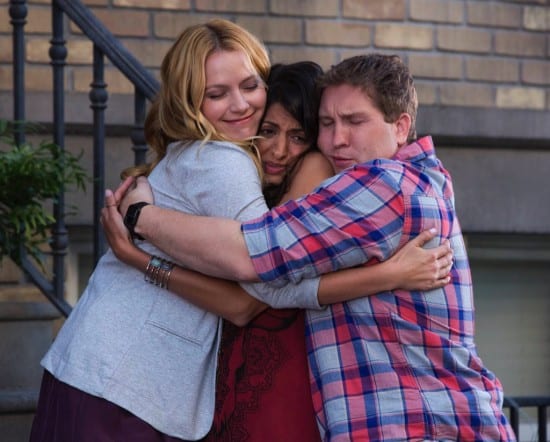 As the best and worst defined characters of Weird Loners (respectively), Stosh and Zara don’t necessarily seem like they’d make neat parallels between the two. Initially, that dichotomy is what makes “Weirdfather” such a hard episode to pin down, fluttering back and forth between what feels like an important Stosh story with another story where Zara is left to react on the fringes, this time with overbearing Caryn. Yet as the events of “Weirdfather” unfold, Zara and Stosh’s stories become more and more aligned with each other, two people diving head first into relationships they aren’t quite ready for, and as “Weirdfather” finds its footing under the idea, it blossoms into quite a rewarding little episode.

The conversation between Zara and Stosh in her truck might be a little on-the-nose, but it helps bring to light a well-disguised character flaw with Zara: her emotional distance comes from the same place as Stosh’s, giving definition to her resistance to Caryn’s intense ideas about “friendship” beyond “duh, because Caryn is crazy neurotic.” It gives their story a similar tone to those about Stosh and Eric. While Weird Loners has fun at Eric’s expense – and usually builds conflict out of Stosh’s frustrations with Eric – the series never sells his emotional journey short, which saves his character from becoming a caricature. There could’ve been a little more work done with Caryn here, but of all the main players on Weird Loners, letting the situation speak more to Zara’s feelings gives some dimension to the character who needed it the most.

And it comes in what’s arguably the lesser story (after all, the two ladies are fighting about Taco Tuesdays). Elsewhere, Stosh takes Eric to go meet his son, whose mother doesn’t allow Stosh to interact with him, a story whose premise alone offers more promise than the B-story of this episode. Like Zara, Stosh is trying to push himself into unfamiliar waters; and at first, it seems things are going well with him and his son, even as Eric is laying down some thick emotional context. But Stosh isn’t ready to handle being responsible for the feelings of another human being, and rather than stick around to see his son be disappointed at some theoretical point in the future, he runs away, pretending to be in Philadelphia so he doesn’t have to fulfill a promise he’s made to the kid (one Eric tries to fill, but fails thanks to his gastronomic fragility). On many levels, Stosh never showed up the first 12 years of his son’s life because he was too afraid; it was just easier to say he “wasn’t allowed to”, and interact with his son through strangers handing him random amounts of money.

That sentence alone speaks to how damaged Stosh is, and while the episode doesn’t do much with this – opting instead for a hilarious The Godfather homage, with Stosh’s son playing a surprisingly effective James Caan – the foundation for great character growth (both for Stosh and Zara) is front and center in the closing moments, an unfortunately promising sign for a sitcom that has a 0.0001% of a chance of fulfilling this promise in a second season (which I can dream would feature more of the best Polish jokes I’ve ever seen on television; what this episode does alone with ‘dingus’ is wonderful). Absent of the typical romantic beats of early comedy episodes, Weird Loners has quickly built out a cast of characters that are equally empathetic and damaged, in ways that are much more balanced than most shows of its ilk, and make its fairly rudimentary philosophies about human connection vibrant, relatable pieces of comedy. 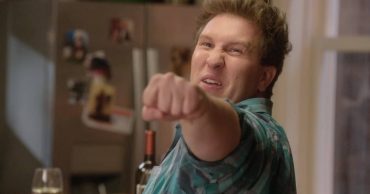 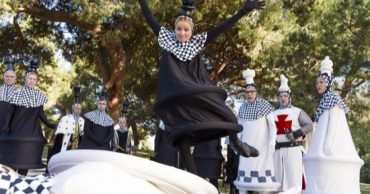 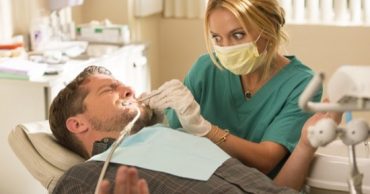 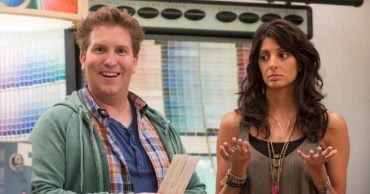