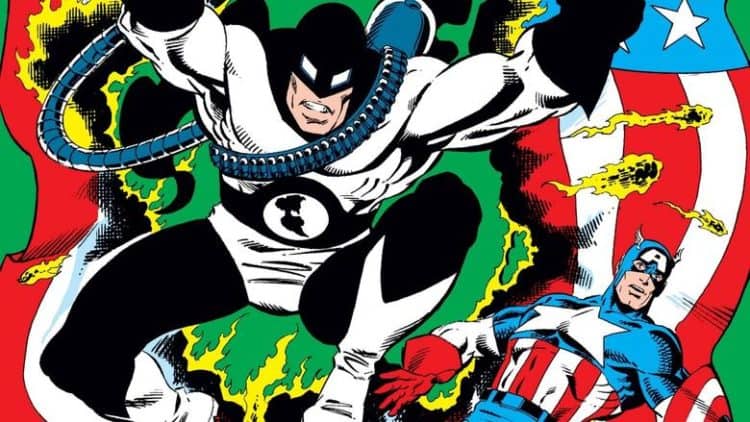 As it’s been mentioned, the Flag-Smashers will be showing up in the upcoming Disney+ show, Falcon and The Winter Soldier, but it feels as though we’re still going to need a little more history on the Flag-Smashers and how they originated. Even if their name and their purpose are explained in the show it does feel as though going back to the original Flag-Smasher would be a great way to go for another show simply because it would be a better explanation of the name and the movement it created with the group ULTIMATUM. The original character that created the name of Flag-Smasher was an individual that wanted to become a diplomat until he saw his father trampled during a riot at a Latverian embassy. From there his desire to do away with nations, flags and anything to do with any kind of superiority that one nation might hold over another was born. It might sound a little silly, but the Flag-Smasher was under the impression that he was the good guy by trying to promote unity and to bring the world together under one belief, but the way he went about it was deemed unacceptable by quite a few people, Captain America being one of those since he’s always been about upholding America in one way or another. But while Cap managed to defeat Flag-Smasher, the guy just kept coming back.

Funny enough, ULTIMATUM, the group that he led, was funded by none other than the Red Skull, which of course was abhorrent to a man that fought for no flag or causes other than unity and the chance to live in peace without constant oppression. When his own group turned on him, the Flag-Smasher had to enlist the help of Captain America to thwart a plot that the group was attempting to push through, but not long after that, he went back to his old ways. His ideology is simple enough, he doesn’t want any single country to have the ability to lord their status over another, and yet one has to wonder just who he would want to see in charge, if not himself. The idea of unity is one that Cap could get behind, but he couldn’t agree with FS’s methods since the guy was willing to promote anarchy in various countries to make sure that people knew what he was all about. A show about the Flag-Smashers would actually be one that might get a great deal of attention in today’s politically-charged climate, especially given what’s been happening across the USA as of now.

Given that the group will be featured in an MCU show it might be best to see how the reception of said characters is going to play out first before going forward with such an idea, but it does sound like something that could work since it would open up the story that’s available to Falcon and the Winter Soldier a bit more since the two of them are at this time kind of an odd couple no matter that they did have a sort of chemistry in Captain America: Civil War. Seeing them together in their own show is going to be interesting since their personalities don’t really mesh with each other in the MCU as we’ve seen, and yet someone decided to think that the two best friends of Captain America would be the best people to put together for a show. It could be worse, each man could have been paired with someone completely different that wouldn’t have made a bit of sense. But seeing how they interact outside of the movies is going to be something that might make it clear as to whether or not they work as a team or if they’re better off as a part of a bigger unit when all is said and done. It does feel as if the show is going to be pushing a lot of ideas that will lead into the rest of phase 4 as well, as right now WandaVision has veered off in another direction that will hopefully be redirected to the next big event in the MCU that will probably take a phase or two to develop. What’s really amusing is that one way or another, someone is going to have to come up with a way to top Infinity War in terms of storyline and profitability since Infinity War and Endgame were epic on a scale that’s hard to match.

It almost feels as though the Flag-Smashers are going to be an afterthought once phase 4 really gets going, but it’s possible that they’ll be given a bit more prominence if they’re already showing up in Falcon and The Winter Soldier. As of now though it would be nice to know as much as possible about them in the show, that way it’s less of a surprise if they do show up later.