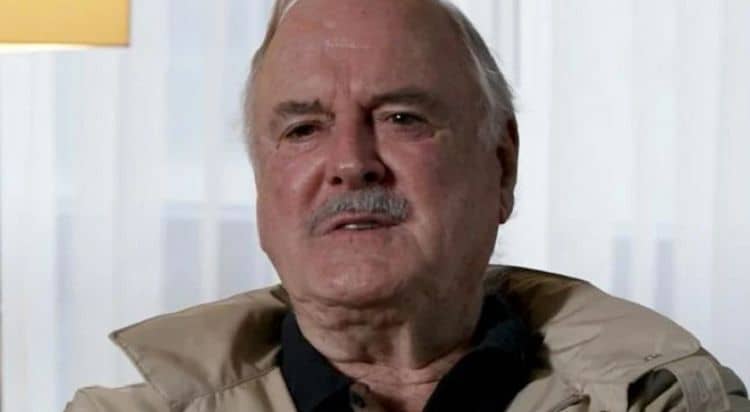 First off, without any offense, John Cleese has definitely aged quite a bit, as tends to happen when the years go by and that anti-aging formula no longer works or runs out. Second, Monty Python and the Holy Grail still stands as one of the funniest movies of all time, though its fame is likely going the way of the dodo largely because it is a movie that was perfect for several generations but isn’t being picked up on by quite as many people these days as it used to largely because the sense of humor needed for it is somehow lessening in the world it feels like. All that being said though, listening to John Cleese talk even a little bit about it is great since he was one of the guys that was impacted the most by it as he’s been a legendary actor for some time now and has crossed over from English humor to American movies and even TV during the course of his career as we’ve seen with great success. It’s true that British humor is, at times, kind of hard to take since it’s not quite the same at times and can be a little awkward, but there are many cases in which British humor and the deadpan manner that some individuals can deliver their jokes and acts in produces classics that are hard to deny when it comes to their effect on society. People have been revering the movie for so long that it felt at one point as though it would go on to last forever, and it likely will since there will always be someone to pick it up and start laughing, but it might not enjoy the spotlight anytime soon unless someone is willing to show it off for the world yet again.

The fact that Pink Floyd, Genesis, and  Led Zeppelin wanted to see this movie made and were willing to put up the money to make it happen is evidence that Monty Python’s Flying Circus was a smash hit with fans that many felt was absolutely needed. When inspiration strikes and the money to make it work is there it would be kind of foolish not to say yes, so obviously this was an idea that was fated to happen in some way. That it became as big as it did isn’t too hard to figure since the fans were already in place and ready to see more from whoever was willing to give it to them. To say that Monty Python and the Holy Grail was a lot of pandering to the fans wouldn’t be fair at all since it was an effort to bring comedy to a willing fan base that was already there and willing to pay the money to see the movie, meaning that they weren’t pandering to fans, they were answering the call in a way that some people reacted positively to and some people didn’t care much for. Oh yes, it’s true, there are people that have never liked this movie, but those of us that laughed our way through it don’t generally accept that negativity into our lives. Don’t worry, I’m kidding….kind of.

Even today it’s a moment worthy of a shocked gasp if someone says they didn’t like the movie, but usually in a comical way since people don’t take this kind of thing personally and usually wonder how anyone couldn’t laugh at the movie until they realize it’s not everyone’s cup of tea. That’s the truth really since comedy has changed quite a bit throughout the years, and while this movie is still a classic it’s still something that was perfect for its time and hasn’t aged quite as well as people think. It’s still funny, don’t get me wrong, but it’s definitely been falling when it comes to popularity throughout the years and it’s been left behind quite a bit, though it’s still a legend among those that have watched it in the past and still hold it up as a special and very personal favorite. This is the way of movies, actors, and anything that’s a part of the entertainment industry however, they have their heyday, their prime, and then they move on along with everything else. John Cleese has been ridiculously funny for years on end now, but like the movie that he helped to make so famous, he’s even starting to fade just a bit, as he entered his 80s as of last year and is still looking pretty hale for his age, but is obviously starting to tire just a bit. This happens to everyone, but that doesn’t make them any less great. More likely than anything Cleese and this movie will be remembered for quite a while to come, and for good reason.