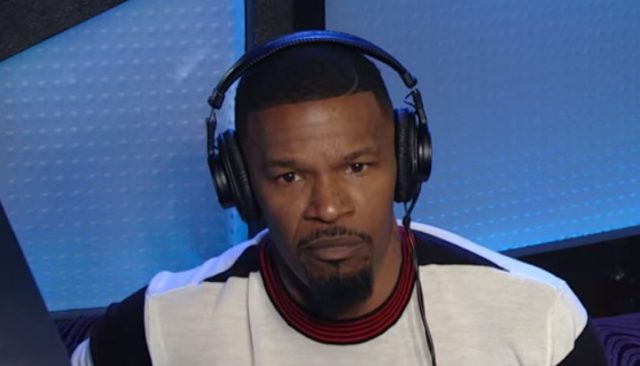 Right now you can catch Jamie Foxx hosting the game show “Beat Shazam,” but if you had a chance to listen to him talk on Howard Stern about a week ago you would have caught something pretty special.   Foxx was a guest on Sirius XM last week and he had a chance to recall his experience of working on the movie Django Unchained which was directed by Quentin Tarantino.  It was the first time the actor had a chance to work with the legendary director.

While just about every actor that works with Tarantino considers him to be a genius, most admit that working with someone as talented as Tarantino has its drawbacks.  One of those drawbacks is perfection.  Tarantino has been known to be somewhat of a “tyrant” on set mainly because he doesn’t want any actor messing with his vision for what he wants a film to be.  Foxx elaborated on this with Stern and in the process wound up giving Stern one of the most spot on impressions you’ll ever seen of Quentin Tarantino.