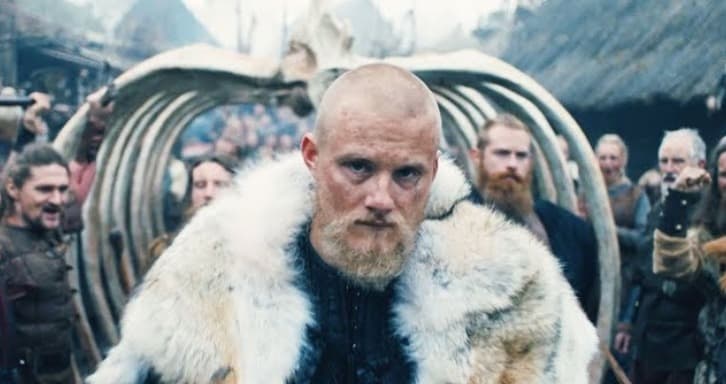 Season 6 of Vikings is on the way and will be here in early December and there’s no other way to say it, we’re pumped and ready to see the show take things to the next level. Ever since the fall of Ragnar things have been ramping up to a moment in time when the sons of Ragnar would need to figure out just how they’re going to work things out between them. It’s been kind of obvious for a while that Ivar the Boneless has been the guy that everyone needs to look out for, while Bjorn is the brother that wants to stabilize the region and make things work the way they should. Ragnar might not have been the perfect father or role model for his sons but he did what he could and he taught them all a little something before finally meeting his end. But in season 6 it looks as though his sons are facing a catastrophe that will leave a couple of them glad that they didn’t gain the throne and two of them at continual odds with each other as they try to do what’s best for their people. Of course when it comes to Ivar the best he can do for his people, in his mind, is to rule them with an iron fist as he attempted to do before Bjorn and his allies finally sent him packing. With new allies looking to make Kattegat yet another conquest however, Ivar is returning to bedevil his older brother in a big and very threatening manner. Matt Webb Mitovich of TVLine has more to say on this matter.

So far what we can tell from the trailer is that Kattegat is still there, still operating, and yet it might be feeling a bit of unrest still despite its liberation from Ivar’s unkind grip. Bjorn has for a long time been the wanderer, the man that seeks to do things his own way, and has never really shown any desire to rule over his people. But the prospect of Ivar ruling in the place of their father was a proposition that very few could tolerate, as even Ivar’s wife decided to betray him thanks to what she’d seen and experienced. While it may not all be historically sound and might not cling to the historical tales we can look up online and in old textbooks, the idea of the vikings and their era has been clung to in a big way since the lifestyle, the dress, and the utter lack of horned helmets has been nice considering that the program has shown more historical accuracy than most movies have done in the history of cinema. But what’s really great is the dynamic between the sons of Ragnar, as in the histories Ivar is the most dominant and as some stories go might not have been the cripple that he’s presented as in the History channel’s view. Some would go along with this idea that he did have a bone disease that made his skeletal structure very brittle, but many tales speak of Ivar as a fearless berserker, one of the most dangerous of all vikings since berserker’s would wade into battle without a care in the world as to their safety or well-being, and would fight like demons some said.

This aspect at least is sound since Ivar, in the show, is seen to fight like a man possessed and has the kind of skill and ferocity that absolutely terrifies his enemies given that he simply won’t back down. That little fact might have left a bad taste in the mouths of many fans at the end of season five when he tucked tail and ran, but one has to think that Ivar has never been shown to be foolish either. One on one, there are a lot of opponents that wouldn’t be able to stand against Ivar and his level of rage and skill. Being a cripple in the show does leave him at a severe disadvantage, but it has also been shown that he’s had to be just as tough if not tougher than a lot of the others around him for the simple reason that to be any less is to give in to his infirmity and therefore just wait to die. Ivar has made it possible for himself to not only stand on an even level with others, but has made it known that his propensity for violence knows no bounds. This is a guy that killed his own brother for daring to make fun of him after all, even if the story wasn’t entirely holding with history.

The sixth season is going to be epic as Eric Pedersen of Deadline might agree, and it’s likely going to be the last as it’s already been stated. With that in mind it’s going to come down to whether the show will be given a more historical ending or if it will continue with its own narrative and rewrite history to serve its own purpose.