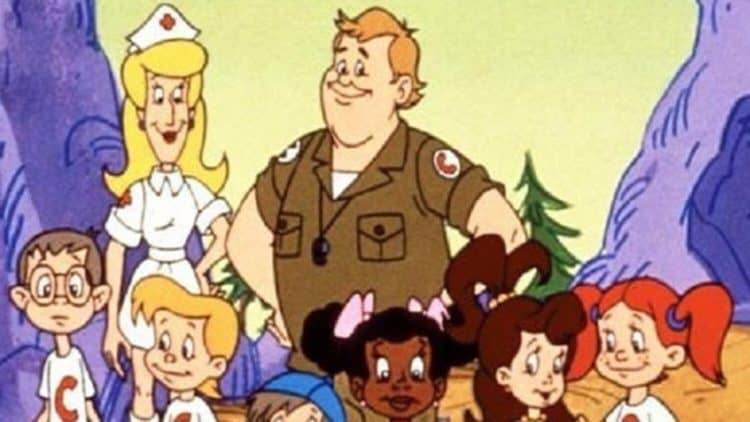 This is definitely one of those moments when a lot of us might look back and wonder who’s going to be the first to admit that they watched Camp Candy and who loved it the most. Some of us might have been getting on to other things in our lives and moving steadily away from cartoons for a while, and others might have been seeking solace in the fact that Saturday cartoons were still a thing that we could depend on after a rough week at school. But Camp Candy was actually pretty special when compared to many other shows since it wasn’t just a lot of fun to watch, but it actually featured the namesake of the show as the lead voice actor. It’s still a special thing when a big-name actor steps on board to help with a project, but this was something else since back in the day, John Candy had already become a big movie star and he was a well-known and respected comedian as well. To take on an animated show such as this was something that a lot of kids enjoyed since the guy was a gas to watch and listen to and could keep a person’s attention like few others. The idea of actually being able to go to Camp Candy was something that a lot of kids couldn’t help but think of as one of the greatest things in the world at that time. Obviously a lot of kids found out that this wasn’t possible and were a bit disappointed, but the fact that John Candy would show up before and after the show to teach us a little something about nature and a few other things was enough to keep the interest of many people since it was educational as well as fun. The fact that anyone still remembers this show isn’t too hard to believe since back in the 90s there were a lot of shows and movies that helped to shape the decade and even influence pop culture as it continued to move forward. Camp Candy might not be considered to be one of those that did the most influencing, but it created some of the most long-lasting memories since if people think back they can probably remember at least a little bit about the show, beyond the fact that it starred John Candy.

Back in the day, it was pretty common to see comedic personalities get their own show that would detail their lives from childhood, but Candy’s was great simply because it brought the childhood aspect into it without focusing entirely on Candy since he played his own lovable, grown, self. Whatever John was like as a kid or a teen or anything before his rise to fame wasn’t something we were subjected to, even though Life with Louie wasn’t too bad, since his time as an adult comedian was something that people prized above anything else. The guy was funny in a way that you couldn’t really avoid laughing at since if he didn’t get you to laugh in one way, he’d find another angle and work that in order to get a smile out of just about anyone. There were those that didn’t enjoy Candy’s antics, but comedy is a personal thing and if an individual doesn’t like it they can move on. Quite a few people managed to get a kick out of Candy though since his show was funny, educational, and it didn’t really push the boundaries of good taste in a way that parents didn’t care for. In fact, for a show made in the late 80s to early 90s, it was pretty tame when it could have been as fringe as anything we see today.

But Candy was so invested in the show that he took a great interest in keeping things clean, friendly, and capable of entertaining pretty much anyone that decided to watch. It might have been a bit corny and even hokey at times, but the fact is that this show entertained a lot of kids in the few years it was on the air, and the fact that it’s almost disappeared is kind of disconcerting since it was one of the funnier shows back in its time. Today’s animated series range from wholesome and educational to ‘this is for kids?’, which means that there’s a wide array of content out there that some folks think is okay for children and others wouldn’t show to adults, let alone kids. But Camp Candy was for pretty much everyone, especially those that were interested in learning something they might not have known while being given a chance to laugh at the antics of the camp counselor and the campers. There’s no real desire to bring Camp Candy back since without John it just wouldn’t be the same, but remembering the show at the very least would be a smart thing to do.