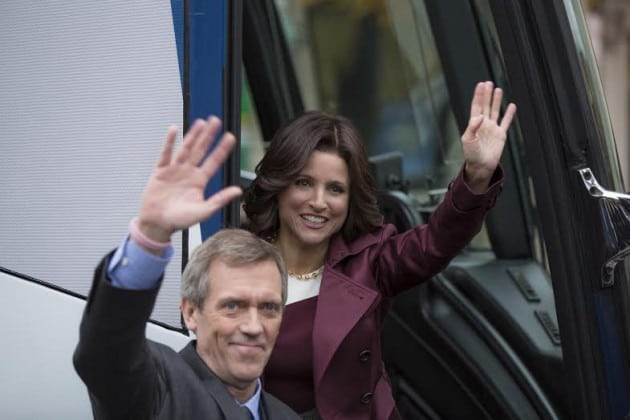 This week’s Veep opens with Selina and her new ticket mate, Tom James, hot on the campaign trails. Their tour is going smoothly, since Tom is more than pulling his weight and is giving the campaign boost, thanks to his graciousness, and his way with words. Tom seems like a people person, which makes him very popular; he simply attracts and engages potential voters effortlessly, while Selina’s social game has always been hilariously rusty and awkward. On the other hand, the new VP hopeful’s popularity actually turns him into as a scene stealer, a fact even the POTUS is aware of, and as a result, she pushes Mike to get her more headlines, even when there is nothing to be reported. Amy’s last words resonate as Selina insists on more stories: she has accomplished nothing. Otherwise, articles would be flowing. Tom is clearly the charismatic politician, while Selina is the kind that needs the gimmick. In this case, she wants credit for picking such a welcomed candidate to join her in the run towards elected presidency, which, let’s not forget, was not the case since he was Amy’s pick.

As if being outshined wasn’t enough of an issue, Selina increases the chances of her campaign crashing and burning by picking up on nonexistent sexual tension between her and her running mate. Like many times before, the most powerful woman in the country is the only one capable of seeing something where there is nothing, while she absolutely neglects the fact that Gary keeps making puppy dog eyes at her. Furthermore, she confides in him that, twelve years ago, Tom and her almost got to know each other carnally.

While diligently engaging in all kinds of activities as part of the campaign, Selina and Tom take part in a bike riding event, where the president is worried that she might make a fool of herself since she is not a proficient biker. To make sure that she will not be eclipsed by the potential VP, she asks him how skilled he is, only to be remembered of two things: 1. as the virtuous politician he is, Tom is a master of the humble brag and 2. Selina’s life and career are ruled by Murphy’s Laws, so of course he would surpass her and have participated on the Tour of Italy in 2008! Even when it comes to bicycles, he beats her, but there’s nothing malicious about. Tom is just far more presidential than Selina will ever be. To make matters worse, when the POTUS tries to reminisce with the other half of the ticket about that night where she remembers they almost shared a bed, Tom only happens to recall the color of her shoes and that they gave her corns. Julia Louis-Dreyfus absolutely nails the “I-want-to-disappear-right-now” face.

Meanwhile, in the B-plot, the newly unemployed Amy is furious at Mike, who stated via press release that Amy had left the White House because she is mentally unstable. With little to no power to change matters, the wisest and most dynamic member of the team Selina ever had (who she foolishly let depart), decides to incite a text crusade. She insults Mike, hoping to get back for the damage he has done to her reputation, which, let’s be fair, was uncalled for. Kent seems to be the only staffer who is reacting to Amy hating Mike and is perplexed as to how vengeful interactions operate. He has always been a heads-will-roll kind of guy. That said, D.C.’s dirty games are depicted to a T: there are those who one day are in and the next out (Dan, Amy, even Karen), and those who seem to never leave, despite how low their morals are, how incredibly wrong they are for the positions they fill, or how often they are the punchline (Doyle, and to a certain extent, Jonah).

In what I find to be an unpredictable development, Dan decided to help Amy get a job at PKM. It is a nice gesture, yet a dangerous one. He has always been smart, and the fact that he doesn’t feel threatened by a force of nature like her former co-worker shows that his cockiness is acting as blinders. Because he somehow underestimated the former campaign manager, missed their on and off camaraderie, or has a thing for her, Dan was actually a decent person to Amy. I don’t think he has ever been so thoughtful and selfless towards anyone. As a matter of fact, in this episode, he proves how self-centered he is by throwing a party in his own honor to celebrate that he did not become another DC has-been. However, then, the script is flipped and we again see that he has an actual heart when he has saves Amy from an escalation of the symptoms of what seemed like a mental breakdown.

Even though Amy screams and the police almost take Dan in custody, and in spite of the girl’s statement that she hated D.C., using leech philosophy, Dan tells her that they will make money out of those who let them go. Additionally, he suggests she spends some time in a spa.  To Amy’s credit, she tries the latter for seven whole minutes.

Back to the presidential campaign, a pancake breakfast is taking place in Connecticut.  As predicted, Selina is miserable and faking it till she makes it, while Tom, naturally, is a pancake ninja. She really looks out of place next to him. If it wasn’t because she already is the POTUS, I’d say that, politically, he is out of her league.

The pancake event is cut short given that a hurricane is supposed to strike North Carolina, and Tom indicates that a natural disaster could benefit the Commander-in-Chief. However, as is the law of the Veep universe, all good ideas produce atrocious political results: the storm misses North Carolina and hits Florida instead, where Selina’s opponents are. Her state of emergency was requested for nothing.

“Storms and Pancakes” was a terrific episode of Veep in which Selina, for a change, is not her own worst enemy. Instead, one of her best assets is making her look bad, which, both conceptually and in execution, worked like a charm. In addition, in spite of the shake-ups that the staff went through, there is no dwelling to slow down the plots, which rings very true to how things work in the real world and benefited the comedy greatly. Additionally, Amy and Dan working together could be priceless.

– Amy undoubtedly puled a Broockheimer on Dan by showing what she is made of, that she is a capable woman, and that she can be ruthless and take his clients, office, and parking spot, even if he was the one who facilitated the job offer. In all fairness, I thought Amy could have at least spared him the parking spot; however, she took no prisoners and made a stand. Yes, Dan played a big role in her becoming a lobbyist, BUT she can get things done. She is not one to need a favor. Girl Power!

– Jonah’s storyline regarding the class action lawsuit against Teddy was flawless. There are so many ways that idea could have gone wrong, and yet humor reigned supreme as he was asked to testify and found out that he was the only male victim of Teddy. However, there is a catch: all the women who are going after the predator possess a clear resemblance to the White House’s giant.

– Gary’s “You are BeyoncÃ©. He is backup booty.” Regarding Tom. 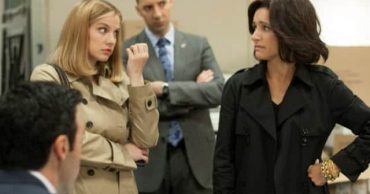 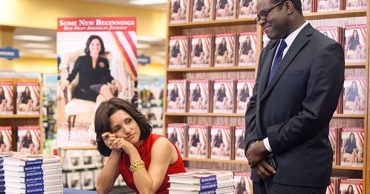 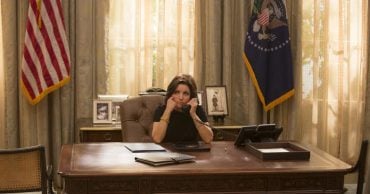 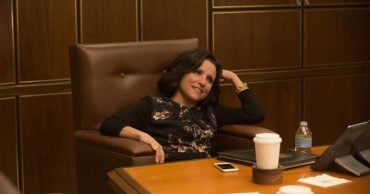 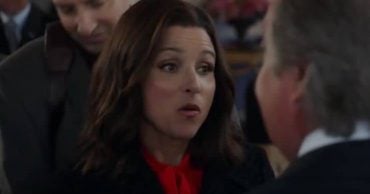 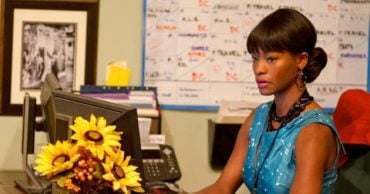