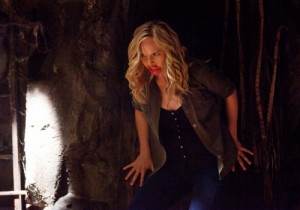 Holy wow! I’m going to agree with Mark (his excellent recap of “Kill or Be Killed” can be found here) and say that this episode deserves a hearty round of applause for such excellent story telling. Not only were questions that were thrown up last week answered but there were reveals aplenty, moments of high tension and anticipation and a cliff hanger that I did not see coming.

Nothing good could come from Damon failing in his plot to kill Mason, and this week the consequences of this failure were almost deadly as Mason revealed to the Sheriff (or Liz as she is out of uniform) that Damon and Stefan are vampires. She took some convincing showing what a brilliant job that they have both done at integrating themselves in Mystic Falls, especially with Damon and his work with the Council. The vervain in the lemonade revealed their true identities and sealed their fate at the sheriff’s hands. Though the hurt that this caused Sheriff Forbes was nothing in comparison to her reaction to seeing her daughter with a blood smeared face after she masterfully took down the deputies. Caroline is indeed a vampire that you shouldn’t mess with and shows that her strength is so much more than Stefan’s all because she drinks the people blood (more on that later).

Caroline might have physical strength but she is emotionally fragile, feeling guilt toward her behaviour with Elena and Stefan, fear toward Katherine and as a complete disappointment toward her mother. It’s not like she was ever particularly close to the Sheriff, who she resented for putting her career first but when she overheard her saying that she was no longer her daughter the look on Caroline’s face was beyond hurt. This coupled with them compelling mama Forbes after the vervain leaves her system will make her relationship with her daughter all the more heartbreaking to watch. Candice Accola was amazing once again this week at portraying both this strong and vulnerable Caroline, and this season she has been a strong asset to the show as a vampire.

Damon starts to restore the friendship that he and Elena once had in his handling of the Sheriff Forbes issue and how he treats Caroline. He can still be bad ass Damon and be the good guy, even if he believes (as Mason does) that nice can be overrated. It works well that Damon and Elena are beginning to restores some thing towards what they once had, though I’m glad that they are doing it in baby steps as he did kill her brother after all. Damon and Stefan working together as a team is also thrilling to watch and despite it being a trap it was good to see them go after Mason as a unit. Damon also threw Stefan a bone regarding Elena over the issue of his desire to drink human blood for strength, considering that they have both Mason and Katherine to contend with seems the most sensible solution, even if it is a dangerous one.

Stefan’s logic that he can control his blood urge by having a few drops a day as Katherine has done with vervain seems pretty solid but considering how he behaved last time he was on the human stuff it is understandable why Elena is sceptical. I’m sure that it won’t be a simple as him having a few drops without their being a problem but I am looking forward to seeing Stefan becoming stronger and it will make what ever fight is coming even more enticing. The scene where Elena offers up her blood was both romantic and perilous, what would happen if he couldn’t control himself? He did and it ended with a sweet kiss turning to passion, though does this make up for the tension and issues raised in their fake but all too real argument from earlier in the episode?

So to the big reveals which bookended the episode; who Mason killed to become a werewolf and why he needs the moonstone. The human life Mason took was of a friend in a drunken fight after Mason was accused of sleeping with his girlfriend. This was a plausible reason and an accident, this led to tension in the scene with Tyler and drunken Sarah falling down the stairs as it looked like it could be Tyler’s moment to succumb to the curse. This was not to be but underlies how tense it will be whenever Tyler is around and there is potential for a human life to be taken, as was the case when he had Jeremy by the throat, can he always control himself? Jeremy and Tyler have had an interesting relationship and after how much they have been through mirroring each other I’m glad to see a friendship forming, though Jeremy not revealing all that he knows regarding the supernatural sets up future conflict.

Tyler in the end gives up the moonstone to Mason and despite not finding out what it does, finding out who wanted it was a shocking and unexpected twist; Katherine! It really shouldn’t be that shocking considering that we know that Katherine is capable of anything and was the one who gave up the stone back in 1864. What she wants with it is unknown but to see that she is romantically entangled with Mason and was the one who provoked the bar fight that led to Mason’s transformation was a surprising and welcome move. Is there any one that she doesn’t have working for her? A+

So readers, what did you think? Will Stefan be able to control his blood lust? Why does Katherine want the moon stone? When will Damon be back in Elena’s good graces? Hit up the comments below or join us in The Vampire Diaries forums and we will see you in two weeks (it’s going to be agony I know) when The Vampire Diaries returns. 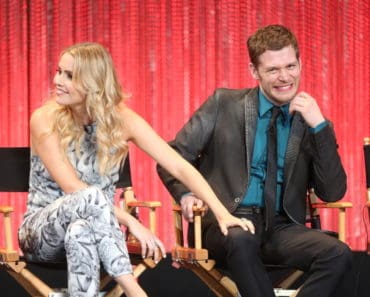 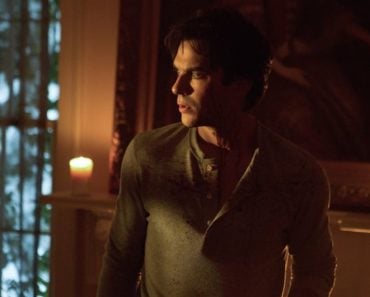 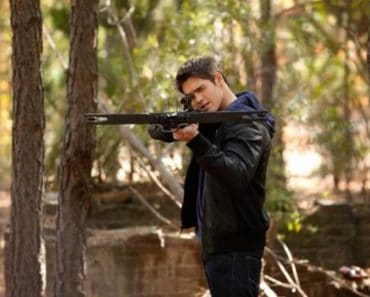 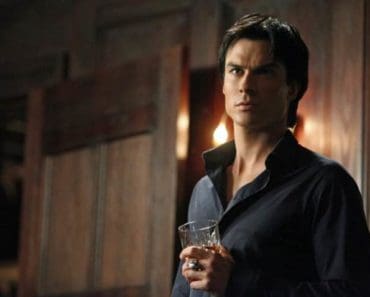 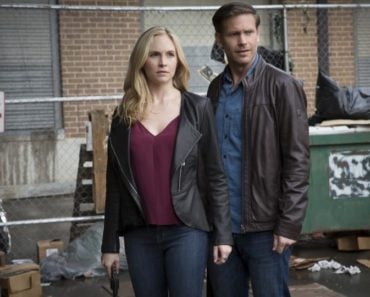 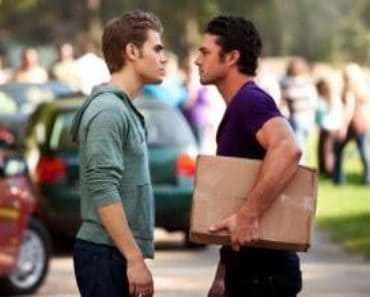