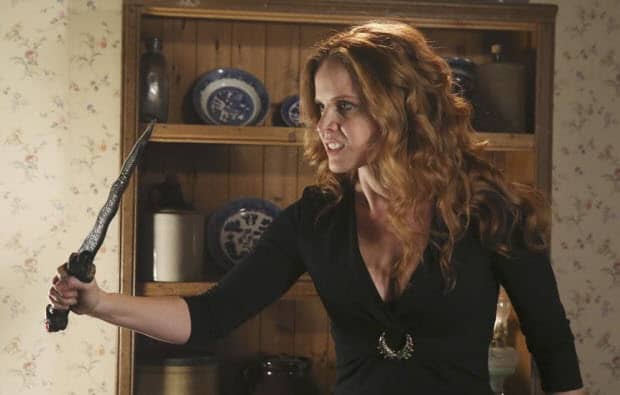 One of the best casting jobs that have ever been done on Once Upon a Time, is without doubt, Rose McGowan as the younger version of Regina’s evil mother, Cora.

Even though this was just her second appearance, it was a big strength to this episode because McGowan embodies how Barbara Hershey played the adult Cora, just as a younger version, so well. McGowan even does the smallest details perfectly, like the way she talks, sits and even some of the hand gestures. While her first episode was very enjoyable, this one was a lot more powerful because it gave the viewers’ more knowledge on why Cora became the woman that they saw when Hershey was on the show last year.

It also portrayed Cora as a more tragic character because this was a woman who genuinely wanted happiness, but the people that she would let into her life wouldn’t allow that. I don’t think I ever felt this much sympathy for Hershey’s Cora when she was still around because the only side that she showed the viewers was this evil persona. However, McGowan, as well as the writers, got the chance to tell the viewers’ that story of why she became that way and it’s all tied into a very nice knot. But they decided to go one step further which was giving us a parallel to how Regina and Snow White became enemies by making Princess Eva (who would later become Snow’s birth mother) a villain to Cora.

If you think about it, what Snow did as a child to Regina, is pretty much what Eva did to Cora by telling Prince Leopold that Cora was with child. It’s still so hard to imagine how and when this Eva that we saw last night becomes the kind and warm mother to Snow later on.  Because of all the tragic things that Cora has to go through, it leads up to the moment when she decided to give Zelena away. It remains to be seen whether or not they will feature more of Cora’s backstory, but if this was it, it felt like it ended on an appropriate spot.

“Bleeding Through” was also a great Snow/Regina centric episode because it’s been a while since they got to do a big arc together. It’s always enjoyable to see them having a heart-to-heart, whether Regina wants it or not. The subject of Snow killing Cora last year was brought up and it was good that they did bring it up again because this is still a big thing that the show did with Snow as a character. Just seeing Regina and Snow talking about it without Regina trying to get revenge on her, was a nice thing to see.

The whole deal about trying to get answers from Cora’s spirit about why she gave up Zelena was visually freaky because seeing McGowan as a cloaked ghost is definitely intimidating. I liked that she didn’t say anything and that the whole point for her was to get into Snow’s body so that she could show her everything.

It’s safe to say that it’s 100% creepy seeing Zelena controlling Rumple and how intimate she seems to want to be with him. Even though it’s irritating seeing him being Zelena’s doll (as she calls it), they will probably wrap that arc up in the season finale because how long is he going to be her prisoner?

Overall, “Bleeding Through” was a much stronger episode, compared to the last three episodes we have seen in the second half of this season. 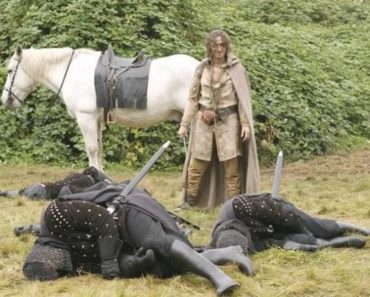 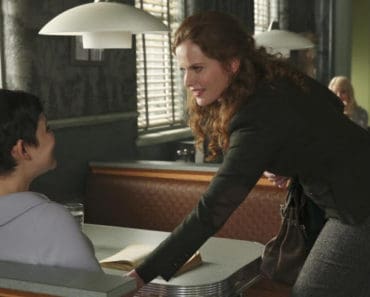